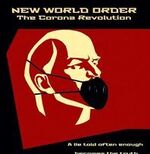 Before you watch the feature video below, watch this video first, it’s just a few minutes. Then as we watch the feature video… It’s so weird to watch how things are falling into place. I always thought it was a far flung conspiracy not even to happen in my lifetime But here it is. I … END_OF_DOCUMENT_TOKEN_TO_BE_REPLACED

How stuff works The US “war on drugs” in Colombia presents a compelling case of anti-communist rhetoric being combined with and eventually overtaken by counter-narcotics rhetoric to justify continued intervention in the country. They won’t be directly engaged in fighting, but the United States has committed to sending more trainers to Colombia, as part of … END_OF_DOCUMENT_TOKEN_TO_BE_REPLACED

Where do these cops think they’re at, “israel”? The “israelis” should have reminded them that in the US they are not immune to public scrutiny and should not pose for cameras while committing crimes! ‘I can’t breathe,’ another black man brutally killed by US police https://t.co/2pZPylj5cR #BlackLivesMatter #PoliceBrutality #ICantBreath pic.twitter.com/n7myhxvrFr — Press TV (@PressTV) May … END_OF_DOCUMENT_TOKEN_TO_BE_REPLACED

“The prime impetus. . . was almost certainly to stem the rising tide of humanitarian vessels destined for Gaza.” He concludes that the fundamental truth is that the attack was a key part of “an Israeli plan or policy targeting humanitarian missions destined for Gaza so as to perpetuate crimes against humanity in Gaza.” May … END_OF_DOCUMENT_TOKEN_TO_BE_REPLACED

May 27, 2020 “israeli” occupation forces yesterday announced the destruction of ten wells in the town of Az-Zawiya, west of Salfit in the north of the West Bank. The Palestinian News Agency (Wafa) quoted local sources as saying that occupation forces handed over demolition notices to owners of the water wells in the western region of the … END_OF_DOCUMENT_TOKEN_TO_BE_REPLACED

‘No nation should accept rockets fired into its borders,’ Obama says of Israel’s ground push It is not self-defense…It is a vengeful military aggression intentionally planned and perpetrated by the occupying power on the civilian population under its occupation. I was one of the idiots with Obama fever during the 2008 election. I was stunned … END_OF_DOCUMENT_TOKEN_TO_BE_REPLACED

I’ve often wondered just what kind of people would be pro-“israel”…and I think of this kind. And Republican comes to mind. May 20, 2020 The Trump administration has just delivered a one-two punch to Alaska’s wildlife: it has announced that it will release a final National Park Service rule allowing some of the cruelest practices … END_OF_DOCUMENT_TOKEN_TO_BE_REPLACED

The Zionist entity called Israel is a spurious state planted on the soil of Palestine by the British in 1948 through the illegal settlement between the two world wars of hundreds of thousands of East European Khazar Jews, who had no connection, whatsoever, to the ancient Israelite tribes. “Monopoly Capitalism, Zionism, Communism, Nazism & Fascism: … END_OF_DOCUMENT_TOKEN_TO_BE_REPLACED

“If the Israelis are confusing unarmed children with terrorists, I suppose it’s just fine to confuse All Jews with Zionist terrorists.” ― Dmitry Dyatlov A painstaking reconstruction of a series of Israeli airstrikes that killed two Palestinian boys on the roof of a building in Gaza City this summer suggests that Israel’s military tampered with … END_OF_DOCUMENT_TOKEN_TO_BE_REPLACED

Plan Dalet was an ethnic cleansing plan. It has paved the way for more years of terrorism committed by the so called Israel, which established itself on may 14, 1948. 72 years of abuse and killing against the Palestinians, right in the eyes of the world!#Nakba72#Act4Palestine pic.twitter.com/LY5OHus4P4 — Palestinian Eve 🇵🇸 (@Palestinian_Eve) May 20, 2020 … END_OF_DOCUMENT_TOKEN_TO_BE_REPLACED

Mike Pompeo is warning that there will be consequences if the International Criminal Court (ICC) investigates Israel. It sounds like a gangster style warning. Warning about ‘consequences’ actually is often code for ‘we will kill you and your family’ among organized crime figures, and the people in politics who are basically organized crime types. A … END_OF_DOCUMENT_TOKEN_TO_BE_REPLACED

May 19, 2020 Since the International Criminal Court (ICC) determined that Palestine is a state for the purpose of its investigations into war crimes committed by Israel against Palestinian civilians, a fresh round of threats against the institution is taking place. US Secretary of State Mike Pompeo has warned of consequences based upon his government’s interpretation of what … END_OF_DOCUMENT_TOKEN_TO_BE_REPLACED

52
0
LAGenie Retweeted · tim anderson @timand2037
4 days ago
Compare US police state racist and inhuman tactics with those of the colonists in occupied #Palestine https://t.co/KCwXm2erNa
View on Twitter
414
0
LAGenie Retweeted · True Torah Jews @TorahJews
7 days ago
It's no news that Jews & Muslims lived in peace for 100s of years. Not only were we not enemies, but rather came together as friends.