The 12 Israeli teen rapists were released from authorities and free to fly back to Israel. No charges. Cypriot cops forced her to sign a “confession” that she had lied about the gang rape. 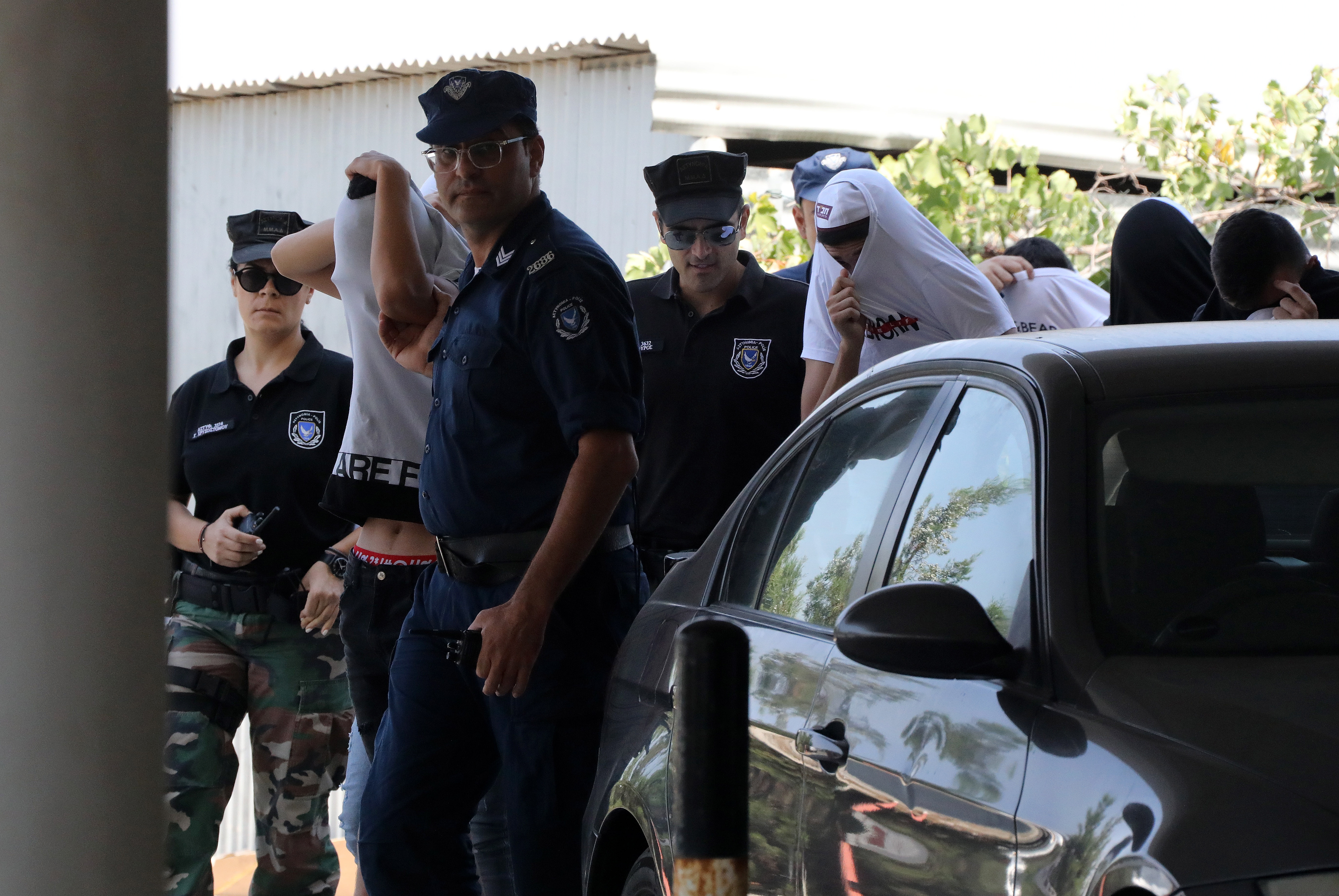 THE British teen convicted of making up gang rape claims in Cyprus said 12 Israeli men “ran away like rats” after the alleged attack.

The woman, then 18, also revealed she doesn’t know how many of the group allegedly raped her during the horrific ordeal.

Recalling the moments after the alleged assault, she revealed how she broke free and sprinted onto the street in the clubber’s paradise.

But the gang followed her out onto the street, she said.

The teen told the Daily Mail: “I was so frightened I wouldn’t get past them, that I wouldn’t have another opportunity to escape, I absolutely screamed my head off and ran.

“I could see in my peripheral vision they were running after me. I sped up and there was a puddle.

I was screaming and crying, then some of my English friends, who’d heard all the commotion, came out to help me and the Israelis ran away like rats.

“I ran through it and slipped as if on a banana peel. I landed on my elbow and hit my head, and by then the Israeli boys had caught up with me.

“I was screaming and crying, then some of my English friends, who’d heard all the commotion, came out to help me and the Israelis ran away like rats.”

In horrific detail, she also recalls one of her attackers used his knees to pin down her shoulders on a grimy bed as his friends “lined up” to rape her.

The brave victim, who was eventually given a suspended sentence, said: “I thought if I don’t get out of here now, I’m going to die.

“They were lining up, excited, talking and shouting in Hebrew. I was trying to fight them off but I just couldn’t.

“They were like a pack of ­animals — a pack of wolves.”

I thought if I don’t get out of here now, I’m going to die.

Now 19 and back home in ­Derbyshire with her dog, the girl details how Cypriot cops forced her to sign a “confession” that she had lied about the gang rape.

A six-month court battle followed, and she lost 2½st locked up for five weeks in a hellish Cypriot jail.

She also shares extracts from her harrowing prison diary — which she wrote to cope with the trauma of being locked up on remand while suffering post-traumatic stress.

Speaking exclusively to The Sun, she also paid tribute to the “overwhelming” support of our readers, who helped raise more than £150,000 to fund her legal fight.

She has now lodged an appeal to overturn her conviction.

The girl, who cannot be named for legal reasons, vowed: “I told the truth. The fight has just begun.”