Zionism/B’nai B’rith just happen to be one of the most powerful secret Zionist organizations in the United States. 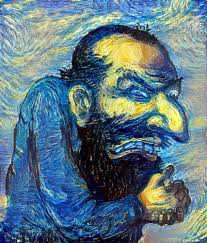 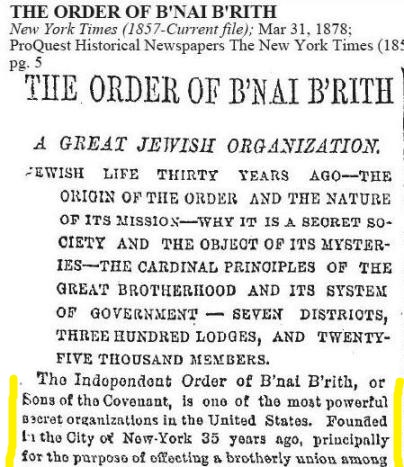 Kaufman and Maraschin wrote in a letter Jan. 29 that Waters, the former bassist for Pink Floyd, is openly anti-Semitic, pointing to his support for the boycott, divestment and sanctions (BDS) movement and arguing that Waters frequently demonizes Israel. 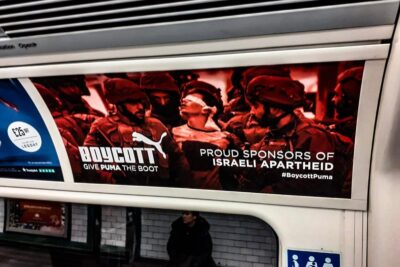 “[Waters] has blamed ‘the Jewish Lobby’ for intimidating anti-Israel critics like him,” they wrote. “And he has falsely labeled the Jewish state a ‘racist apartheid regime’ and claimed Israel is guilty of ‘ethnic cleansing.’”

Kaufman and Maraschin stated that such statements fall under the International Holocaust Remembrance Alliance (IHRA) definition of anti-Semitism. They also pointed to concerts where Waters has displayed the Star of David on a floating pig as an example of his anti-Semitism.

“Major League Baseball has figured prominently in the advancement of civil rights and the struggle against hatred, most notably with the integration of the sport in 1947,” Kaufman and Maraschin wrote.

“B’nai Brith is saddened and outraged that baseball – the sport of Jackie Robinson, Hank Greenberg, Sandy Koufax, and Roberto Clemente – would use its online resources to publicize an individual with an alarming history of anti-Semitic hatred.”

This is the crux of anti-semitism. You can’t be pro-Palestine AND pro-Israel at the same time.

“.@rogerwaters is a major league #antiSemite – @MLB should shut him out,” they wrote.

MLB told the Associated Press that they would send a private response to B’nai Brith.

Musicians like David Draiman, the lead singer of the heavy metal band Disturbed, have been critical of Waters and the BDS movement in the past.

“The very notion that Waters and the rest of his Nazi comrades decide that this is the way to go ahead and foster change is absolute lunacy and idiocy,” Draiman said in a May 30 interview with a Disturbed Facebook fan page. “It makes no sense whatsoever. It’s only based on hatred of a culture and of a people in a society that has been demonized unjustifiably since the beginning of time.”

Waters’ This Is Not a Drill tour starts on July 8 in Pittsburgh, Penn. and ends on Oct. 3 in Dallas, Tex.

“Waters is an avowed anti-Semite whose views on Jews and Israel far exceed the boundaries of civil discourse,” they wrote, adding they were “saddened and outraged that baseball … would use its online resources to publicize an individual with an alarming history of anti-Semitic hatred. We call on MLB to cease providing Roger Waters a platform.” 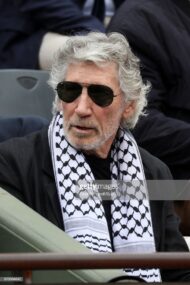 MLB said the promotion was part of an ad buy by AEG/Concerts West for multiple concert tours and that the league will respond to B’nai B’rith privately. AEG and Waters’ spokeswoman, Fran Curtis, did not immediately return a requests for comment.

Attacking the source of food of a nation or laying siege to a city whereby food is a legitimate aim and well used tactic of centuries old warfare.
View on Twitter
0
0
LAGenie Retweeted · True Torah Jews @TorahJews
11 hours ago
Israel uses Jews for their political agendas.

30
0
LAGenie Retweeted · Bint @PalBint
11 hours ago
The last time Israeli forces were present deep inside Lebanon, the massacre of thousands of Palestinians took place in the refugee camps of Sabra and Shatila.

We don't forget. https://t.co/iA3gmGLYhW
View on Twitter
119
0
LAGenie Retweeted · Cold Wind @ColdWind11
11 hours ago
Jeff Smith, particle physicist for the Los Alamos Laboratories of the DOE, a weapons designer and IAEA investigator who had worked in Israel, Syria, Lebanon, Iran, Mali and even spent 2 years in Moscow, confirms that what did this was a nuclear explosion. https://t.co/S07JKl6pKw
View on Twitter

115
0
LAGenie Retweeted · Tarqwin @TarqwinEtruscan
11 hours ago
Clear as day, the Beirut harbour blast was a missile strike. 6 seconds in you can clearly see it coming down. https://t.co/x4DwUumqfC
View on Twitter
1068
0
Follow @lagenie24