Where do these cops think they’re at, “israel”? The “israelis” should have reminded them that in the US they are not immune to public scrutiny and should not pose for cameras while committing crimes!

Compare US police state racist and inhuman tactics with those of the colonists in occupied #Palestine https://t.co/KCwXm2erNa

THIS NEEDS TO STOP. THIS “OFFICER” WAS BEATING A 14 year old black girl. #BlackLivesMatter ✊🏽✊🏾✊🏿 this is pissing me the fuck out. pic.twitter.com/XlKnWtL7Ce

The killings of George Floyd in Minneapolis, who died when a white officer pinned him down with a knee to the neck, and Breonna Taylor, shot in her Louisville, Kentucky, apartment, raise questions as to whether police were engaged in a “pattern or practice of unconstitutional conduct,” House Judiciary Chairman Jerrold Nadler and the other Democratic members told Attorney General William Barr in a letter.

The letter also asks the department to probe the local law enforcement authorities who were responsible for investigating the death of Ahmaud Arbery, another unarmed black man who was gunned down by a former police officer and his son while jogging in his Georgia neighborhood. 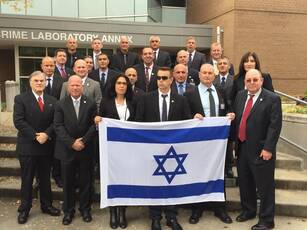 “Public trust in the blind administration of justice is being seriously tested by recent high-profile killings of African-Americans,” Nadler wrote.

The deaths of Floyd, Arbery and Taylor have garnered national attention and civil rights advocates say they are the latest in a long history of racially motivated attacks against unarmed black men and women by white police or perpetrators.

The death of Floyd, 46, sparked sometimes violent protests this week, after video showing him gasping for air while a policeman kneeled on his neck went viral. It echoed the 2014 death of Eric Garner in New York, which helped fuel the rise of the Black Lives Matter movement.

The FBI has already opened investigations of the three latest incidents, and the department has said it is weighing whether to file hate crime charges against Arbery’s killers.

Former Attorney General Jeff Sessions put the brakes on “pattern or practice” probes of alleged systemic discrimination in 2017, after he ordered the department to review consent decrees the Obama administration had struck with troubled police departments.