Who’s the boss? The Biden administration has repeatedly called on Israel not to expand settlements in land Palestinians claim. But Israel’s new government has said it will continue settlement activity. It sees other issues, especially Iran’s nuclear program, as being at the top of the agenda with the U.S. Hanna Bisharat built his house in … END_OF_DOCUMENT_TOKEN_TO_BE_REPLACED 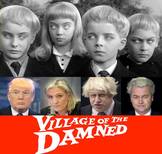 Weapons tested on Palestinians The defense ministry in The Hague claims that military “cooperation between the Netherlands and Israel is primarily aimed at knowledge exchange.” That would be bad enough if it were true, but there is also a huge and valuable weapons trade. In January, the Netherlands signed a $24 million contract with Israeli … END_OF_DOCUMENT_TOKEN_TO_BE_REPLACED

Dublin’s ‘Open House’ architectural festival has shamefully lent its name to an event sponsored by the Israeli Embassy in Ireland. This event, entitled ‘Postcards of our City’ which is due to be launched on at 6.30pm Thursday 4th October in Dublin Civic Trust (4 Castle St, Dublin 2), is the latest attempt by the Israeli … END_OF_DOCUMENT_TOKEN_TO_BE_REPLACED

From Glorious Millennia To Death And Destruction. The Zionist Narrative Is Arguably Responsible For The Welcoming And Forgiving Attitude The Entire World Has Towards The Horrendous, Unforgivable Crimes Committed By Israel Since Its Founding In 1948. In order to prevent the next massacre by Israel, a state that seems to have an insatiable thirst for … END_OF_DOCUMENT_TOKEN_TO_BE_REPLACED

“People simply disappeared, always during the night (cover). Your name was removed from the registers, every record of everything you had ever done was wiped out, your one-time existence was denied and then forgotten. You were abolished, annihilated: vaporized was the usual word.” – George Orwell, 1984, Book 1, Chapter 1  Israel is an imperial … END_OF_DOCUMENT_TOKEN_TO_BE_REPLACED

“We are subject to this fascist filth almost every day in the Knesset,” said Touma-Sliman. 14 October, 2021 An Israeli Knesset member lashed out at Palestinian parliamentarians on Wednesday, saying the first terrorist of Israel should have “finished the job” of expelling them from their homeland. “You’re only here by mistake, because Ben-Gurion didn’t finish the … END_OF_DOCUMENT_TOKEN_TO_BE_REPLACED

Jerusalem /PNN/ The Patriarchs and Heads of Churches in Jerusalem today condemned the city’s Israeli Magistrate Court’s decision to allow Jews to pray “silently” in Al-Haram Al-Sharif, which houses Al-Aqsa Mosque and the Dome of the Rock, the third holiest site in Islam, considering the decision as an offense on the sole rights of Muslims … END_OF_DOCUMENT_TOKEN_TO_BE_REPLACED

I am worried about the Palestinians more than ever now. According to observers, Bennett is a devout Zionist who can not hide his racist, fascist, and ultra-radical views. “I have slain countless Arabs on my own throughout my life, and I have no problem continuing to slaughter them,” he famously stated. He revolutionized Israeli politics … END_OF_DOCUMENT_TOKEN_TO_BE_REPLACED

The Names You’ll Never Know As a parting shot, on its way out of Afghanistan, the United States military launched a drone attack that the Pentagon called a “righteous strike.” The final missile fired during 20 years of occupation, that August 29th airstrike averted an Islamic State car-bomb attack on the last American troops at … END_OF_DOCUMENT_TOKEN_TO_BE_REPLACED

What have America’s elites learned from two decades of global conflict? Almost nothing. How do you forgive leaders for murder? One does NOT, these thugs have to be held to account. Who cares about apologies? October 7, 2021 The anniversary of the 9/11 attacks was marked by days of remembrances—for the courageous rescue workers of … END_OF_DOCUMENT_TOKEN_TO_BE_REPLACED

The State of Israel has been accused of being a state-sponsor of terrorism, and also committing acts of state terrorism. Several sovereign countries have at some point officially alleged that Israel is a proponent of state-sponsored terrorism, including Palestine, Bolivia, Iran, Lebanon,Saudi Arabia, Syria, Turkey,and Yemen. Receiving Syrian President Bashar al-Assad at the Kremlin on … END_OF_DOCUMENT_TOKEN_TO_BE_REPLACED

Is Israel Sabotaging Itself? [You know what, our leaders all work for those bad Jews now.] Israel keeps attacking and sabotaging Iran; Iran keeps showing restraint. Israel is running out of patience to stop the JCPOA, the Iran nuclear deal; Iran keeps showing patience. In the summer of 2020, Israel sabotaged Iran’s Natanz civilian nuclear … END_OF_DOCUMENT_TOKEN_TO_BE_REPLACED