Iranian President Hassan Rouhani has called on the Muslim world to join forces and bring the Saudi regime to justice for its atrocities in Muslim countries of the Middle East.

“The countries of the region and the Muslim world should take concerted efforts aimed at resolving the existing problems and punishing the Saudi government,” Rouhani said on Wednesday.

The Iranian chief executive highlighted Riyadh’s support for terrorism, adding that the regime is “practically spilling the blood of Muslims in Iraq, Syria, and Yemen through its crimes in the region.”

The kingdom, where radical Wahhabism is freely preached by its clerics, is accused of providing ideological and financial support to the Takfiri terrorists, who have been sowing death and destruction in Iraq and Syria in recent years. 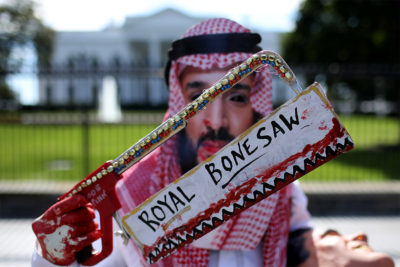 The Saudi regime has also been waging an indiscriminate military campaign against Yemen since last year, killing around 10,000 people in the Arab world’s most impoverished nation.

Rouhani further lambasted Saudi authorities for their “tactlessness and ineptitude” in overseeing the Hajj pilgrimage last year, when thousands of Muslim pilgrims, including 465 Iranians, died in a human crush.

Rouhani further slammed Saudi rulers for creating obstacles to prevent the dispatch of Iranian pilgrims to this year’s Hajj rituals.

Hajj serves as a time when the Muslim world’s interests and unity should be paraded to the world, but the Saudi kingdom, “has even stopped short of verbally apologizing to Muslims” for the Mina tragedy, Rouhani added. 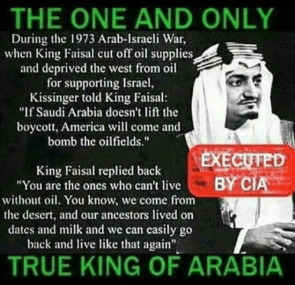 The tragic incident took place when two large masses of pilgrims converged at a crossroads during the symbolic ceremony of the stoning of Satan in Jamarat in September 2015.

Saudi Arabia claims that nearly 770 people were killed in the incident; however, Iran, which had the greatest number of deaths among foreign nationals, has put the death toll at about 4,700.

Iran has canceled the participation of its pilgrims in this year’s Hajj rituals because of Saudi Arabia’s refusal to guarantee the safety of pilgrims.

Saudi Arabia, which has also cut diplomatic ties with Iran, has halted flights to and from Iran.

LAGenie Retweeted · If Americans Knew @ifamericansknew
13 hours ago
. @USATODAY @FoxNews @Reuters
U.S. sends over $3 billion to Israeli military during the #COVID19 pandemic. Meanwhile, some Americans are still waiting for $600 stimulus checks. Produced by Chris Smiley for more news and headlines: https://t.co/sHyNAVu3j7 https://t.co/oMswmVotiS
View on Twitter
302
0
LAGenie Retweeted · Jonathan Lis @jonlis1
13 hours ago
In any other situation a government whose overt, consistent negligence caused over 100,000 deaths would collapse under the weight of raw public fury. In this country we let them blame us, say they did their best and propose re-electing them.
View on Twitter
1126
0
LAGenie Retweeted · #FreePalestine #FreeAssange #BDS #Yemen #Kashmir @ChristineJameis
13 hours ago
Israeli occupation forces demolished a mosque in the Bedouin community of Azwadeen, east of Yatta city, south of Hebron in the occupied West Bank. https://t.co/RtgfZRlSvo
View on Twitter