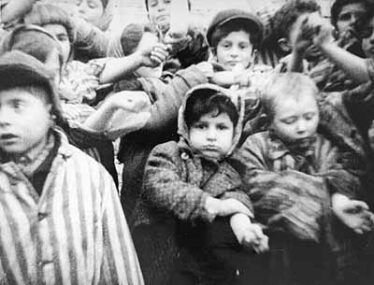 The Zionists in power are atheist hiding amongst the innocent….globally

In the aftermath of 9/11, those “structural forces” showed up in the form of expansive federal policies such as the Patriot Act, the New York Police Department’s Muslim Surveillance Program and the federal National Security Entry-Exit Registration System.

The “special registration” system, as it was called, required all males 16 or older from 25 countries to register every time they entered and exited the U.S.

The process included fingerprinting, photos, providing private financial information and interrogating people about the purpose of entry and nature of their travel outside the country.

While the “special registration” did not explicitly target any particular religious group, it disproportionately affected Arabs and Muslims, according to research on the impact of the program that was discontinued under the Obama administration.

When the Bush-era program was introduced, Solaiman was a 16-year-old boarding school student at Cate School, located just outside of Santa Barbara, California.

A Pakistani citizen whose family lived in Saudi Arabia at the time, Solaiman would fly between the Middle East and the U.S. about three times a year and remembers being subjected to lengthy interrogations almost every time, with one particular round of questioning lasting more than 4 hours.

Solaiman, who is now a U.S. citizen, said the experience still informs how he travels.

“I’ll always put on a nice shirt and carry my hospital badge when I fly so I appear more professional when I reach the immigration desk,” said Solaiman. “I know I am looked at differently, so it feels like I have to prove that I belong in some way.”

Research shows that when people are “chronically treated differently, unfairly or badly,” it can lead to a variety of negative health outcomes including low self-esteem and higher risk of developing stress-related conditions such as anxiety and depression.

Hate groups and persistent anti-Muslim discourse have been “hyper successful” at framing Muslims as “inherently foreign” and this idea seeps into discriminatory policymaking, law enforcement, attitudes toward Muslims and virtually everything, said Scott Simpson, public advocacy director at Muslim Advocates.

Muslim Advocates is a national civil rights organization working to fight anti-Muslim bigotry with the goal of “attaching consequences” to religious discrimination at every level.

Whether it’s asking Joy Reid to apologize for casual Islamophobic rhetoric; naming and shaming Hyatt Hotels for hosting an anti-Muslim conference; filing a complaint with the Equal Employment Opportunity Commission when Amazon refused to give its employees prayer breaks; or sending a demand letter to Immigration and Customs Enforcement for serving pork to Muslim detainees in violation of their religious beliefs — the organization’s goal is to “halt bigotry in its tracks.”

Simpson said anti-Muslim sentiment is common in both political parties with some of the most blatant discrimination coming from individuals and institutions that claim to be progressive and liberal.

On the other hand, there are some conservatives that have “really gotten it” because they understand that religion is sacred, even if it’s not their own.

“The reality is that there is a small percentage of the population that is ‘really’’ overtly anti-Muslim and then there is everyone else, who would rather not deal with it,” he said. “We need everyone to speak up.”

2 min video clip Israel is an imperial outpost, an extension of Wall Street and the City of London in the Middle East. That's the origin of "Israel."
LAGenie Retweeted · Jake Morphonios @morphonios
13 hours ago
The Israeli Zionists will not easily relent on the treatment of the Palestinians unless all of us continue to rally the world against their oppression. https://t.co/2DUyOZRzW3
View on Twitter
13
0
LAGenie Retweeted · BDS movement @BDSmovement
1 day ago
Since 1967, Israel has been demolishing homes, and stealing land and water of Indigenous Palestinians in the Jordan Valley, de facto annexing most of the area to build illegal settlements and confining Palestinians who remain in shrinking enclaves. #SanctionsOnApartheid https://t.co/VoPAQMWq7r
View on Twitter