“If you want to judge if a party is a Lebanese enough, let me say we take up arms and fight against the occupation of our land, is that Lebanese enough?”
― Sayed Hassan Nasrallah, Voice of Hezbollah 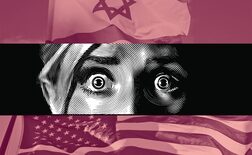 “All in all, what they expected to achieve by assassinating Hajj Qassem was simply a dream.”

In Lebanon, after the martyrdom of Sayed Abbas Musawi, Sayed Hassan Nasrallah replaced him turning Hezbollah into a nightmare to the “israelis”.

In Yemen, after the martyrdom of Sayed Hussein al-Houthi, his successor Abdul-Malik with a show of new capabilities turned frightened the corrupt Arab regimes, mainly Saudi Arabia, as well as the “israeli” regime. As we see, the situation has changed to a way that these regimes talk about negotiations now.”

Mr Mobamadi added that the assassination of General Soleimani not only will not negatively affect the motivation and strength of the Axis of Resistance but also it will guide it even more precisely towards its sacred goal.

“We can see that inside Iran all parties, even those not interested in the Islamic Revolution, were saddened by General Soleimani’s martyrdom.

This shows that the blessing of the blood of the martyrs is beyond the material standards.

Therefore, we cannot talk about the downturn of the Axis of Resistance’s might after General Soleimani.”

The expert also commented on the influence of the assassination on the regional equations.

Such sides as the “israeli” regime and Saudi Arabia, in association with the White House, using pressures against Axis of Resistance and assassination of the general, struggle to force the Resistance camp to surrender. 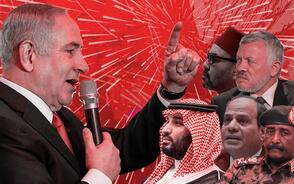 The leader of the corrupt

Trump gullibly believed that sanctions and pressure will force the Resistance camp and its leader Iran to given in.

But the regional developments over the past 10 years proved the US wrong. Now inside Iran such big values as jihad, serving people, commitment to Islamic Revolution and “Vilayat-e-Faqih” [Guardianship of the Islamic Jurist] all gather around the figure of General Soleimani.

Outside Iran, we could see in Iraq that the American embassy was stormed after attacks on Popular Mobilization Forces (PMF).

“All in all, what they expected to achieve by assassinating Hajj Qassem was simply a dream.”

Commenting on the future of the US-Iranian relations after the assassination of General Soleimani, Mohammadi said that all of the military parameters and elements bear the fact that the Americans have forsaken the military action plan against Iran.

All military action simulations, he added, are warning that a war with Iran will leave the US with huge subsequent damages.

“But what we see from the Americans are cowardly measures lacking any security and military values.

While he openly entered the Baghdad airport, his assassination has no justification and the US will definitely face the Islamic Republic’s serious reaction.”

Following the assassination, the Americans sent a cowardly message via Switzerland embassy in Tehran as the home of the US interests’ office in Iran saying that if Tehran does not retaliate, Washington will not take a new hostile action.

The legitimate Iranian right for a response makes the Americans never seek a comprehensive confrontation with Tehran.”