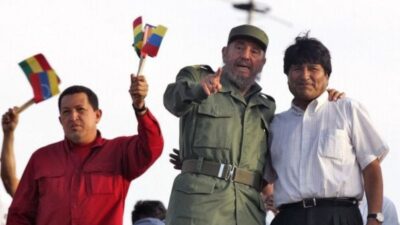 We report from La Paz, Bolivia, where we observed the historic landslide electoral victory of the Movement Toward Socialism (MAS) party of former President Evo Morales.

We spoke with human rights lawyer @mrtommybecker about the horrors of the coup regimehttps://t.co/Bz4znRW4we

The West’s reaction to the 2019 Bolivian coup featured all of its classic propaganda tropes. Western officials, media outlets, and think tank writers invoked the standard Orwellian inversion of heralding a coup of any democratically elected leader they do not like as a “victory for democracy.”

In this warped formula, it is not the U.S.-supported coup plotters but the overthrown democratically elected leader who is the “threat to democracy.”

Internal documents show that President Lyndon Johnson ordered U.S. troops to the Dominican Republic in 1965 not because of any plausible threat to the United States, but because he felt threatened by Republicans in Congress. Political competition within the United States accounts for the disposition of many U.S. presidents to order interventions. Democratically elected leaders disliked by the U.S. as “dictators” has been a staple of U.S. foreign policy propaganda for decades. 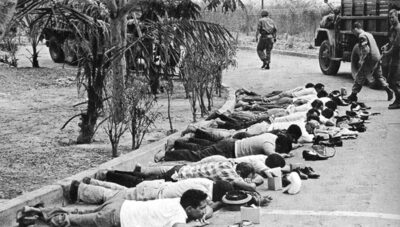 During the assault, U.S. jets bombed bridges and other areas of the capital city of Santo Domingo, and U.S. troops conducted house-to-house raids and blew up entire buildings in residential neighborhoods. But even with such savagery and a huge military advantage, it still took the U.S. days to retake Santo Domingo and months to fully defeat the insurgency. Above, a U.S. checkpoint and search of civilians in Santo Domingo.

That is the rubric under which the Obama administration and its Secretary of State John Kerry somehow celebrated one of the world’s worst despots, Egyptian Gen. Abdel-Fattah el-Sissi, as “restoring democracy” following the brutal military coup he carried out.

But thanks to Sunday’s stunning rebuke in Bolivia, the standard tactics failed. 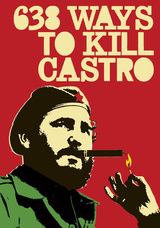 Communist revolutionary died aged 90, after antagonising 10 different US administrations, and snubbing an eleventh

Ever since Morales’s election victory almost exactly one year ago today, Bolivians never stopped marching, protesting, risking their liberty and their lives — even in the middle of a pandemic — to demand their rights of democracy and self-governance.

Leading up to the election, the coup regime and right-wing factions in the military were menacingly vowing — in response to polls universally showing MAS likely to win — that they would do anything to prevent the return to power of Morales’s party.

At least as of now, though, it looks as though the margin of victory delivered to MAS by the Bolivian people was so stunning, so decisive, that there are few options left for the retrograde forces — in Bolivia, Washington, and Brussels — which tried to destroy the country’s democracy.

Anyone who believes in the fundamentals of democracy, regardless of ideology, should be cheering the Bolivians who sacrificed so much to restore their right of self-rule and hoping that the stability and prosperity they enjoyed under Morales expands even further under his first democratically elected successor.

2 min video clip Israel is an imperial outpost, an extension of Wall Street and the City of London in the Middle East. That's the origin of "Israel."
LAGenie Retweeted · Jake Morphonios @morphonios
9 hours ago
The Israeli Zionists will not easily relent on the treatment of the Palestinians unless all of us continue to rally the world against their oppression. https://t.co/2DUyOZRzW3
View on Twitter
12
0
LAGenie Retweeted · BDS movement @BDSmovement
1 day ago
Since 1967, Israel has been demolishing homes, and stealing land and water of Indigenous Palestinians in the Jordan Valley, de facto annexing most of the area to build illegal settlements and confining Palestinians who remain in shrinking enclaves. #SanctionsOnApartheid https://t.co/VoPAQMWq7r
View on Twitter