For those in doubt, Washington’s objective of destabilizing Syria dates back to at least 2006, evidenced in the classified memo, made public by WikiLeaks, sent from the US embassy in Damascus to Washington in December of that year.

The United States under the Trump Administration has supported the war on Tigray in different manners. It outrageously blamed Tigray for starting the war and attacking Eritrea, but kept quiet on Eritrea’s involvement in the war on Tigray and the ongoing crimes of atrocities. Instead of calling for ceasefire, relevant USA officials are reported to have said “give war a chance” and have been seen going extra miles to support Eritrea and Ethiopia for their war on Tigray and to cover up the atrocities. There are two reasons for this. One is that Tigray is, for them, a small collateral damage in the geopolitical war with China whose influence in Africa they want to halt. The second is that in order to create a puppet Ethiopian leadership that they control, the experienced and resolute Tigrayan leadership needed to be eliminated.

“In a number of countries, including Venezuela and Bolivia, USAID is acting more as an agency involved in covert action, like the CIA, than as an aid or development agency.” —Mark Weisbrot, Center for Economic and Policy Research

Seven months into the conflict in Ethiopia’s Tigray region, human rights atrocities and the full-blown humanitarian crisis are alarming, currently pushing 400,000 innocent people to the brink of famine and loss of life.

This must be addressed immediately. We do well to remember the 1980s famine in Ethiopia, which led to an estimated one million deaths, many as a result of food assistance being blocked.

Of the 6 million in Tigray, 5.2 million people are facing hunger and requiring emergency food assistance.

With 90 percent of the population in extreme need of humanitarian aid, the stakes could not be higher.

We have continuously called for an end to the violence and for unfettered humanitarian access to all parts of Tigray, but we are witnessing increasing restrictions.

The restrictions on access are severely impeding the ability of humanitarian workers to assist the most vulnerable, notably in blocked rural areas, where the crisis is worst.

Deliberate and repeated hindrances by the military and armed groups, the regular looting of humanitarian assistance, are driving the population towards mass starvation.

Using starvation of civilians as a weapon of war is putting at risk the lives of millions. 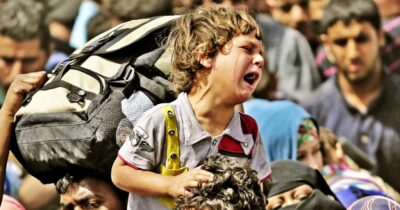 In Resolution 2417 (2018), the UN Security Council strongly condemned the use of starvation of civilians as a method of warfare and urged action against those responsible.

The Security Council requested that the Secretary-General report swiftly to the Council when the risk of conflict-induced famine occurs.

In addition, we are seeing wide-scale human suffering that is entirely preventable.

Systematic violence is being inflicted upon civilians, including widespread sexual violence, and extra-judicial and ethnically-motivated killings.

The population’s essential livelihood assets and health services are being destroyed.

Such methods of warfare are grave violations of international humanitarian law.

The independent investigation of human rights violations is of paramount importance. 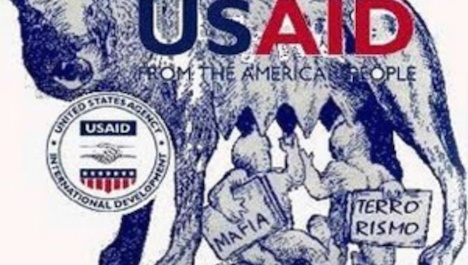 In 2013, whistleblower website Wikileaks published a secret U.S. cable seemingly outlining a plot to destabilize Venezuela and overthrow the government. Dated November 9, 2006, the cable was allegedly authored by then ambassador to Venezuela, William Brownfield.

All parties to the conflict, as well as the international community, need to act urgently to avert a large-scale famine in Tigray and the potential for this crisis to destabilize the broader Horn of Africa region.

Given this looming humanitarian catastrophe, we reaffirm our solidarity with all those affected by the conflict in Tigray and:

We wish to see a democratic and peaceful Ethiopia, where all its people can build a shared vision for the country’s future and lay the foundation for sustainable and equitable economic growth and prosperity.

We are committed to supporting Ethiopia and building on the partnership between us.

We call on our international partners to work with us for a peaceful, prosperous Ethiopia that is also a source of stability in the wider region.