Holocaust definition: a great or complete devastation or destruction, especially by fire. No Jews were burned alive in what they call the Jewish Holocaust. So it really wasn’t a holocaust. The Germans of Dresden burned alive, women, children, old people. This was a holocaust by definition. 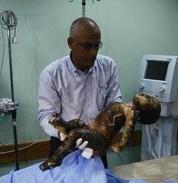 General George S. Patton, commander of the U.S. Third Army: “I have been at Frankfurt for a civil government conference. If what we are doing (to the Germans) is ‘Liberty, then give me death.’ I can’t see how Americans can sink so low. It is the Jews, and I am sure of it.”

Worse than any Spielberg holocaust movies…because this was real.

The bombing of Dresden was a British/American aerial bombing attack on the city of Dresden, the capital of the German state of Saxony, during World War II in the European Theatre. In four raids between 13 and 15 February 1945, 722 heavy bombers of the British Royal Air Force (RAF) and 527 of the United States Army Air Forces (USAAF) dropped more than 3,900 tons of high-explosive bombs and incendiary devices on the city.[1] The bombing and the resulting firestorm destroyed over 1,600 acres (6.5 km2) of the city centre.[2] An estimated 22,700[3] to 25,000[4] people were killed, although larger casualty figures have been claimed. Three more USAAF air raids followed, two occurring on 2 March aimed at the city’s railway marshalling yard and one smaller raid on 17 April aimed at industrial areas.

Germany was the ONLY remaining country in Western Europe that had not been conquered by the Jews!

In a plan devised by U.S. secretary of the treasury Henry C. Morgenthau Jr., the Allies “pastoralized” Germany. They slashed production of oil, tractors, steel and other products that had been essential to the war effort. They cut fertilizer production by 82 percent.

They under-valued German exports (which they controlled), depriving Germans of cash needed to buy food.

And a large percentage of young male workers were kept in forced-labour camps for years. During the six months following the end of the war, Germany’s industrial production fell by 75 percent.

The loss of so much fertile land and the drop in fertilizer supplies caused agricultural production to fall by 65 percent. Sixty million people began to starve in their huge prison.

The mass expulsions from one part of Germany to another, approved at the Allied victory conference in Potsdam in July and August, 1945, were enforced “with the very maximum of brutality,” wrote British writer and philanthropist Victor Gollancz in his book Our Threatened Values(1946).

Canadian writer and TV producer Robert Allen, in an article titled Letter from Berlin, in Reading magazine (February, 1946), described the scene in a Berlin railway station as the refugees arrived in late 1945: “They were all exhausted and starved and miserable … A child only half alive …

A woman in the most terrible picture of despair I’ve seen … Even when you see it, it’s impossible to believe … God it was terrible.” [Image:  Expellees from the East; as many as sixteen million Germans were driven from their homes in history’s greatest ethnic cleansing.]

In the West, the plan to dismantle German industrial capacity began at the British headquarters of General Dwight Eisenhower in August, 1944. Meeting with Mr. Morgenthau, Gen. Eisenhower prescribed a treatment for Germany that would be “good and hard,” giving as his reason that “the whole German population is a synthetic paranoid.”

Mr. Morgenthau took a written version of their discussion to U.S. president Franklin Roosevelt and British prime minister Winston Churchill when the two met in Quebec City in September, 1944.

British foreign secretary Anthony Eden, U.S. secretary of state Cordell Hull and U.S. secretary for war Henry L. Stimson all protested vigorously against the Morgenthau plan because a pastoralized Germany could not feed itself.

Mr. Hull and Mr Stimson told Roosevelt that about 20 million Germans would die if the plan were implemented.

The actual number of Jews who died in the German concentration camps might well have been as low as 300,000 or as high as 600,000.

Most historians say the Morgenthau Plan was abandoned after the protests, but Mr. Morgenthau himself said it was implemented.

Q: 70%+ of all German Jews left before WW2 had started. So who did Hitler kill?
And the answer is: No one! Jews were secreted away to labor camps while Christian Europe burned to the ground.

The allies bombed Germany a lot. Dresden (a demilitarized city and one of the most beautiful European medieval cities) was completely destroyed in February of 1945 by allied fire bombing.

In the New York Post for Nov. 24, 1947, he wrote: “The Morgenthau Plan for Germany … became part of the Potsdam Agreement, a solemn declaration of policy and undertaking for action … signed by the United States of America, Great Britain and the Union of Soviet Socialist Republics.”

Given the figure of 1.4 million deaths, this meant that close to one million had died in Western camps.

In addition, the KGB records show that the Soviets had also imprisoned hundreds of thousands of civilians, of whom many thousands died.

This was the shadow of a greater tragedy, the fate of German civilians.

The recent declassification of the Robert Murphy Papers at the Hoover Institute in Stanford, California, and the Robert Patterson manuscript papers in Washington focused the picture. 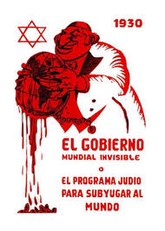 Mr. Murphy had been chief U.S. diplomatic adviser in Germany, and Mr. Patterson the secretary of war after 1945.

Some of Mr. Murphy’s papers show a catastrophic death rate in Germany, highlighted by a surprising comment by Mr. Murphy in discussing German demographics.

He said in a State Department position paper in 1947 that the U.S. statistical projection of births, immigration and officially reported deaths showed that over the next three years the German population should be 71 million, but that “to be conservative and in view of the present high death rate in Germany, a figure of 69 million will be used.”

And then these same Jewish forces moved to Palestine to colonize the heart of the Arab world. Look what the Poor Palestinians inside Palestine must endure! These Jews from Europe are not human! They lied about Germany. They lied about the Jewish holocaust. And they are lying about Palestine! All the Middle East wars have been for these Jews.

In other words, Mr. Murphy was basing high-level U.S. policy on the knowledge that the actual German death rate was approximately double the rate officially reported to Washington by the U.S. military governor.

[Image: A British nurse in Berlin helps three German refugee children expelled from an orphange in Danzig, now Gdansk. The boy on the left, aged nine, weighs 40lbs and is too weak to stand.

In the National Archives in Ottawa, I found a document seized by Canadians in 1946, showing a death rate in the city of Brilon in north-central Germany almost triple the total reported for the Allies for their zones of Germany in 1945-46.

The U.S. Army medical officer in Germany secretly reported that the actual death rate in the U.S. zone in May, 1946, was 21.4 per 1,000 per year, or 83 percent higher than the military governor was reporting to Washington.

These documents in Ottawa, Moscow, Washington and Stanford, recently revealed or long neglected, show that the Allies not only destroyed most German industry, they also reduced German food production to the point that Germans received less food for long periods during several years than the starving Dutch had received under German occupation.

“From 1945 to the middle of 1948, one saw the probable collapse, disintegration and destruction of a whole nation.”

These are not the words of a revisionist historian of the 1990s, but the sober judgment of a U.S. Navy medical officer on the scene.

Captain Albert Behnke compared German and Dutch starvation: For months in parts of Germany, the ration set by the occupying Allies was 400 calories per day; in much of Germany it was often around 1,000, and officially for more than two years it was never more than 1,550.

The Dutch always got more than 1,394. [Image: Seven starving babies in the Catholic children’s hospital in Berlin, October 1947. The infant on the right is near death.]

And for his part in starving people in the Netherlands, Nazi commander Arthur Seyss-Inquart was hanged by the Allies.

A comparison of the German censuses of 1946 and 1950 shows the effect of the food shortages. The 1950 census showed 5.7 million people fewer than there should have been according to the number of people recorded in the 1946 census, minus officially reported deaths, plus births and “immigrants” (people expelled from the east and returning prisoners) in the period from 1946 to 1950.

Mr. Murphy had, indeed, been conservative, partly because he underestimated the number of prisoners due to return to Germany from Russia. The total tally of unacknowledged deaths among prisoners, refugees and non-expelled civilians comes to around nine million people between 1945 and 1950, far more than the number who died during the war itself. All of these deaths were surplus to those actually reported.