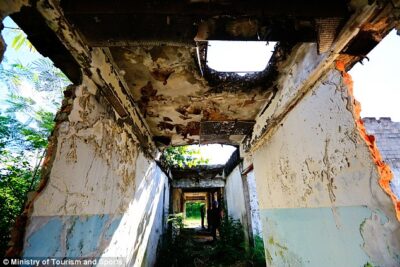 xcerpt from Torture Is the Central Issue in the Guantanamo TrialsJanuary 30, 2020

The CIA is hiding the names of those who ordered and carried out the torture of Guantanamo detainees. Even after years of legal battles, the United States is likely still using black sites and torture.

These were two psychologists who had worked for the US Air Force and had taken on as CI, as private contractors. And initially they went out to these CIA black sites to observe what was going on and make recommendations as the CIA wanted to step up the pressure on these detainees to cough up information.

But they ended up making these recommendations about how to set up interrogation based on US survival techniques as they train US pilots and other US members of armed forces to evade and resist interrogation when they’re captured.

And they wanted to bring these techniques that are used on US service members and make it the guidelines, the outline for what they called the enhanced interrogation techniques.

And so they ended up designing this program and then they were asked by the CIA to apply this program. So in effect, they became hired torturers although they were contractors and eventually set up a company, Mitchell Jessen and Associates that sold these services to the US government. 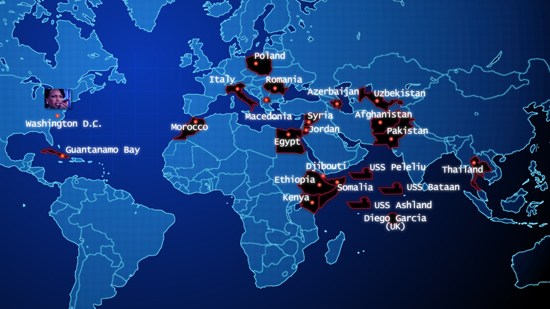 Marc Steiner: And made a lot of money. I think it was your article, I believe it was in your article and it could’ve been someone else’s I read so much this morning that they made almost $81 million over like a four or five year period or did I read that wrong?

Julian Borger: No, that’s what they were paid. But that was to provide a whole lot of security guards. They ended up providing all the security guards for the black sites and rendition. So it was all contracted out. So that wasn’t your profit.

That was what the total of government paid him. I think Mitchell was paid something around one and a half million and Justin’s slightly less.

Marc Steiner: A little more than you are making a year but there’s other people involved here. One we don’t know about called the preacher and the new sheriff, I guess a man named Charlie Wise who passed away some years back.

But they’re key to a lot of this in terms of that knowing who they are. This is kind of tip of the iceberg, the secrets that we may never know.

Julian Borger: That’s right. I think Mitchell has been pushing back over the past week that he was the face on the totality of the enhanced interrogation system, and he has been pointing out and there is a lot of evidence that was a big bureaucracy and infrastructure around the use of torture.

This was a sort of whole of government effort that the FBI was, it looks like more involved than they have made out in the past. And it went throughout the CIA and of course up to the top ranks of the Bush administration. 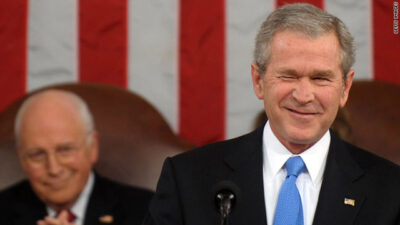 LAGenie Retweeted · Enrique 🇨🇱🐈⏳ @Garou_Hidalgo
6 hours ago
This video destroys US lies by using US experts as evidence.

US Secretary of State, Mike Pompeo, talking about Venezuela today
“It’s time for Maduro to go”
#Venezuela https://t.co/Ev8fukGyxz
View on Twitter
70
0
LAGenie Retweeted · Syrian Girl 🇸🇾 @Partisangirl
7 hours ago
What do you do if Bill Gates tries to inject you with the ID2020 microchip? https://t.co/RqQt6aSxVZ
View on Twitter

I'm pretty sure all of the countries that have had the US force "freedom and democracy" upon them through violent bombings and government overthrows would beg to differ...
https://t.co/BEHBLR64Zk
View on Twitter
66
0
LAGenie Retweeted · Caitlin Johnstone ⏳ @caitoz
1 day ago
Good thread compiling the many, many authoritarian measures which governments around the world have implemented and are preparing to implement to deal with the virus. https://t.co/cZ3KnMzdPp
View on Twitter
125
0
Follow @lagenie24