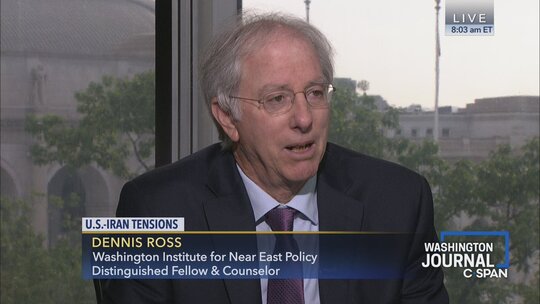 “If separation is not possible, Israel will increasingly run the risk of becoming a binational, Arab-Jewish state. That would compromise the Zionist mission and its Jewish-democratic ethos, and tear at the fabric that has bound America and Israel together.”

The White House’s policy advisor and Israeli lobby official Dennis Ross claimed that “up to 100,000 people could be massacred, and everyone would blame us for it.”
Ross has produced no proof of a massacre—and Defense Secretary Robert Gates and Admiral Mike Mullen both confirmed, “We’ve seen no confirmation whatsoever.”
Russian military has been monitoring the unrest via satellite from the very beginning, and they say that the claimed “slaughter” is imaginary. CIA √ 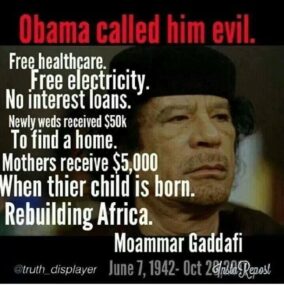 Libyans are already reeling from nine years of conflict in which families have been bombed out of their homes, health care facilities have been destroyed, infrastructure has crumbled, and the economy has collapsed, Peter Maurer, President of the International Committee of the Red Cross (ICRC), said at the end of a visit to the country this week.

“In Benghazi and Tripoli, I saw first-hand how civilians are suffering because of the catastrophic consequences of this conflict,” said Maurer. “

Neighbourhoods on the former front lines in Tripoli are badly scarred and families have little if anything to return to.

This is Tripoli, Libya.

This neighborhood was on the frontline of the conflict.

People are also at risk of being killed or injured by dangerous unexploded munitions. At the same time, infrastructure all over the country is falling apart.

People have little electricity, drinking water, sanitation, or medical care in the middle of a growing pandemic.”

In Benghazi, Maurer met with Field Marshal Khalifa Haftar, commander of the Libyan National Army (LNA), followed by a meeting in Tripoli with Fayez Al-Sarraj, head of the Presidential Council and Prime Minister of the Government of National Accord (GNA) of Libya.

In Benghazi, he also met leadership of the Libyan Red Crescent, which has been playing a role in stopping the spread of COVID-19.

The conflict has battered Libya’s health system. Hospitals and clinics have been damaged in the fighting, while others were forced to shut their doors because they were close to the frontlines.

Other facilities are decaying from underinvestment. 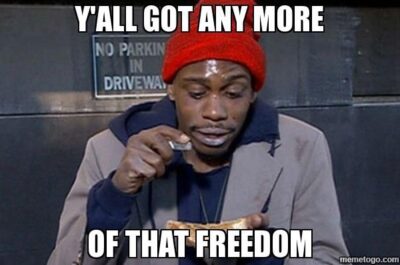