Shady characters : Nikki Haley, Israeli firster and Edmund Mulet, Head of the three-member Leadership Panel of the JIM. Throw in criminal John Bolton anywhere, he is there.

Britain, France and the United States were among the seven countries that voted against the Russian proposal which they argued would not create an independent panel to investigate allegations of chemical weapons use. The US proposal would have revived the work of a previous panel, known as the Joint Investigative Mechanism (JIM), that shut down in November when Russian vetoed the renewal of its mandate.

The JIM consists of a three-member leadership panel, headed by an Assistant Secretary General. The panel’s two other members advise on political and investigative components, respectively. On 27 April 2017, the Secretary-General announced the appointment of Edmond Mulet (Guatemala) as the Head of the three-member Leadership Panel of the JIM. The Leadership Panel is supported by a team of 23 experienced staff with relevant skills and expertise, based in offices in New York and The Hague.

Who is Edmund Mulet?

Head of the independent panel to lead the OPCW-UN Joint Investigative Mechanism (JIM) on the use of chemicals as weapons in the Syrian Arab Republic.

During the early 80s, Edmond Mulet, who currently serves as the UN’s Assistant Secretary General for Peacekeeping Operations, was a young lawyer involved in an adoption network. On two occasions he got in trouble with the law. In 1981 he was even arrested and accused of breaking Guatemalan adoption laws by taking babies out of the country with “tourist” visas. He claims he wasn’t managing an adoption.

He claims he was acting out of humanitarian concern for the children’s welfare. According to a former member of the special prosecutor’s office who worked with United Nations Commission against Impunity in Guatemala, Mulet’s scheme circumvented legal controls and left children helpless. He was never tried or sentenced. A number of legal records and other documents uncovered in recent years clearly illustrate how this scheme worked and how he used his political connections in order to avoid being investigated for his actions.

UNITED NATIONS (AFP) — Russia on Tuesday vetoed a US-drafted United Nations Security Council resolution that would have set up an investigation into chemical weapons use in Syria following an alleged toxic gas attack in rebel-held Douma.

It was the 12th time that Russia has used its veto power at the council to block action targeting its Syrian ally.

“We are using the veto in order to protect international rule of law, peace and security, to make sure that you do not drag the Security Council into your adventures,” Nebenzia said. 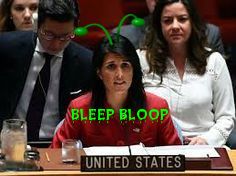 US Ambassador Nikki Haley shot back, saying “Russia has trashed the credibility of the council.”

“Whenever we propose anything meaningful on Syria, Russia vetoes it. It is a travesty,” she said.

Twelve of the 15 council members backed the US-drafted measure. Bolivia voted against it alongside Russia, while China abstained.

Britain, France and the United States were among the seven countries that voted against the Russian proposal which they argued would not create an independent panel to investigate allegations of chemical weapons use.

Haley dismissed the Russian draft as “all about protecting the Assad regime” because of provisions that would have required the Security Council to endorse its findings.

Russia warns US over military action

After warning Monday of “grave repercussions” of US military action, the Russian ambassador urged the United States to “come to your senses” and refrain from ordering strikes on Syria.

“If you took the decision to carry out an illegal military adventure — and we do hope that you will come to your senses — well then you will have to bare responsibility for it,” said Nebenzia. 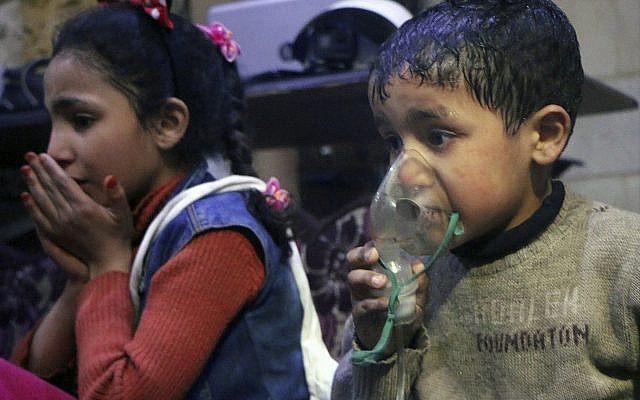 One thought on “Dirty Haley: ‘Russia has trashed the credibility of the council’”