He was removed from power in a 2013 military coup backed by US and Israel led by his defense minister, Abdel Fattah el-Sisi, who then replaced him as president.

In March 2018, a panel of British politicians and lawyers warned that Morsi’s prison conditions were poor and could lead to his early death.

“The consequence of this inadequate care is likely to be rapid deterioration of his long-term conditions, which is likely to lead to premature death,” the panel said in a statement at the time.

From his previous role as head of military intelligence, al-Sisi is deeply familiar with the issue of Gaza’s tunnels. He declared war on them before Israel (the Egyptians say they have destroyed 1,630 tunnels), and the Egyptian army doesn’t make phone calls and doesn’t send warning missiles.* 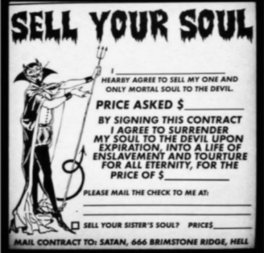 Egyptian President Abdel Fattah Al-Sisi is recruiting Arab leaders to support the peace plan being laid down by the US administration, dubbed the “deal of the century”.

Previously, it was believed that Saudi’s Ben Salman to do the job, but Israel wanted El-Sisi for it.

Writing for Ynet News, Smadar Perry, said that what is clear about the “deal of the century” is “the extent of Egyptian President Abdel Fatah Al-Sisi’s involvement in the agreement.”

He noted that Saudi Crown Prince Mohammad Bin Salman was initially believed to be recruiting supporters for the deal, but, according to Perry, Trump’s “excellent friend” Al-Sisi recently found himself in the driving seat.

Perry argued that the Israeli government believes that Al-Sisi “is a neighbor and a partner who watches over the Sinai Peninsula – where thousands of Israelis are spending their Passover holidays – along with Israel.”

Although he does not know the exact details of the deal, his role is clear; “to recruit the moderate Arab world into supporting Trump’s peace plan. 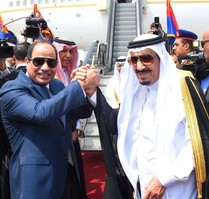 “Here, here, Pasha, one island for a billion, a pyramid for two and I will throw two statues on top”

The Egyptian leader can potentially recruit Jordan, Morocco, Saudi Arabia, the Persian Gulf states, and perhaps even Qatar, which despite being at odds with the Saudis, maintains a warm relationship with Egypt.”

Concluding his opinion about the deal, Perry said: “Netanyahu recommended, Trump placed the order, and Al-Sisi is the one getting the package.

Egypt will lead the Arab world to accept the so-called ‘deal of the century’, and will be asked for its input in the proposal before all the details are finalized.

In return, the Cairo administration will receive a massive economic aid package from the US government.”

He pointed out that Netanyahu’s “fingerprints are all over this peace plan, to the extent that it’s not clear who really formulated it” and stressed that “Egypt’s role” in the deal “is being given to the White House directly from Jerusalem”.