These cruelties and crimes are bad enough at any time, but even more sadistic during the pandemic.

So what changed for Abdallah bin Zayed, such that those he once accurately called killers of children who should face trial have now been transformed into “excellencies”?

There is of course the UAE’s long-standing cozying up to Israel, as part of an American-led alliance to ramp up conflict and tension with Iran.

And in 2015, the UAE launched its own campaign of bombing innocent people from the air, as part of the ongoing American and Saudi-led war on Yemen.

Now Emirati officials and others complicit in war crimes in Yemen face international calls for ICC investigations and arrest.

Perhaps one of the areas of “cooperation” that UAE leaders hope to benefit from as a result of their “peace” with Israel is learning how to evade justice for killing children.

It’s all part of the UAE’s US-brokered “peace” agreement with Israel.

The UAE foreign ministry spokesperson referred to the Israeli minister as “HE Gabi Ashkenazi” – which stands for “His Excellency.”

That honorific is a far cry from how Abdullah bin Zayed addressed Israeli leaders back in the summer of 2014, when Israel was bombing Gaza, killing an average of 11 children per day.

He accompanied it with graphic photos of what bombs do to babies – though it was unclear that they were from Gaza.

The minister added the hashtag #ICC4Israel – a call for Israeli war criminals to be tried by the International Criminal Court – and urged followers to retweet his tweet.

Ashkenazi was not the head of Israel’s army in 2014. That role was held by Benny Gantz, currently Israel’s deputy leader.

It is unclear if Ashkenazi’s name appears on a secret Israeli government list of hundreds of officers and officials who are likely to be pursued for war crimes as the International Criminal Court moves towards a formal investigation.

That is only because Ashkenazi’s term as army chief ended in 2011, and due to legal technicalities, the ICC can only investigate Israeli crimes committed after 13 June 2014.

But Gantz and Israeli Prime Minister Benjamin Netanyahu certainly are on the list and as a member of their government, Ashkenazi remains a full participant in Israel’s ongoing war crimes. 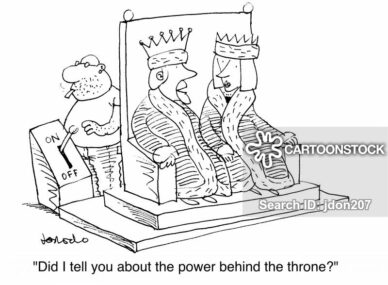 ‘Did I tell you about the power behind the throne?’

Gaza remains under a lethal Israeli siege and blockade, subject to bombing whenever its people resist or protest the massive and cruel collective punishment Israel has decreed for them – a strategy Israeli leaders call “mowing the lawn.”

When civilians stage mass protests along Gaza’s boundary with Israel, the Israeli response is to murder them with snipers.

Last week, Israel tightened that siege even more, further restricting the entrance of supplies into Gaza, including fuel for the territory’s only electricity plant.

This was supposedly in retaliation for incendiary balloons launched by Palestinians over the boundary, a symbolic effort to draw attention to the deteriorating situation inside the besieged territory.

Gisha, an Israeli human rights group that monitors the siege, said it “strongly condemns these [Israel’s] acts of blatant collective punishment, which have absolutely no connection to concrete security needs.”

“Due to rising temperatures and increased demand, the supply of electricity available to residents of the Strip has dropped recently,” Gisha noted, with the daily supply at about 10 hours per day.

Those hours are expected to drop to just four to eight hours of electricity per day, the Gaza-based Palestinian Center for Human Rights warned.

Gaza’s electricity authority announced Sunday that the power plant would shut down by next Tuesday thanks to Israel’s refusal to allow fuel in.

Israel announced on Sunday that it would entirely prohibit fishers from sailing off of Gaza’s coast, following a decision to severely restrict them last week.

Those restrictions target Gaza’s economy and its two million inhabitants, half of them children, and constitute collective punishment – a violation of the Fourth Geneva Convention, and thus a war crime.