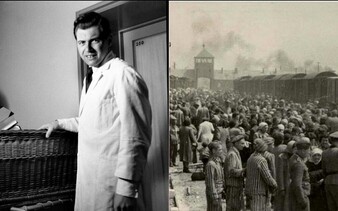 Zionists are every bit of how they describe the Nazis. Actually they are worse.

The Greenberg National Institute is complicit in holding the detained dead bodies of killed Palestinians, often dissecting them without the family’s permission.

The Institute admits a history of unauthorized removal of organs, bone and tissue from Palestinians’ bodies.

And similarly, this is not the first time Israel withholds a murder victim to blackmail their families before allowing them to bury their loved ones.

Israel uses the Palestinian dead as ransom. Since the 1960s, Israel has killed and confiscated hundreds of Palestinian bodies and withheld them in clandestine cemeteries within closed military zones, refusing to return them.

In September 2019, the Israeli High Court re-affirmed that the state has the right to withhold Palestinian bodies as a political bargaining chip.

Furthermore, Israel’s practice to withhold the Palestinian dead is in grave violation of international humanitarian law stipulations that uphold the respect for the dead and their burial.

The Geneva Convention Additional Protocol II states that “outrages upon personal dignity, in particular, humiliating and degrading treatment” are prohibited.

The Greenberg Institute participates in the humiliation and degradation of Palestinians killed by the Israeli military, further participating in their criminalization after their death. 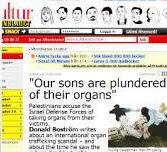 Hassan Manasrah, a 15-year old Palestinian child who was killed in October 2015 was held in the Greenberg Institute for five months before being returned to his family for burial, at 1:00 AM in March 2016. His body was completely frozen, contorted, and unrecognizable to his family.

Despite the fact that his family had no choice but to acquiesce to the harsh conditions imposed by the state to receive his body – including a guarantee of 20,000 NIS (5,830 USD) to ensure that only 30 people participate in the funeral – they refused to bury him that night due to his physical condition and had to wait for his body to “defrost” to be able to fit him into a grave.

The horrific images of Basem Salah’s contorted corpse after being withheld for a month in the Greenberg Institute’s morgue exemplify the neglect, mistreatment and dehumanization of Palestinians and the complete disregard for the sanctity of the dead at the Institute.