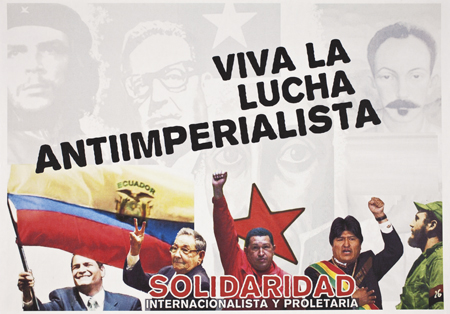 In November 2019, Bolivia’s three-term President Evo Morales was forced under threat of police and military violence to flee to Mexico, just weeks after he was declared the winner of the October presidential election that would have sent him to his fourth term.

Installed in his place was an unelected right-wing coup regime, led by self-declared “interim President” Jeanine Áñez, who promptly presided over a military massacre that killed dozens of Morales’s Indigenous supporters and then granted immunity to all the soldiers involved.

U.S. Secretary of State Mike Pompeo at the time cheered the coup by citing subsequently debunked claims of election fraud by the Organization of American States, or OAS, and urging “a truly democratic process representative of the people’s will.” 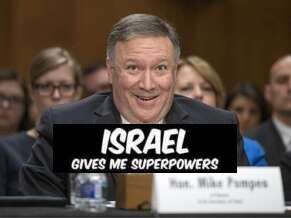 The West’s reaction to the 2019 Bolivian coup featured all of its classic propaganda tropes. Western officials, media outlets, and think tank writers invoked the standard Orwellian inversion of heralding a coup of any democratically elected leader they do not like as a “victory for democracy.”

In this warped formula, it is not the U.S.-supported coup plotters but the overthrown democratically elected leader who is the “threat to democracy.”

Depicting U.S.-supported coups as democratic and democratically elected leaders disliked by the U.S. as “dictators” has been a staple of U.S. foreign policy propaganda for decades.

That is the rubric under which the Obama administration and its Secretary of State John Kerry somehow celebrated one of the world’s worst despots, Egyptian Gen. Abdel-Fattah el-Sissi, as “restoring democracy” following the brutal military coup he carried out.

But thanks to Sunday’s stunning rebuke in Bolivia, the standard tactics failed.

Ever since Morales’s election victory almost exactly one year ago today, Bolivians never stopped marching, protesting, risking their liberty and their lives — even in the middle of a pandemic — to demand their rights of democracy and self-governance.

Leading up to the election, the coup regime and right-wing factions in the military were menacingly vowing — in response to polls universally showing MAS likely to win — that they would do anything to prevent the return to power of Morales’s party.

At least as of now, though, it looks as though the margin of victory delivered to MAS by the Bolivian people was so stunning, so decisive, that there are few options left for the retrograde forces — in Bolivia, Washington, and Brussels — which tried to destroy the country’s democracy.

Anyone who believes in the fundamentals of democracy, regardless of ideology, should be cheering the Bolivians who sacrificed so much to restore their right of self-rule and hoping that the stability and prosperity they enjoyed under Morales expands even further under his first democratically elected successor.