The Zionist entity called Israel is a spurious state planted on the soil of Palestine by the British in 1948 through the illegal settlement between the two world wars of hundreds of thousands of East European Khazar Jews, who had no connection, whatsoever, to the ancient Israelite tribes.

The claim that “israel” has a ‘right to exist’ is a contrived myth. In fact, apartheid states are crimes against humanity and must be dismantled. The pertinent question, addressed by this paper, is what are the future prospects for a democratic Palestine?

The paper begins by reviewing the foundations of the Israeli state, including its racial ideology, the character of the Palestinian resistance, the ‘moral equivalence’ and false reformist arguments of ‘left Zionism’; and then the prospects for a democratic Palestine.

The analysis identifies the key challenges of zionist military occupation, powerful western allies, a fanatical zionist mission and disunity amongst Palestinian factions and their allies.

On the other hand the strengths are ongoing Palestinian resistance, the growing legitimacy of Palestine, the commitment of regional allies and the vulnerability of Israel’s allies to exposure of zionist crimes. In sum the future of Palestine is clouded with divisions, paid and sacrifice but remains far from hopeless.’

The phrase “right to exist” entered my consciousness in the 1990s just as the concept of the two-state solution became part of our collective lexicon. In any debate at university, when a Zionist was out of arguments, those three magic words were invoked to shut down the conversation with an outraged, “are you saying Israel doesn’t have the right to exist??”

Of course you couldn’t challenge Israel’s right to exist – that was like saying you were negating a fundamental Jewish right to have…rights, with all manner of Holocaust guilt thrown in for effect.

Except of course the Holocaust is not my fault – or that of Palestinians. The cold-blooded program of ethnically cleansing Europe of its Jewish population has been so callously and opportunistically utilized to justify the ethnic cleansing of the Palestinian Arab nation, that it leaves me utterly unmoved.

I have even caught myself – shock – rolling my eyes when I hear Holocaust and Israel in the same sentence.

What moves me instead in this post-two-state era, is the sheer audacity of Israel even existing.

What a fantastical idea, this notion that a bunch of rank outsiders from another continent could appropriate an existing, populated nation for themselves – and convince the “global community” that it was the moral thing to do. I’d laugh at the chutzpah if this wasn’t so serious.

Even more brazen is the mass ethnic cleansing of the indigenous Palestinian population by persecuted Jews, newly arrived from their own experience of being ethnically cleansed.

But what is truly frightening is the psychological manipulation of the masses into believing that Palestinians are somehow dangerous – “terrorists” intent on “driving Jews into the sea.” 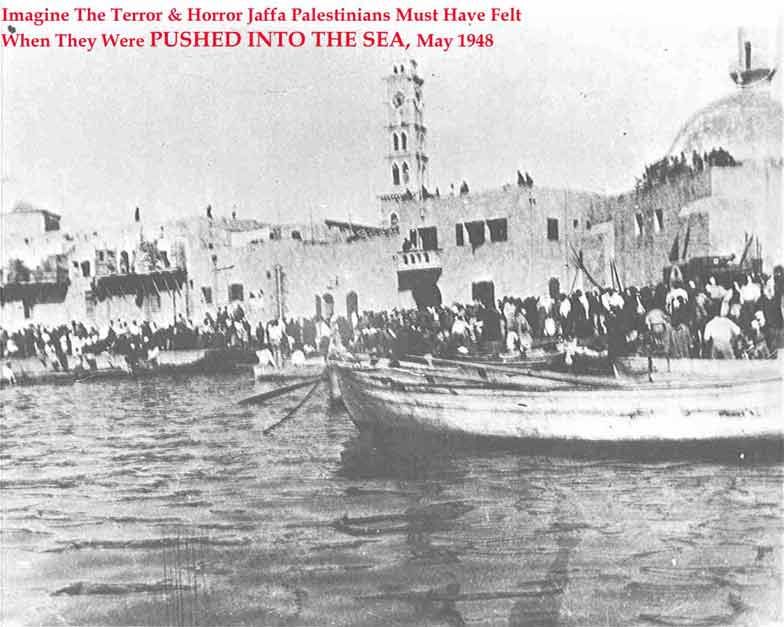 As someone who makes a living through words, I find the use of language in creating perceptions to be intriguing. This practice – often termed “public diplomacy” has become an essential tool in the world of geopolitics. Words, after all, are the building blocks of our psychology.

Take, for example, the way we have come to view the Palestinian-Israeli “dispute” and any resolution of this enduring conflict. And here I borrow liberally from a previous article of mine…

The United States and Israel have created the global discourse on this issue, setting stringent parameters that grow increasingly narrow regarding the content and direction of this debate. Anything discussed outside the set parameters has, until recently, widely been viewed as unrealistic, unproductive and even subversive.

Participation in the debate is limited only to those who prescribe to its main tenets: the acceptance of Israel, its regional hegemony and its qualitative military edge; acceptance of the shaky logic upon which the Jewish state’s claim to Palestine is based; and acceptance of the inclusion and exclusion of certain regional parties, movements and governments in any solution to the conflict.

Then there is the language that preserves “Israel’s Right To Exist” unquestioningly: anything that invokes the Holocaust, anti-Semitism and the myths about historic Jewish rights to the land bequeathed to them by the Almighty – as though God was in the real-estate business. This language seeks not only to ensure that a Jewish connection to Palestine remains unquestioned, but importantly, seeks to punish and marginalize those who tackle the legitimacy of this modern colonial-settler experiment.

But this group-think has led us nowhere. It has obfuscated, distracted, deflected, ducked, and diminished, and we are no closer to a satisfactory conclusion…because the premise is wrong.

There is no fixing this problem. This is the kind of crisis in which you cut your losses, realize the error of your ways and reverse course. Israel is the problem. It is the last modern-day colonial-settler experiment, conducted at a time when these projects were being unraveled globally.

There is no “Palestinian-Israeli conflict” – that suggests some sort of equality in power, suffering, and negotiable tangibles, and there is no symmetry whatsoever in this equation. Israel is the Occupier and Oppressor; Palestinians are the Occupied and Oppressed. What is there to negotiate? Israel holds all the chips.

Why are the colonial-settlers prior to 1948 any different from those who colonized and settled after 1967?

Let me correct myself. Palestinians do hold one chip that Israel salivates over – the one big demand at the negotiating table that seems to hold up everything else. Israel craves recognition of its “right to exist.”

But you do exist – don’t you, Israel? 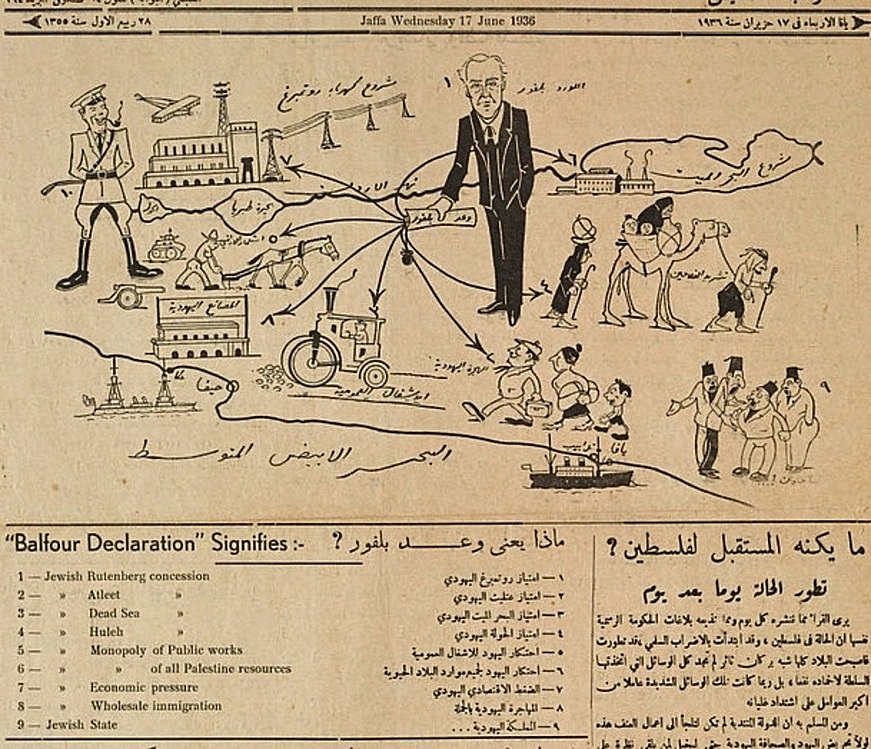 Israel fears “delegitimization” more than anything else. Behind the velvet curtain lies a state built on myths and narratives, protected only by a military behemoth, billions of dollars in US assistance and a lone UN Security Council veto. Nothing else stands between the state and its dismantlement. Without these three things, Israelis would not live in an entity that has come to be known as the “least safe place for Jews in the world.”

Strip away the spin and the gloss, and you quickly realize that Israel doesn’t even have the basics of a normal state. After 64 years, it doesn’t have borders. After six decades, it has never been more isolated. Over half a century later, and it needs a gargantuan military just to stop Palestinians from walking home.

Israel is a failed experiment. It is on life-support – pull those three plugs and it is a cadaver, living only in the minds of some seriously deluded foreigners who thought they could pull off the heist of the century.

The most important thing we can do as we hover on the horizon of One State is to shed the old language rapidly. None of it was real anyway – it was just the parlance of that particular “game.” Grow a new vocabulary of possibilities – the new state will be the dawn of humanity’s great reconciliation. Muslims, Christians and Jews living together in Palestine as they once did.

Naysayers can take a hike. Our patience is wearing thinner than the walls of the hovels that Palestinian refugees have called “home” for three generations in their purgatory camps.

These universally exploited refugees are entitled to the nice apartments – the ones that have pools downstairs and a grove of palm trees outside the lobby. Because the kind of compensation owed for this failed western experiment will never be enough.

When Golda Meir visited #Haifa a few days after the ethnic cleansing, she felt frightened when she entered the houses. The cooked food was still on the tables, the games and books left by the children were still on the ground, as if life had frozen in one moment. #Nakba72 pic.twitter.com/LWFOCIW25h

And no, nobody hates Jews. That is the fallback argument screeched in our ears – the one “firewall” remaining to protect this Israeli Frankenstein. I don’t even care enough to insert the caveats that are supposed to prove I don’t hate Jews. It is not a provable point, and frankly, it is a straw man of an argument. If Jews who didn’t live through the Holocaust still feel the pain of it, then take that up with the Germans. Demand a sizeable plot of land in Germany – and good luck to you.

For anti-Semites salivating over an article that slams Israel, ply your trade elsewhere – you are part of the reason this problem exists.

Israelis who don’t want to share Palestine as equal citizens with the indigenous Palestinian population – the ones who don’t want to relinquish that which they demanded Palestinians relinquish 64 years ago – can take their second passports and go back home. Those remaining had better find a positive attitude – Palestinians have shown themselves to be a forgiving lot. The amount of carnage they have experienced at the hands of their oppressors – without proportional response – shows remarkable restraint and faith.

This is less the death of a Jewish state than it is the demise of the last remnants of modern-day colonialism. It is a rite of passage – we will get through it just fine. At this particular precipice in the 21st century, we are all, universally, Palestinian – undoing this wrong is a test of our collective humanity, and nobody has the right to sit this one out.

This article was first published on Al Akhbar English on May 17, 2012. It can be read here in French, Spanish, German, Turkish and Polish.