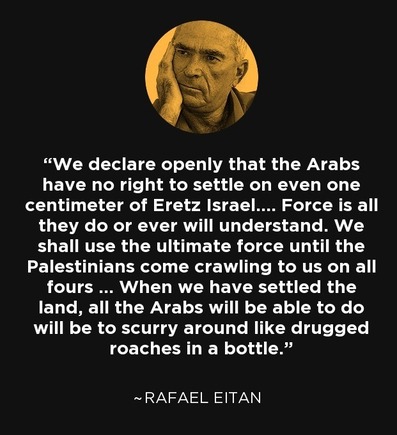 In his speech, General Kochavi said:

There is a moral abyss that exists between us and our enemies.

They rejoice when our civilians are killed; we investigate when theirs are killed.”

Sounds like a pretty good opening statement for his defense once the trial at The Hague commences. The only problem is, none of what he said is true.

As these words are being written, Israel is in the process of figuring out the results of its fourth elections in two years.

These elections mark what could be the final step in a political strategy that would make Machiavelli proud.

This strategy is one that was planned and executed brilliantly by Israeli Prime Minister Benjamin Netanyahu and that brought about the total disintegration of his opposition.

All that is left of those who ran against him are tiny fragments.

Similarly, no Israeli politician is able to compete with Netanyahu’s gravitas in the international arena.

This is something that was clearly demonstrated by the recent visit to Tel-Aviv by the Danish prime minister, Mette Frederiksen, and the Austrian chancellor, Sebastian Kurz, to discuss cooperation among the three countries. 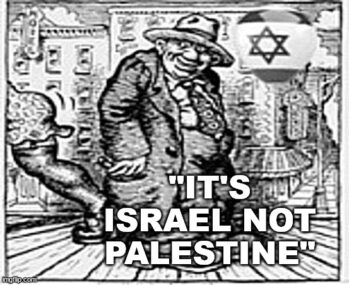 The speech given by the Israeli army chief represents a righteous indignation that is typical of Israeli officials.

He says that “a moral abyss” exists between Israel and its enemies, and that is a very interesting choice of words.

One might think it is self-defeating for the Israeli military and political officials to bring up morality.

And yet, here is yet another general who made a career of killing civilians and maintaining a brutal military regime claiming moral superiority.

In truth, a moral abyss does exist between Israel and the Palestinian people.

A quick comparison shows the following: From its very founding, Israel had invested billions of dollars in developing and maintaining its military; Palestinians have never had as much as a tank, much less a military force.

For decades Palestinians have been searching for ways to make Palestine peaceful again.

Palestinians had suggested establishing a secular democracy with equal rights.

When that was rejected, they had agreed to end their resistance and recognized the State of Israel. 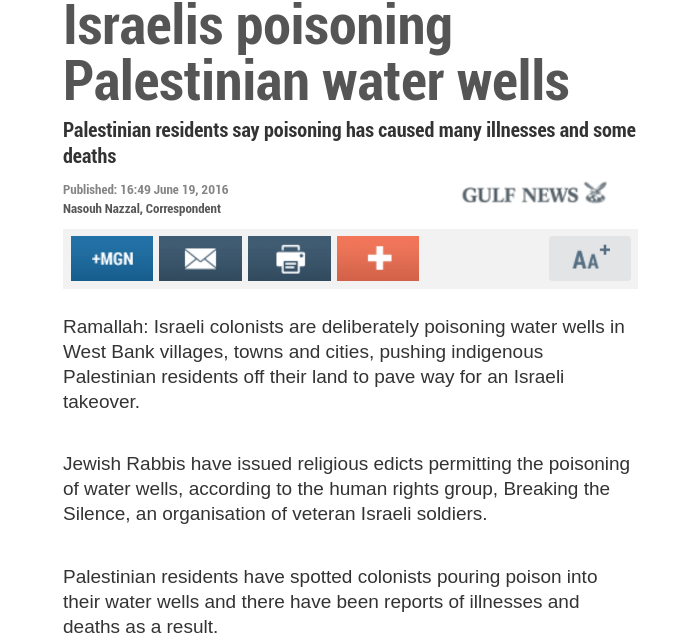 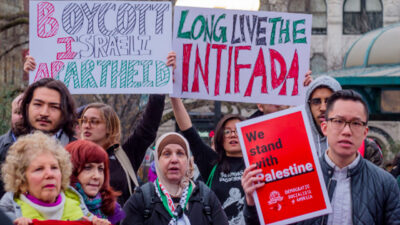 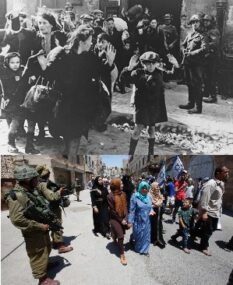 Then the Palestinian Liberation Organization entered negotiations with Israel and accepted that all it would receive was a small Palestinian State on less than one-quarter of historic Palestine.

When this proved to be impossible, the Palestinians initiated a peaceful, dedicated, and morally just campaign of boycott, divestment, and sanction against the State of Israel.

The demands set out by this call are all remedial and are all rooted in international law.

During these same decades, Israel had been engaged in dispossession, land theft, and violence.

Palestinians are targeted by Israel regardless of their status or geographic location.

Be they citizens of Israel, residents of the West Bank or Gaza, internally displaced, or refugees in camps outside of Palestine, Palestinians are living without rights — pushed off of their lands, prevented from access to basic resources like water, roads, and health care — and are killed on a daily basis. 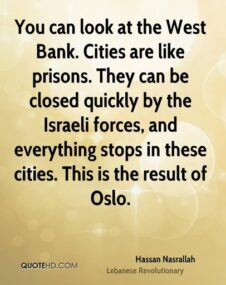 Israel will not even provide Palestinians with a Covid vaccine. So yes, General Kochavi is right about the moral chasm. However, he and his army have nothing to be proud of.

One constantly hears that Israel is surrounded by enemies and that therefore it has no choice but to maintain a strong military force and strike whenever and wherever it sees a threat.

This is not unlike criminals who steal and are then afraid of retribution from their victims or the authorities.

The criminals are constantly in need of more weapons, more recruits, and they must always hit first in order to strike fear into their potential enemies.

The State of Israel was established by acts that constitute crimes.

Killing, mass displacement of a civilian population, theft of property and money, and the creation of an apartheid regime.

Israel then built a military force that to this day continues to terrorize Palestinians and occasionally its neighboring countries, referring to them all as “enemies.”

One could argue, and indeed should argue, that Israel created enemies by its own criminal behavior.

Then Israel feels it has the right to protect itself from the very people it alienated through criminal acts.

Driving south from Jerusalem towards Gaza, one reaches an intersection just north of the first entry point into Gaza, called Erez.

At the top of the hill, there are a few trees — one can see the Mediterranean from there, and also Gaza City.

When Israel drops bombs on Gaza one can see the smoke and hear the explosions from that spot.

Someone dragged up a couch and a few chairs, turning this spot into a favorite for Israelis who enjoy the spectacle.