Finland’s co-chair of the Foreign Affairs Committee asserted on national television Thursday that American Jews hold vast control over the wealth and media in the United States, thus impeding the U.S.  government from remaining neutral in its stance in the Middle East.

Pertti Salolainen, discussing the United Nations General Assembly vote to upgrade the Palestinian Authority to non-member observer state on the Finnish television program YLE Aamu TV, accused the U.S. of being unable to remain impartial on Mideast matters, “…because they have a large Jewish population who have a significant control of the money and the media.

The U.S. for internal political reasons is afraid to become adequately involved. This is a sad truth about U.S. politics.”

The remarks sparked harsh criticism from the Simon Wiesenthal Center, one of the largest international Jewish human rights organizations, which said the comments “parroted the anti-Semitic canard that an evil cabal of Jews control the media and the US government….” 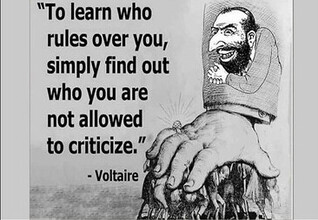 In a letter to Ritva Koukku-Ronde, the Finnish Ambassador to the U.S., Mark Weitzman, the Wiesenthal Center’s Director of Government Affairs, wrote, “That such remarks can come from a pillar of the political elite in Finland is dismaying and astonishing; but that this remark was unchallenged makes it appear that such ideas are part of acceptable discourse in Finland.”

Weitzman reminded the Ambassador that in 2010, her country joined the International Task Force for Holocaust Education, Research and Remembrance.

“At this point, Finland must immediately act to show that it remains committed to these ideals,” by officially condemning and repudiating Salolainen’s remarks, he said.

Weitzman also urged that the Finnish government, which voted in favor of the Palestinian Authority upgrade at the United Nations on Thursday, to take steps to remove the parliamentarian from any official position.