The deep state that props up puppets and pawns (only to kill them once they have been sufficiently used) with its vast resources through int’l drug trade, int’l business profits and the creation of fiat money through the fed. res. of the United States has more reasons for motive than can be easily counted: Le Mesurier had served their purpose and thus was now expendable.

Working for British intelligence MI6, pushed by his Israeli wife and then slipped on a banana skin , high on drugs, fell off the balcony , and landed in a path of a moving train. lol 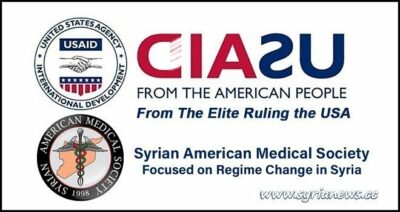 The first award was in the sum of $111.2 million and has a Period of Performance (POP) from January 2013 to June 2017. It states that the purpose of the award will be to use the funds for managing a “quick-response mechanism supporting activities that pursue a peaceful transition to a democratic and stable Syria.”

The second was in the sum of $57.4 million and has a POP from August 2015 to August 2020. This award was designated to be used in the “Syria Regional Program II” which is a part of the Support Which Implements Fast Transitions IV (SWIFT IV) program.

The Russian and Syrian governments have long seen the White Helmets ‘volunteer rescue group’, active in Syria, as dangerous terrorists. James Le Mesurier, who helped start the group, has now been found dead in Istanbul.

His death follows just days after the Russian Foreign Ministry, in a series of tweets on November 8, wrote that Le Mesurier had “connections to terrorist groups.” Moscow said that the Syrian Civil Defense, the formal name of the White Helmets, assisted the “most dangerous terrorist groups” in Syria.

James Le Mesurier was a former British army officer. He was founder of the not-for-profit Mayday Rescue group, which, according to its website, “builds emergency response capacity in communities at risk of conflict and natural disaster.”

The group began operations in 2014, and opened its Istanbul office in 2015 to support its most prominent rescue project, the Syrian White Helmets. 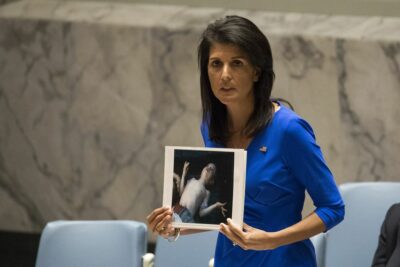 The April 4th, 2017 incident at Khan Sheikhoun has provoked an emotional response around the world after images began to emerge showing civilian adults and children apparently suffering from the effects of chemical weapons. President Donald Trump has stated that the attack has totally changed his views towards the Syrian civil war, and may alter his intended strategy there.

Although Western media immediately accused Bashar al-Assad of participating in a gas attack against his own people, the evidence indicates that the intended target was not immediately in a civilian area and was in fact a location where Syrian White Helmets were on the scene with rebel groups at what observers have claimed was a storage facility for conventional and chemical munitions.

Additionally, evidence indicates that rebel groups may have had prior knowledge of the attack and knew that there was a risk of chemical weapons being unleashed.

The attack also came in the aftermath of a trip by Senator John McCain to meet with groups known to associate with radical jihadist factions in Syria, at a time when the United States government has been engulfed in a power struggle between different political factions who disagree strongly over what should be appropriate policy in regards to the Syrian civil war.

Besides its project in Syria, Mayday Rescue also organized emergency response teams in Somalia and Lebanon.

The volunteers working as part of the White Helmets are acknowledged to have saved thousands of lives during the eight-year Syrian civil war, and the group maintains that it is neutral, because it provides assistance to both sides in the conflict.

However, the Syrian and Russian governments have long viewed the group as promoting Western propaganda and supporting anti-Assad insurgents.

Its first responders often risk death from “double tap” bombing raids by Syrian government forces, who launch secondary bombing attacks on the volunteers once they head into bombed buildings to search for survivors in the rubble.