On the House floor prior to the vote, Chairman Royce delivered the following remarks (as prepared for delivery):

This year, for the first time, we have seen direct military engagement between Iran and Israel. Iran launched a drone into Israel and fired rockets toward Israel, both from its perch in Syria. Meanwhile, Iran’s terrorist proxy Hezbollah continues to amass over a hundred thousand rockets and missiles in Lebanon. 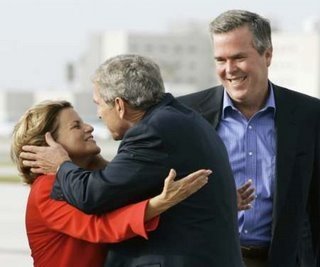 This bill will ensure that the United States continues to have Israel’s back in the face of these growing threats.

With this measure, we are codifying the assistance levels in the latest 10-year U.S.-Israel memorandum of understanding, which aims to strengthen our already robust relationship, especially on defense matters.

This bill also works to build on the United States’ and Israel’s successful history of cooperation on technology development.

In @MiamiHerald @alextdaugherty: I’m honored the United States-Israel Security Assistance Authorization Act carries my name but the most important legacy I leave is one of service to my constituents https://t.co/L7qzYn2FIr

Think of the Iron Dome missile defense system, which shot down some of those Iranian rockets.

More recently, the U.S. and Israel have begun collaborating on anti-tunnel technology to help the IDF find and destroy the tunnels that Hamas builds to use for smuggling and launching attacks on Israel.

It supports continued cooperation on space science and exploration, in line with the NASA Administrator’s recent trip to Israel to discuss expanding U.S.-Israel space cooperation.

This bill also authorizes the United States and Israel to collaborate on humanitarian assistance projects around the world, and authorizes the president to transfer precision-guided munitions to Israel.

Together, these two members authored the House companion to this Senate bill, which passed our committee unanimously – the latest in a long list of successful collaborations between them.

In honor of her tremendous legacy as an advocate for Israel, we are naming this legislation the Ileana Ros-Lehtinen United States-Israel Security Assistance Act of 2018. In her almost three decades in the House, Chairman Ros-Lehtinen has made steadfast support for Israel a hallmark of her congressional career. She was the first woman to chair the Committee on Foreign Affairs and the first Hispanic woman to serve in Congress. The U.S.-Israel relationship is stronger for the work that she has done in Congress. She will be greatly missed.”