There goes the neighborhood!

NEW YORK – One could easily have thought it was just another colorful bash in some Tel Aviv club, but it was Manhattan – and it was Halloween. Some 600 costumed Israelis crowded into Chelsea Market’s Miznon, the year-old local branch of the popular global chain launched by Israeli celebrity chef Eyal Shani.

The revelers spilled out into the rest of the trendy market – which draws millions of tourists and locals every year – and virtually all of them seemed to be speaking Hebrew. Music was courtesy of Israeli DJ Omri Anghel (brother of well-known journalist Itay), who is known for the funny Hebrew video clips he produces in New York, and appearances back home on Reshet’s satirical show “Future TV.”

The party was also organized by Israeli companies: Ran Harnevo’s startup Homeis (a social network that aims to facilitate ties between members of “foreign-born” communities and their home countries); SOSA, CEO Guy Franklin’s innovation hub for Israeli tech companies; and the LeumiTech banking firm, which put up the money.

Another event on the Israeli cultural, business and social calendar, which took place just a few weeks ago, was an unforgettable encounter organized by Hahaverim Shel Dikla (Dikla’s Friends). Dikla is Israeli entrepreneur and marketing/branding consultant Dikla Goldstein Malamud, organizer of business and social events in Israel and New York.

This one took place in a lovely building on the Lower East Side, designed by Israeli architect Eran Chen and constructed by Dvir Cohen Hoshen, owner of the Adam America real estate development firm. A tour of the penthouse overlooking the southern part of Manhattan was followed by a $150-a-plate dinner prepared by Tomer Avital, the (excellent) chef from the recently closed Balaboosta restaurant, founded by Einat Admony.

The evening – part networking, part social gathering – was conducted in Hebrew and featured a keynote address by Noam Bardin, the CEO of Waze, who had moved to New York a few months earlier after he got fed up with suburban life in Silicon Valley. The second speaker was Oded Grinstein, who established a nonprofit called My Child’s Cancer to help parents of sick children to find the right medical care, after his own daughter recovered from cancer. 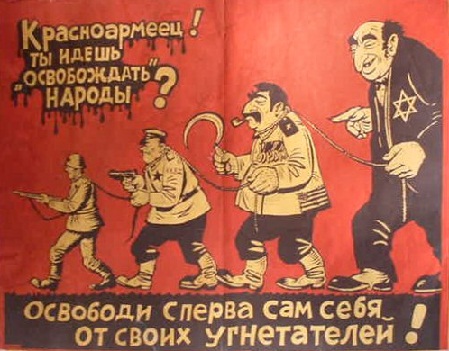 Another event on the Israeli cultural, business and social calendar, which took place just a few weeks ago, was an unforgettable encounter organized by Hahaverim Shel Dikla (Dikla’s Friends). Dikla is Israeli entrepreneur and marketing/branding consultant Dikla Goldstein Malamud, organizer of business and social events in Israel and New York.

A week before the Dikla event I went to a fund-raiser for Shanti House, an Israeli nonprofit that helps homeless and runaway youths. Mariuma Ben Yosef, Shanti’s CEO, had come from Israel for the event, which was financed by Sam Ben-Avraham, an Israeli-American businessman involved in fashion and real estate. The emcees were Guri Alfi, who has moved to Los Angeles, and former model Adi Neumann, sister of Adam Neumann, cofounder of WeWork.

Plenty of Israelis were in evidence there, too, among them model and designer Neta Alchimister, who had flown in especially for the event. Overseeing the dinner menu was chef Assaf Granit, who had arrived from London, where he had just opened his third restaurant (he is now planning to open a second eatery in Paris). With him came chef Eliezer Mizrahi from Machneyuda and Elior Ben Harush from Hasadna, both well-known Jerusalem eateries. Granit is planning to open a restaurant in New York in 2019 or 2020, and is confident he will find a location, and investors, in short order.

It’s not new to wander around Manhattan, hear lots of Hebrew and get the impression that Israel, in particular the State of Tel Aviv, has moved here. In fact, I wrote about this phenomenon two years ago, and since then the flow of Israelis has only intensified. The reasons are economic, professional, personal or just due to feeling suffocated by Israeli life, traffic or politics – but that’s a subject for a different article.

In any case, these days one can easily live a full Israeli life in the Big Apple. At the Holyland Market at St. Marks Place, you can find many food products from the Holy Land (that would be Palestinian food). Hebrew is taught at a host of schools, among them the Abraham Joshua Heschel School, a pluralistic Jewish day school. The Reform movement’s Stephen Wise Free Synagogue in midtown encourages Israelis to join, and offers services and activities in Hebrew as part of a program called Chofshi in Manhattan.

You can send your kids to Israel Scouts (aka Tzofim) activities, and if you need summer camp, Kimama is also here. There are online forums for Israeli businesswomen, for Israeli women involved in cinema and other industries, and for Israeli moms in New York. Hebrew-language tours of local galleries are run by Maya Yedid and Tal Barel. If you zap through local television channels you’ll see Michal Divon, who used to appear on i24 News in Israel and now hosts a show on New York’s Channel 12, focusing news from the Bronx and Brooklyn.

How many Israelis live in the United States, and in New York in particular? That’s not an easy question to answer. Shoham Nicolet, CEO of the Israeli-American Council, which has branches around the United States, estimates the number to be between 600,000 to 800,000. There are others who say that figure is closer to a million; some say it is much lower. An estimated 150,000 Israelis are said to live in New York City alone

No Gentile knows how many Jews there are in the United States. The figures are the exclusive property of the Jewish authorities. The government of the United States can provide statistics on almost every matter pertaining to the population of the country, but whenever it has attempted in a systematic way to get information about the Jews who are constantly entering the country, and the number now resident here, the Jewish lobby at Washington steps in and stops it. The Jews conceal their strength because Jewish influence at the Capitol has been strong enough to win on all matters affecting Jewish interests, at all times. biblebelievers.org.

Still, the hottest Israel-New York story today is undoubtedly high-tech. Manhattan boasts around 400 companies or start-ups that are either Israeli or headed by Israelis, and the number keeps growing. In 2007 there were only seven or eight such companies here. Just a few weeks ago, Jerusalem Venture Partners and SOSA each won tenders to establish global cyber security-related ventures in the city. About 1,000 people attended the hastily planned JVP’s celebration in SoHo, half of them Israelis.

The following day SOSA also had an event, albeit smaller, “for the select few only,” at the W Hotel near Union Square, attended by senior municipal officials. One of the main speakers was Nadav Zafrir, a former commander of Israel Defense Forces’ intelligence Unit 8200, who has relocated to New York to run Team8, a think tank and company-creation platform that he founded. Among the wave of Israeli high-tech experts who have been flooding the city, Zafrir is a star, but he is only one of many alumni from the same prestigious unit in the city, perhaps numbering in the hundreds, who meet periodically to network and feel a bit of home.

That same evening Shiboleth LLP, a law firm that has been working with SOSA for many years, hosted its own event, which included a reality-TV-style competition between high-tech firms. Zafrir addressed this event as well.

Notable Israeli high-tech-in-Manhattan success stories include Adam Singolda’s Taboola, which has around 1,000 employees, and its competitor, Outbrain, founded by Yaron Galai. The newest headline-maker in these circles is former musician Yoni Bloch, who together with Barak Feldman founded Eko, which creates interactive advertisements in which viewers can “control” the story. Retailing giant Walmart has invested $250 million in Eko as part of its tough battle against internet retailer Amazon – an amazing achievement for the Israeli-run firm.

Another rising-star company here is Talkspace, an online therapy platform founded by Oren and Roni Frank, which Time magazine included in its list of 50 top companies in the health field.

But without a doubt, the biggest achievement in this realm is WeWork, which now has a market cap of around $20 billion. The company, founded in 2008 by Adam Neumann and Miguel McKelvey in New York, whose shared workspaces can be seen around the world, is considered one of the most successful startups of this decade. Many are wondering if it has grown too fast and if the bubble is going to break, but the fact is that WeWork is continuing to expand. The Japanese company Softbank Corp. is now considering a $15 billion to $20 billion investment in the firm.

Beyond the high-tech realm, and outside of New York, there are many areas of American life that have ties to Israel. For example, next weekend the Israeli-American Council, which was founded in 2007 and “serves and represents” some quarter-million Israelis living in the country, will hold its fifth conference in south Florida, to be attended by 3,000 people, including U.S. Vice President Mike Pence.

The IAC’s establishment is an interesting story. For years, most of the people it caters to avoided Israeli-oriented activities and events. But IAC now has 20 branches across the United States, and its conference will be attended Israeli personalities from across the spectrum, including author Meir Shalev; Justice Minister Ayelet Shaked; Jewish Agency Chairman Isaac Herzog; Knesset Speaker Yuli Edelstein; Israel Prize winner Miriam Peretz; MK Nachman Shai (Zionist Union); Sheldon and Miriam Edelson (the IAC’s biggest donors), etc. Singer Yehuda Poliker will be performing.

Who would have dreamed that so many Israeli notables would come to a conference of yordim? The truth is, almost no one uses that pejorative term for Israelis who leave their homeland anymore. If in the past such individuals would squirm when they were referred to that way, now they hold their heads high. It appears that being an Israeli immigrant in the United States has become totally legitimate. 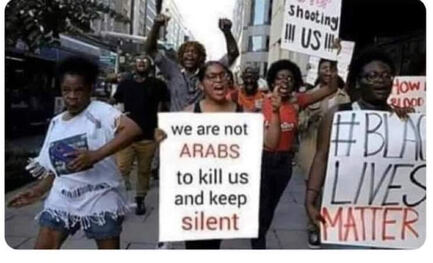