The International Criminal Court on Thursday rebuked the Trump administration for slapping sanctions and travel restrictions on court staff investigating alleged war crimes committed by U.S., calling the action “an unacceptable attempt to interfere with the rule of law.”

The new statement from the Hague-based body came after President Donald Trump issued an executive order authorizing the actions targeting ICC staff and their family members—as well as anyone who has “directly engaged in any effort by the ICC” to investigate the U.S. or a U.S. ally—as the Trump administration continues to lash out over ongoing investigations into alleged war crimes committed by U.S. forces and others in Afghanistan and alleged war crimes committed by Israel against Palestinians.

The court called Trump’s order “the latest in a series of unprecedented attacks on the ICC, an independent international judicial institution, as well as on the Rome Statute system of international criminal justice.”

“These attacks constitute an escalation and an unacceptable attempt to interfere with the rule of law and the court’s judicial proceedings,” the statement continued.

“They are announced with the declared aim of influencing the actions of ICC officials in the context of the court’s independent and objective investigations and impartial judicial proceedings.”

“An attack on the ICC also represents an attack against the interests of victims of atrocity crimes, for many of whom the court represents the last hope for justice,” the court added.

United Nations human rights spokesman Rupert Colville on Friday stressed the importance of the ICC being able to operate free from “threats or interference.”

“Victims of gross human rights violations and serious violations of international humanitarian law and their families have the right to redress and the truth,” he said at a press briefing in Geneva.

Trump has authorized sanctions and additional visa restrictions against ICC personnel. It’s the admin’s latest attempt to strong arm the international body out of an investigation into potential war crimes by US military and intelligence officials. https://t.co/nZXSgdD1iU

Criticism came in from the E.U. as well, with Dutch Foreign Affairs Minister Stef Blok saying he was “very disturbed” by the White House move, and the political block’s top diplomat, Josep Borrell, deemed it “very bad news.”

Trump’s order had already prompted a chorus of harsh criticism from rights groups.

Daniel Balson, advocacy director for Amnesty International USA, expressed concern that the “vague and open-ended language in the executive order could leave open the possibility that NGO workers, activists, foreign government officials, and others working to advance international justice may find themselves implicated by these obstructive measures.” 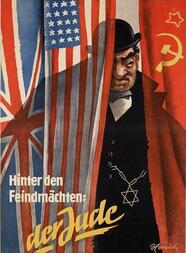 They stay hidden and pull strings from behind the curtain. Whatever US does, they are behind it.

“The ICC has investigated individuals responsible for some of the world’s most horrific crimes, including those in Myanmar, the Central African Republic, and Darfur, to name just a few.

The ICC is a court of last resort; it exists to provide justice in situations where states are unwilling or unable to do so. It is a court for the people,” said Balson. “That the Trump administration is so committed to targeting the court speaks volumes about its lack of commitment to delivering justice to individuals, families, and communities.”

“Asset freezes and travel bans are for human rights violators, not those seeking to bring rights violators to justice,” added Richard Dicker, international justice director at Human Rights Watch. “By targeting the ICC, the Trump administration continues its assault on the global rule of law, putting the U.S. on the side of those who commit and cover up grave abuses, not those who prosecute them.”

LAGenie Retweeted · marshall @Marshall_H15
5 hours ago
🛑When jews celebrate holidays , #Palestinians are locked down for the duration of the celebration , As Ramadan starts, Over 200 Racist settlers storm Al-Aqsa Mosque under Heavy #Israeli police protection https://t.co/lszeSt3k6C
View on Twitter
31
0
LAGenie Retweeted · Press TV @PressTV
2 days ago
Palestinian teen loses his eye after being shot by Israeli forces in occupied West Bank
https://t.co/Y7afIgmVKv
View on Twitter
357
0
LAGenie @lagenie24
3 days ago
18 Reasons I Won't Be Getting a Covid Vaccine
Johnson and Johnson Has Paid $BILLIONS in Criminal Settlements and Never Produced a Vaccine Before – Why Would We Trust Them for a New Experimental COVID Vaccine?