With every new president elect comes the age of New Stupid 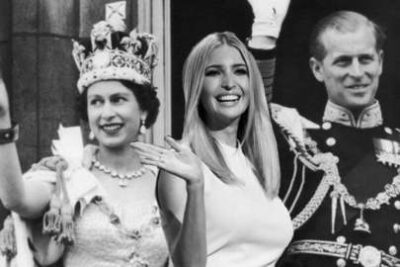 As witnessed during Donald Trump’s recent attendance at the G20 Summit in Osaka and his side trip to the Demilitarized Zone (DMZ) in Korea, relying solely on the counsel of one’s daughter and son-in-law resulted in Trump displaying for the world his total ignorance of the fundamentals of international relations and geo-politics.

Trump insisted on placing his daughter, Ivanka Trump, and her husband, Jared Kushner, on center stage in Osaka for the G20 conclave and at Panmunjom for a hastily arranged meeting with North Korean leader Kim Jong Un. Ms. Trump acted as if she was on some sort of sorority house outing and was keen to impress her friends with inane statements that stepping into North Korea with her father was “surreal.”

Ms. Trump’s husband failed to impress anyone a week earlier after his long-awaited and overly hyped Middle East “peace plan” (a Zionist real estate deal which is nothing new to the Palestinians and their answer has been NO for 70 years) was presented at a “workshop” in Manama, Bahrain. 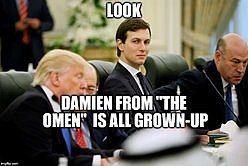 Ms. Trump’s husband failed to impress anyone a week earlier after his long-awaited and overly hyped Middle East “peace plan” was presented at a “workshop” in Manama, Bahrain.

While Kushner failed to impress anyone in Bahrain with his peace plan nonsense, his wife, Ivanka, made an utter fool out of herself and the United States by appearing center stage at the G20 Summit.

It is clear from the audio that Trump’s daughter was way out of her league and her insertions of babbling nonsense failed to impress the four leaders, three of whom are responsible for major nations and one for an important international organization.

Ms. Trump has only been responsible for using her White House position to enrich her portfolio of handbag, clothing, perfume, footwear, and jewelry companies.

Trump’s neo-conservative war hawk national security adviser, John Bolton, did not accompany the president to Panmunjom. North Korea has made no secret of its dislike for Bolton, an opinion that is shared by many other countries and a sizable percentage of Americans.

Instead, Bolton was banished to Ulan Bator, Mongolia, where he conducted talks with Mongolian state security secretary Davaasuren Damdinsuren.

Bolton’s place in Panmunjom was taken by Fox News host Tucker Carlson, who would not even have a job in the television business had it not been for the fact that his father, Dick Carlson, was a past president of the Corporation for Public Broadcasting and director of the Voice of America.

Together with Ms. Trump and Kushner, Tucker Carlson made up the US contingent in Panmunjom for the first ever “visit” by a sitting US president to North Korean soil.

In fact, two past presidents, Jimmy Carter and Bill Clinton, accomplished much more during their post-presidential visits to North Korea than did Trump for a self-serving “photo op.”

At the other end of the spectrum, where inexperienced and outright stupid novices roam, is found Trump and Brazil’s far-right president, Jair Bolsonaro. During a joint press conference in Osaka, Trump was asked about President Putin’s belief that “western liberalism” was on the political ropes.

Trump, obviously unfamiliar with the concept advanced during the Age of Enlightenment by such 17th and 18th century figures as John Locke, Thomas Hobbes, and Baron Montesquieu – it should be firmly stated that anyone who ever took a college political science or history course is familiar with the refrain “Hobbes, Locke, and Montesquieu” – began blathering about liberal Democratic cities in California, specifically mentioning Los Angeles and San Francisco.

In a cringeworthy moment, Trump incredulously said, “I guess you look at what’s happening in Los Angeles, where it’s so sad to look, and what’s happening in San Francisco, and a couple other cities which are run by an extraordinary group of liberal people.”

It is of little wonder why Trump only seems to bond with Bolsonaro, an admirer of Adolf Hitler and Benito Mussolini. Bolsonaro is a disciple of the Richmond, Virginia-based Brazilian polemicist, Olavo de Carvalho.

A fierce opponent of former Brazilian Presidents Luiz Inácio Lula da Silva and Dilma Rousseff, Carvalho rejects Copernican, Newtonian, and Einsteinian physics, choosing to believe that the Earth does not revolve around the sun; that the concept of infinite numbers, as well as manmade climate change, are hoaxes; that there was no such thing as the Spanish Inquisition; that vaccinations kill people or make them crazy; and that Pepsi sweetened its drinks with aborted human fetuses.

Carvalho has also said that there is insufficient evidence to prove whether the Earth is flat or a sphere. No wonder Trump and Bolsonaro admire one another.

They have become the antithesis of the Age of Enlightenment. They represent a modern “Age of Stupidity.”

One could easily dismiss those like Carvalho as lunatic gadflies. However they have powerful admirers and cohorts, as witnessed in March 2019 at the Trump International Hotel in Washington.

Present was President Bolsonaro’s son, Eduardo Bolsonaro, a representative for South America of Bannon’s global fascist “Movement.” Following the screening of the film, Carvalho declared that all journalists are drug addicts.

Such a Trump-like statement by the political guru of Bannon and Bolsonaro provides further evidence that our world has entered the Age of Stupidity, where up is no longer down, facts are considered false, and imbeciles like Trump and Bolsonaro, along with their corrupt families, now govern major nation-states.

One thought on “In the Age of Stupidity”

LAGenie Retweeted · Cynthia McKinney PhD @cynthiamckinney
22 hours ago
Message sent in love to my brothers and sisters in Africa: PLEASE DO NOT TAKE ANY COVID-19 VACCINE. WHY ARE THEY STARTING WITH YOU? DON'T BE GUINEA PIGS FOR ENGINEERED DISEASES FROM THE WEST. https://t.co/wLdpLTfpF4
View on Twitter
279
0
LAGenie Retweeted · Muhammad Smiry 🇵🇸 @MuhammadSmiry
22 hours ago
The occupied PALESTINE https://t.co/TTjilDORNh
View on Twitter