The ease with which American foreign policy “experts” can suddenly reinvent themselves, switching focus as the DC mood changes, exposes the Washington think tank racket as a giant sham designed to manipulate opinion.

Omri Ceren from the right-wing Likud-aligned Israel Project was also on the panel. Echoing Israeli government talking points, he called for the US to spread a “freedom agenda” in Iran – which is code for regime change.

When protests broke out in Iran at the end of 2017, Washington think tanks were ecstatic. They saw an opportunity to push for regime change and they went for it. Almost overnight, all of the self-proclaimed “Syria experts” who spent the last several years arguing for the overthrow of Syrian President Bashar Assad shifted their focus to Tehran.

The Hudson Institute, a conservative pro-war Washington outfit funded by major corporations and oil companies, is a case in point. On January 16, Hudson hosted a panel of so-called experts, titled “Iran Protests: Consequences for the Region and Opportunities for the Trump Administration.” The panel featured a who’s who of warmongers discussing how to weaken yet another Middle Eastern state.

The Iranian expats are equivalent to the anti-Castro Cuban expats. They serve imperialism because imperialism serves them.

From ‘Russian meddling’ to Iran regime change: Social media as tools of US policy

The most notorious among them was regime change aficionado Charles Lister, a “senior fellow” (read lobbyist) at the Middle East Institute, an influential DC think tank that receives tens of millions of dollars from the United Arab Emirates, a country whose leadership is committed to regime change in Iran. Before he was an “Iran expert,” Lister rose to prominence agitating for regime change in Syria. He is perhaps best known for cheerleading Salafi jihadist Syrian rebel groups like Ahrar al-Sham and Nour al-Din al-Zenki, which Lister insisted were moderate despite their explicitly stated intention to wipe out minorities in Syria and their open alliance with Syria’s Al-Qaeda affiliate. Anyone who dared to criticize such groups or highlight their genocidal agendas quickly became targets of Lister over the years – he would brand them dictator lovers and Assadists.

It’s unclear whether Lister speaks any Arabic or whether he’s ever spent any significant amount of time in Syria or the Middle East more generally. But he says what the foreign policy establishment wants to hear, and for that, he is quoted extensively in the mainstream press on everything from Syria to Iran to even Egypt, with the New Yorker’s Robin Wright labelling him “an expert on Jihadism.”

During the Hudson panel, Lister argued against the US participating in locally negotiated ceasefires in Syria that have played a major role in de-escalating the violence that tore apart the country. Ceasefires benefit Hezbollah and Iran, warned Lister, who would apparently rather the bloodshed continue if it helps the US and its jihadist proxies. Lister also painted Israel as the ultimate victim of Iran in Syria and suggested the CIA assassinate Major General Qasem Soleimani of the Islamic Revolutionary Guard Corps. Soleimani heads Iran’s elite Quds Force, which conducts operations outside of Iran in both Iraq and Syria. He has been credited with helping to turn the tide in both countries against Al-Qaeda and Islamic State (IS, formerly ISIS) which has led to American fears that he threatens US hegemony in the region.

Hudson’s in-house counterterrorism expert Michael Pregent, who previously accused Iran of refusing to fight IS while arguing that the sometimes IS-allied Free Syrian Army was the only force capable of defeating the terrorist group, also agitated for the assassination of Soleimani, but he called for Israel to do the dirty work rather than the CIA. 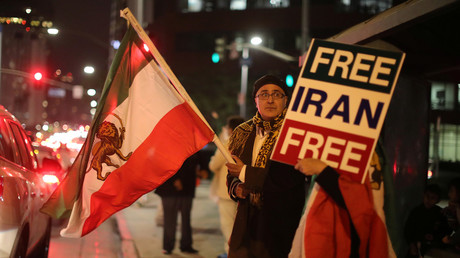 Omri Ceren from the right-wing Likud-aligned Israel Project was also on the panel. Echoing Israeli government talking points, he called for the US to spread a “freedom agenda” in Iran – which is code for regime change.

Another speaker was Brian Katulis from the Center for American Progress, a Democratic think tank that also receives funding from the UAE. Katulis employed empty slogans about supporting “freedom and justice” in Iran. Almost everything he said was forgettable. The UAE funding might explain why these experts continually blasted Iran for supposedly destabilizing Yemen without mentioning a word about the punishing Saudi-imposed siege which has led to famine and a cholera outbreak of epic proportions that kills a Yemeni child every 10 minutes.

The Hudson panel perfectly encapsulates how these establishment experts have no actual expertise, just fancy titles and shady funding that gives them a veneer of scholarly seriousness. They shift from one country to the next and are considered authoritative without any real credentials other than being white men who provide the intellectual backbone to Washington’s permanent war agenda, which all the panelists have a history of supporting. The fact that their policy prescriptions have ended in disaster for the people of the region doesn’t slow them down.

The war in Iraq killed over a million people and catapulted the region into violent sectarian warfare from which it has yet to recover. The Western intervention in Libya threw that country into chaos, transforming what was once the richest nation in Africa, with the highest literacy rates, into an ungovernable gang-run state home to IS slave markets. And then there’s Syria, where the US poured billions into funding Al-Qaeda-linked rebel groups to overthrow the government, creating the worst refugee crisis since World War Two. 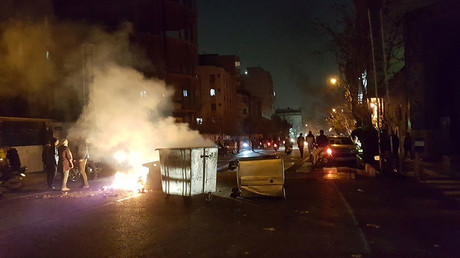 The men who made up the Hudson panel supported all of these disastrous wars, which goes to show that being wrong gets you places in Washington. In fact, being wrong seems to be a prerequisite for promotion in Beltway circles.

No one epitomizes this dynamic more than Peter Bergen, a national security analyst at CNN. Two decades ago Bergen produced a rare interview with Osama bin Laden and he’s been capitalizing on it for 20 years. Since then he has fallen up to expert status on any and all issues pertaining to national security, counterterrorism and the Middle East, no matter how wrong he is. He supported the conflicts in Iraq and Libya. And here he is debating an actual expert, journalist Nir Rosen, and like always, Bergen argues for more war.

Another example is Ken Pollack from the Brookings Institute. He pushed hard for the war in Iraq and US interference in Libya and Syria. Despite the disastrous consequences of these policies, he is still described as an “expert” and recently penned a report for the Atlantic Council on countering Iran.

Destabilizing Iran has long been a policy goal of the US and its Israeli and Saudi allies. But the reality is that Iran is the most stable country in the Middle East and it played a crucial role in protecting the region from IS and Al-Qaeda. Whatever one thinks of the government in Iran, and there are of course many legitimate critiques as is true of any government, Iran’s only crime is that it acts independently of American interests and for that, it must be strong-armed into submission. So, let’s hope the experts don’t have their way.