Everybody wants a bite of the Jew. European Jews, specifically. They better stay within the safe walls of the Israel bubble. All Jews should immigrate to occupied Palestine. Where everyone REALLY hates them

The countries to be avoided include both Dubai and Abu Dhabi, Bahrain, Georgia, Azerbaijan, Turkey, Jordan and Egypt.

India held Iran responsible for the bombing at the Israeli embassy in Delhi in January.

The official Israeli advisory also covered international jihadist threats, especially by the Islamic State, that “continues to be active in places frequented by Israeli tourists.”

They include Mali and Burkina Faso, Central Africa, northern Nigeria and its neighbors, as well as Malaysia, Indonesia, Kashmir and the southern Philippines.

My interview on the US-#Iran stand-off, where it’s heading & why the Middle East is responsible for the global balance of power shift toward multipolarism. https://t.co/rIBNpY4atH 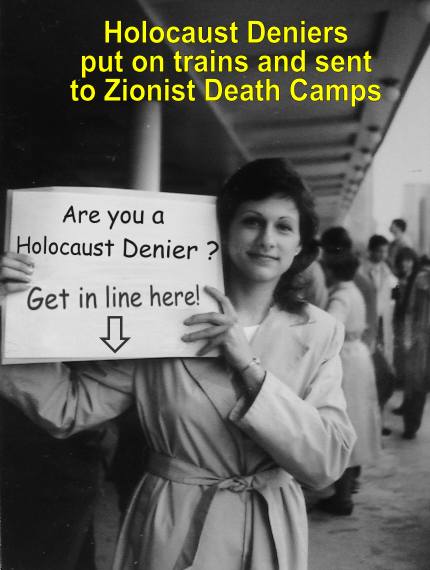 LAGenie Retweeted · marshall @Marshall_H15
3 hours ago
🛑When jews celebrate holidays , #Palestinians are locked down for the duration of the celebration , As Ramadan starts, Over 200 Racist settlers storm Al-Aqsa Mosque under Heavy #Israeli police protection https://t.co/lszeSt3k6C
View on Twitter
31
0
LAGenie Retweeted · Press TV @PressTV
2 days ago
Palestinian teen loses his eye after being shot by Israeli forces in occupied West Bank
https://t.co/Y7afIgmVKv
View on Twitter
357
0
LAGenie @lagenie24
3 days ago
18 Reasons I Won't Be Getting a Covid Vaccine
Johnson and Johnson Has Paid $BILLIONS in Criminal Settlements and Never Produced a Vaccine Before – Why Would We Trust Them for a New Experimental COVID Vaccine?

https://t.co/UYPusH2kyu
View on Twitter
0
0
LAGenie Retweeted · Caitlin Johnstone ⏳ @caitoz
1 week ago
Everything the western world believes about itself and its values is invalidated by its treatment of Julian Assange.
View on Twitter
1174
0
LAGenie Retweeted · Stop the War @STWuk
1 week ago
This Thursday's meeting will relaunch @STWUK in #Coventry. You are invited to join the meeting and work for an end to Yemeni people's suffering.