We should not forget that according to respected journalist Seymour Hersh (The Samson Option), Israel threatened to exercise its nuclear option during the 1973 war (which Egypt and Syria confined entirely to their own sovereign lands under belligerent/illegal/brutal occupation by Israel) unless then US President Nixon replaced all the weaponry it had lost to Egyptian forces in the Sinai. Fearing that Israel would resort to nuclear weapons, Nixon complied and ordered a massive airlift of armaments to Israel – nuclear blackmail.

Watch Miko Peled: Israel needs Iran as a tool to divert focus away from the war crimes it is committing against the Palestinians pic.twitter.com/TSXeMWSGfP

“The Iran issue is placing the Jewish community in America on the wrong side of an issue in which they should have no part. Israel and the US are colluding to hide Israel’s crimes against the Palestinians and Iran is the smoke screen. Never mind that 74 million Iranians who hurt no one and attacked no one need to live in fear of an impending attack and suffer deprivations from sanctions imposed on them for no good reason.

The notion of an Iranian threat is as absurd as the threat of Iraq’s WMD.  Going along with Israel’s madness and placing Iran and Iranians in this predicament is shortsighted. For the American Jewish community this shortsightedness may come at a heavy price.”- Miko Peled 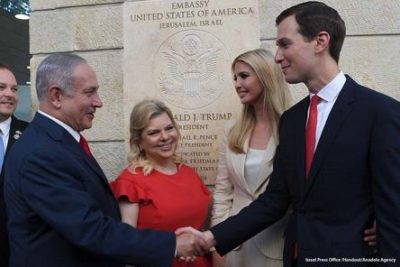