A year from today the UN arms embargo on Iran will expire. The world’s leading state sponsor of terrorism will be able to buy & sell advanced weaponry, triggering a new arms race in the Middle East. The UN Security Council should not lift the arms embargo on Iran. pic.twitter.com/YdB8CrwpVH

“The Big Lie: We were out to rain fire and brimstone on those who had attacked us on our own soil.

We were out to depose the Taliban rulers who sheltered Osama Bin Laden, and we were determined to drive al-Qaida from its safe haven in Afghanistan.”

The wars in Iraq, Afghanistan, and Pakistan have taken a tremendous human toll on those countries. As of November 2018, at least 244,000 civilians in these three countries have died violent deaths as a result of the wars.

Civilian deaths have also resulted from the US military operations in Yemen, Syria, Somalia and other countries in the U.S. war on terrorism.

Civilians die at checkpoints, as they are run off the road by military vehicles, when they step on a mine or cluster bomb, as they collect wood or tend to their fields, and when they are kidnapped and executed for purposes of revenge or intimidation.

They are killed by the United States, by its allies, and by insurgents and sectarians in the civil wars spawned by the invasions.

Death can also happen weeks or months after a battle. Many times more Iraqis, Afghans, and Pakistanis have died as a result of battered infrastructure and poor health conditions arising from the wars than directly from its violence.

For example, war refugees often lose access to a stable food supply or to their jobs, resulting in increased malnutrition and vulnerability to disease.

The Costs of War reports document the direct and indirect toll that war takes on civilians and their livelihoods, including the lingering effects of war death and injury on survivors and their families.

The West views Syria as a place for flexing muscles with rivals, while at the same time it could well serve as a basin for terrorists and their affiliates in the Western countries.

Benefits of Syria crisis for West 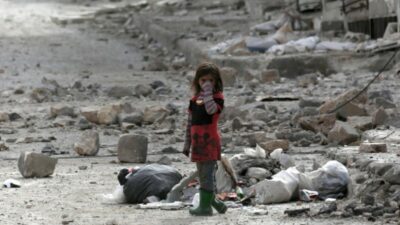 A girl stands amidst the rubble of damaged buildings in the northern Syrian town of al-Bab, Syria, February 28, 2017. REUTERS/Khalil Ashawi

The weapon of mass immigration 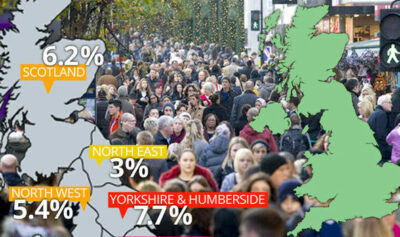