Rmep is particularly interested in more information about employees working at the Office of Terrorism and Financial Intelligence, first requested via FOIA in the year 2012. In 2014, Treasury released a list but redacted the names of OTFI employees except Luke A Bronin, David Samuel Cohen, Daniel L. Glaser, Barbara C. Hammerle, Susan Leslie Ireland, Elizabeth S Rosenberg, and Adam J. Szubin. In 2018, Treasury is again attempting to withhold nearly all names of employees working at OTFI [ Office of Terrorism and Financial Intelligence]

The American Israel Public Affairs Committee (an entity ordered to register as an Israeli foreign agent on November 21, 1962, but which has never complied with the order) and its associated think tank, the Washington Institute for Near East Policy (WINEP), were instrumental in lobbying the president for the creation of the Office of Terrorism and Financial Intelligence (OTFI) unit early in 2004. 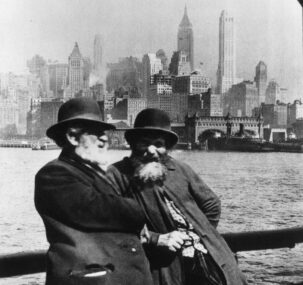 A fifth column is any group of people who undermine a larger group from within, usually in favor of an enemy group or nation. In 1920, Henry Ford’s newspaper, The Dearborn Independent, published an article on how Jews had used their power and influence to block the Federal government’s attempts to determine just how many Jews were in the country: How many Jews are there in the United States? No Gentile knows. 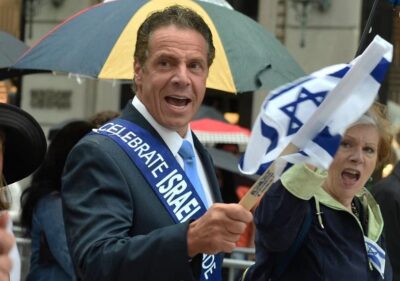 Not working for us

The office was initially led by Stuart Levey. Levey’s Harvard thesis was about how Israel lobbying organizations could be more effective by staying under the radar and avoiding the notoriety generated by illicit activities committed by such organizations as the Jewish Defense League (a Department of Justice-designated terrorist organization). Levey wrote in his thesis (PDF) that:

“Zionism is the modern quest to realize the 2000-year-old Jewish dream to return to the Holy Land and re-establish Jewish sovereignty….

All Zionist groups dreamed of settling Israel and creating a Jewish state by ingathering the scattered exiles of the Diaspora. 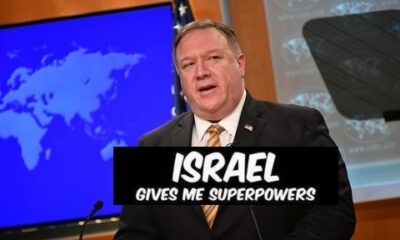 Never worked for us

They all stressed the ultimate unity of the Jewish people and their potential to create a state that would be a light unto other nations.”

The OTFI rebuffed IRmep’s related FOIA attempts to obtain information about OTFI sanctions and Levey’s numerous taxpayer-funded trips to Israel during his tenure.

OTFI made its employees available for public presentations and Q&A sessions mostly to a select number of organizations (all designated as “Israel Affinity Organizations” in the 2016 book, Big Israel: How Israel’s Lobby  Moves America) such as the Washington Institute for Near East Policy and the Foundation for the Defense of Democracies.

When Levey stepped down in 2011, the top job at TFI was passed to David Cohen, who worked at the same Washington DC Law firm as Stuart Levey, Miller, Cassidy, Larroca & Lewin LLP (which later merged into Baker Botts LLP). Cohen continued to limit the OTFI’s public exposure.

On September 12, 2012, he refused to answer reporter questions about Israel’s possession of nuclear weapons, and whether sanctioning Iran, a Nuclear Non-Proliferation signatory, over its internationally-inspected civilian nuclear program was an example of double standards at OTFI.

Cohen was succeeded by longtime OTFI employee Adam Szubin, who was appointed to lead OTFI during the Obama administration, but who was never confirmed by the Senate. Szubin then served as interim Under Secretary of OTFI from January 20, 2017 until February 13, 2017. 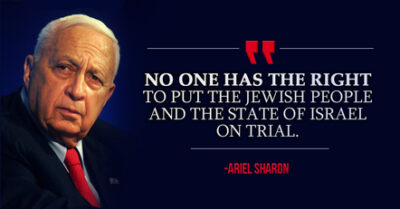 Claims Jews are a protected species…no matter the crime

According to the news and intelligence website DEBKAfile, TFI is now being headed up by an official with current or former Israeli citizenship, Sigal Pearl Mandelker.

Doesn’t work for us

The chief lobbying group that worked to create the OTFI, and presumably ideologically vet its chiefs, is currently attempting to create new enforcement powers to target Americans found guilty of boycotting Israel over its endemic human rights abuses.

The AIPAC’s “Israel Anti-Boycott Act” will allow secretive units such as OTFI and new units housed the Export Import Bank to fine Americans up to $1 million and imprison them for up to 20 years.

Free speech rights are not an obstacle. OTFI worked to successfully imprison Javed Iqbal for nearly six years for airing Hezbollah videos over his privately-owned cable network that AIPAC and its Israel affinity organizations found distasteful. OTFI shut down nonprofit charities the Israel lobby opposed such as Al-Haramain, Benevolence International, Global Relief, and Kind Hearts with little due process.

Never worked for us

Is the Israel lobby, through AIPAC, creating and seeking to create entirely new secretive organs of government with special powers that negatively impact U.S trade, investment, free speech and the ability to conduct nonprofit social welfare programs that the Israeli government opposes?

Are these units exclusively to be led and staffed by employees vetted for the proper religious, foreign nationalist and now foreign citizenship parameters dictated by the Israel lobby?

“Why is there so much secret OTFI coordination with Israel?”

“Why is OTFI so selective in enforcement by targeting Israel’s geopolitical rivals, but not illegal Israeli settlements and Israel’s nuclear weapons program, which continually steals U.S. nuclear weapons material, technology and know-how?”

https://t.co/UYPusH2kyu
View on Twitter
0
0
LAGenie Retweeted · Caitlin Johnstone ⏳ @caitoz
1 week ago
Everything the western world believes about itself and its values is invalidated by its treatment of Julian Assange.
View on Twitter
1174
0
LAGenie Retweeted · Stop the War @STWuk
1 week ago
This Thursday's meeting will relaunch @STWUK in #Coventry. You are invited to join the meeting and work for an end to Yemeni people's suffering.