What attracted me to this story was that only a Palestinian child was struck by tragedy and no Israelis.

Due to flooding caused by the rains throughout the day in southern Israel, parts of Route 40 near the town of Mitzpe Ramon were closed, as was a segment of Route 90 in the Arava Valley.

In the Gaza Strip, a Palestinian teenager was electrocuted after touching an electric pole outside his home during heavy rains. 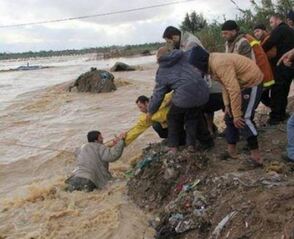 Israel repeatedly opens its dams towards the besieged Gaza Strip during winter time, especially following heavy rain, inflicting serious losses and destruction in various areas of the coastal region, in addition to many injuries.

Palestinian authorities in the coastal enclave said they were prepared for a rare hurricane-like weather system that was expected to hit the eastern part of the Mediterranean on Saturday. The system lessened but still resulted in heavy rain.

Gaza, ruled by the Hamas terror group and blockaded by Israel and Egypt to prevent arms smuggling, has rundown infrastructure and residents are vulnerable to such dangers.

Gaza, ruled by the ‘Hamas terror group’ and blockaded by Israel and Egypt to prevent arms smuggling, has rundown infrastructure and residents are vulnerable to such dangers.

For more than a decade Palestinians living in Gaza have endured major escalations of violence and an air and sea blockade, imposed by Israel and Egypt, that has decimated the infrastructure, stifled economic growth and made living conditions so dismal that United Nations officials say a humanitarian disaster is unavoidable.

Entire industries have collapsed within the Gaza Strip. Farming areas along the perimeter of the strip have been ruined by the siege and three recent wars with Israel, in 2009, 2012 and 2014.

Many Gazans are the property owners and land owners who were terrorized off their homes and lands in`1948. They are living right next door in a cage to armed squatters on their land who are enjoying what belongs to Palestinians. Eating their food, sleeping in their beds.

The last step before the immigration from Europe to Palestine: a staged holocaust to chase the Jews to Palestine.  Jewish Hollywood sent in their own photographers, journalists directors and documenters to capture the Zionist narrative for the public. Oops! Shown here stepping into a shoot is Billy Wilder. 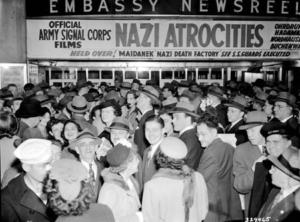 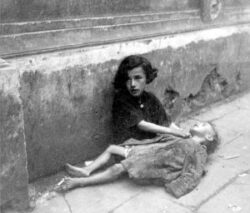 The Zionist movement creates this wherever they go

A trained and heavily armed Zionist army to steal Palestine and kill and terrorize Palestinians out of their homes and property.

The immigrant Zionists keep Palestinians living in poverty and misery, incarcerated and sealed off from the world.

The world’s public did not know Palestinians existed until they thrust their plight onto the world’s stage. Journalists loved it, to the chagrin of the Zionists who tried to keep them silent and hidden. But alas, Israel has the backing of the US superpower and the systematic genocide of the Palestinians continues to this day. 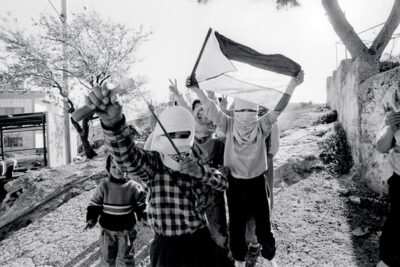 LAGenie @lagenie24
2 hours ago
“Syria calls on UNSC to force the Israeli occupation to stop its practices in the Syrian Golan and looting its resources including oil,” al-Jaafari stressed.
https://t.co/gKFvBgoNvk https://t.co/gF6W0lXvN2
View on Twitter 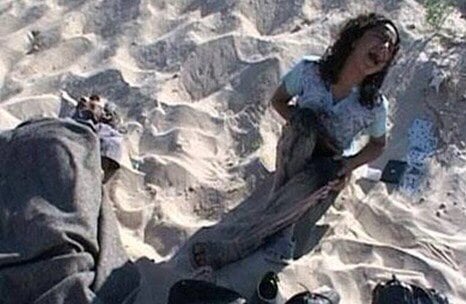 17
0
LAGenie Retweeted · Britgirl Explains Brexit #FBPE @MarieAnnUK
12 hours ago
That awkward moment when you're being such a bastard Putin has to intervene. https://t.co/kpk40NBvPj
View on Twitter
42896
0
LAGenie Retweeted · Suzy S @PalestinePR
12 hours ago
Israel has committed so many war crimes against the Palestinian ppl that the ICC investigation has exceeded the page limit set down in statute. https://t.co/tiTZQDQk67
View on Twitter
233
0
Follow @lagenie24