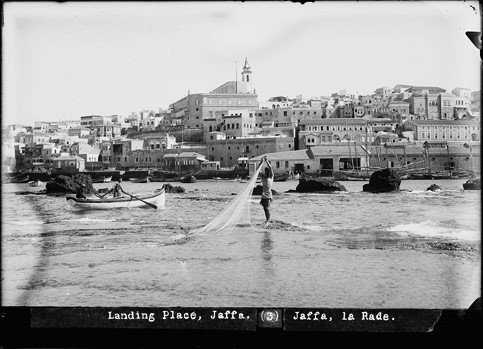 Jaffa was the epicenter of the Palestinian economy before the Zionist invasion. Zionist military forces displaced 95 percent of Jaffa’s indigenous Arab Palestinian population. Boxed Jaffa oranges being loaded for export, early 1920’s. Jaffa oranges were Palestine’s leading export. After 1948, Jaffa’s nationalized orange groves and the established markets for their products provided the major source of income for the new Zionist occupiers. “Since 1996, following the signing of the Oslo accords by Israel and the Palestine Liberation Organization, Israel restricted Gaza fishers to 20 nautical miles off the coast. That was eventually reduced to 12 miles, then six and now to just three.”

Ismail Abu Riyala was hit by a bullet to the head

Being a fisher in Gaza is one of the world’s most dangerous occupations.

Since 1996, following the signing of the Oslo accords by Israel and the Palestine Liberation Organization, Israel restricted Gaza fishers to 20 nautical miles off the coast. That was eventually reduced to 12 miles, then six and now to just three.

Israel has periodically banned Palestinians from going to sea entirely, according to Al Mezan.

Since the year 2000, Al Mezan has documented nearly 1,300 Israeli violations against Palestinian fishers in Gaza.

These include some 1,200 incidents of shooting at fishing boats, causing the death of eight fishers and the injury of 134.

Israel has arrested more than 650 fishers and seized more than 200 boats and destroyed vessels and equipment, such as nets and lights, in more than 100 cases, according to Al Mezan.

Palestinian fishers in Gaza have also come under fire by the Egyptian navy. Abdullah Zeidan, 32, was killed by Egyptian forces while fishing along Gaza’s southern border in January.

Fishers, whose trade has long been part of Gaza’s culture and economy, have become one of the poorest groups in the territory, requiring sustained humanitarian aid, according to Al Mezan.

Of the 3,800 fishers registered with the Palestinian Fishermen’s Syndicate, only around half of them still practice the profession.

Yet more than 35,000 Palestinians in Gaza “still depend on this industry for their livelihoods,” according to the United Nations humanitarian monitoring group OCHA.

Fish caught off of Gaza’s coastal waters is a major source nutrition for Palestinians in the territory, though one that fewer and fewer can afford. After more than a decade of Israeli blockade, half of Gaza’s population of two million is moderately to severely food insecure.

50
0
LAGenie Retweeted · tim anderson @timand2037
2 days ago
Compare US police state racist and inhuman tactics with those of the colonists in occupied #Palestine https://t.co/KCwXm2erNa
View on Twitter
416
0
LAGenie Retweeted · True Torah Jews @TorahJews
5 days ago
It's no news that Jews & Muslims lived in peace for 100s of years. Not only were we not enemies, but rather came together as friends.