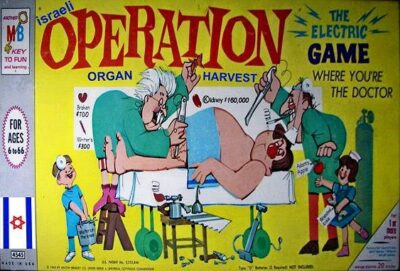 Do more people understand now that we are all Palestinians?

The Times of Israel also reported that in a recording from the event the Hebrew University lecturer also revealed that the Israeli military firms are testing weapons on Palestinian children and carry out these tests in the Palestinian neighborhoods of occupied Jerusalem.

Speaking in Columbia University in New York City, Shalhoub-Kevorkian said that she collected the data while carrying out a research project for the Hebrew University.

“Palestinian spaces are laboratories,” she said. “The invention of products and services of state-sponsored security corporations are fueled by long-term curfews and Palestinian oppression by the Israeli army.”

In her talk, entitled “Disturbing Spaces – Violent Technologies in Palestinian Jerusalem”, the professor added: “They check for which bombs to use, gas bombs or stink bombs. Whether to put plastic sacks or cloth sacks. To beat us with their rifles or to kick us with boots.”

Last week, Israeli authorities refused to hand over the body of Fares Baroud, who passed away inside Israeli prisons after suffering from a number of diseases. His family fear that he could have been used for such tests and Israel is afraid this could be revealed through forensic investigations.

In July 1997, Israeli newspaper Yedioth Ahronoth reported remarks for Dalia Itzik, chairman of a parliamentary committee, acknowledged that the Israeli Ministry of Health had given pharmaceutical firms permits to test their new drugs on inmates, noting that 5,000 tests had already been carried out.

Robrecht Vanderbeeken, the cultural secretary of Belgium’s ACOD trade union, warned in August 2018 the population of the Gaza Strip is being “starved to death, poisoned, and children are kidnapped and murdered for their organs.”

This follows previous warnings from Palestinian Ambassador to the United Nations Riyad Mansour who said the bodies of Palestinians killed by Israeli security forces “were returned with missing corneas and other organs, further confirming past reports about organ harvesting by the occupying power.”

«Bilal was returned in a black bag; he had no teeth. The body was stitched from the neck all the way down to the abdomen».

This is a Arab Muslim accusation against the Israeli army published in the largest Swedish newspaper Aftonbladet on Sunday. Despite Israel’s harsh protests the newspaper published a second article accusing the IDF of harvesting Palestinian organs.

In the article, Oisín Cantwell and Urban Andersson report from the northern West Bank village of Imatin, where 19-year-old Bilal Ahmad Ghanem was killed during a clash with Israeli soldiers in 1992.

Ghanem’s family claims that his body was returned several days later, wrapped in hospital bandages. Aftonbladet published what is said was a photo of the body, which had a scar running from the neck down to the abdomen.

«It was the middle of the night. The soldiers caused an electrical power outage in the entire village. Bilal was returned in a black bag; he had no teeth. The body was stitched from the neck all the way down to the abdomen,” the Swedish newspaper quoted the mother as saying. According to the family, the IDF demanded NIS 5,000 (about $1,300) to return the body».

The Swedish newspaper did not have to travel so far. They could only gone into a book shop in Stockholm, purchased a book about the Holocaust, and read about the accusations raised against the Jewish people by the Nazi-propaganda minister Joseph Goebbels.

Let it also be said that the doctor of death in Auschwitz. Josef Mengele dug out gold teeth from the Jews, in the hours before they were murdered in the gas chambers.

The allied forces that liberated Poland found a vault with 384 pounds of gold teeth.

Before the gassed Jews were cremated, the Nazis also removed their hair. Then all kinds of remains from the Jews were used for various items such as soap, lamp shades, ect.

The Swedish newspaper is promoting the same satanic lies against the Jewish people as the Nazis. The Nazis claimed theywere peace loving German officers, and that the Jews were the real Nazis.

Nothing is new under the sun. The only difference between Nazi-Germany in 1933 and Sweden in 2009, is that the Nazi propaganda ministry have moved from Berlin to a newsroom in Stockholm, protected by the Government.