The Israelis love to muddy the water in order to take the focus away from the fact that they’re not Hebrews (all Hebrews are irrevocably dead) and have no right to the land of Palestine, a country they’ve stolen and destroyed.

They also impose on the world their psychotic Islamophobia and unabashed Hebraic pretense, as well as creating all sorts of malicious lies and satanic-inspired false flag terrorism, in order to choke the truth and lure the weak-minded into looking over there (Palestinians???) and not over here (Jewish impostors and terrorists!!!).

Below: Excerpted from U.S. posture in the Middle-East: preparing for disaster January 29, 2020

The Israelis have been feeding us all a steady diet about this or that country or politician being a “new Hitler’ who will either gas 6M Jews “again”, or wants to wipe Israel “off the map” or even engage in a new Holocaust.

Gilad Atzmon brilliantly calls this mental disorder “pre-traumatic stress disorder”, and he is spot on.

The Israelis mostly used this “preemptive geschrei*” as a way to squeeze out as many concessions (and money) from the western goyim as possible.

But in a deep sense, it is possibly that the Israelis are at least dimly aware that their entire project is simply not viable, that you cannot ensure the survival of any state by terrorizing all of your neighbors. 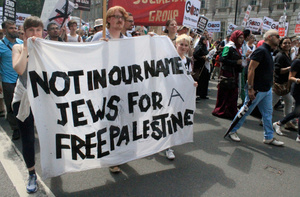 Violence, especially vicious, rabid, violence can, indeed, terrorize people, but only for so long.

Sooner or later, the human soul will outgrow any fear, no matter how visceral, and will replace that fear by a new and immensely powerful sense of determination.

Here is what Robert Fisk said in distant 2006, 14 years ago:
You heard Sharon, before he suffered his massive stroke, he used this phrase in the Knesset, you know, “The Palestinians must feel pain.”

This was during one of the intifadas. The idea that if you continue to beat and beat and beat the Arabs, they will submit, that eventually they’ll go on their knees and give you what you want.

And this is totally, utterly self-delusional, because it doesn’t apply anymore.

It used to apply 30 years ago, when I first arrived in the Middle East. If the Israelis crossed the Lebanese border, the Palestinians jumped in their cars and drove to Beirut and went to the cinema.

Now when the Israelis cross the Lebanese border, the Hezbollah jump in their cars in Beirut and race to the south to join battle with them.

But the key thing now is that Arabs are not afraid any more. Their leaders are afraid, the Mubaraks of this world, the president of Egypt, King Abdullah II of Jordan.

They’re afraid. They shake and tremble in their golden mosques, because they were supported by us. But the people are no longer afraid. 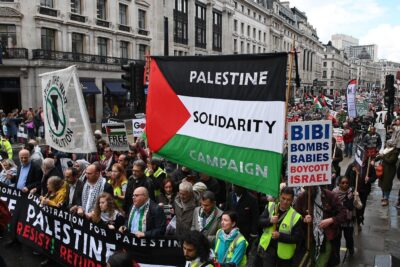 20 years ago this was unheard of. Even Palestine was mostly unheard of!

As for the Iranians, they have never had any fear of Uncle Shmuel, they are the ones who “injected” the newly created Hezbollah with this qualitatively new kind of “special courage” (which is the Shia ethos, really!) when this movement was founded.

Empires can survive many things, but once they are not feared anymore, then their end is near.

The Iranian strike proved a fundamental new reality to the rest of the world: the USA is much more afraid of Iran than Iran is afraid of the USA. U.S. rulers and politicians will, of course, claim otherwise.

But that futile effort to re-shape reality is now doomed to failure, if only because even the Houthis can now openly and successfully defy the combined might of the “Axis of Kindness”.

You can think of U.S. and Israeli leaders as the orchestra on the Titanic: they play well, but they will still get wet and then die.

(*geschrei: the Yiddish word for yelling, crying out, to shriek)