The Gaza Strip affords Israel – and iHLS – a competitive advantage over other countries because of the real-time opportunities to test new products year-round. Israel has earned the moniker of “start-up nation” among business elites around the world.

In fiscal year 2019, the US provided $3.8 billion in foreign military aid to Israel. Israel also benefits from about $8 billion of loan guarantees. Almost all US aid to Israel is now in the form of military assistance, while in the past it also received significant economic assistance. Why?

“Despite the intense International challenges and competition, we have managed to keep Israel among the world’s top 10 security exporters with a market share of over $7 billion,” said Yair Kulas, head of the ministry’s exports and defence cooperation division.

According to a ministry report cited by the Jerusalem Post, exports to Asia Pacific made up 41 per cent of sales, Europe 26 per cent, North America 25 per cent, and four per cent each for Africa and Latin America.

Exports included different types of weapons and defence systems such as radars and electronic warfare systems, missiles and air defence systems, drones and UAVs, weapon stations and launchers and ammunition and armaments. 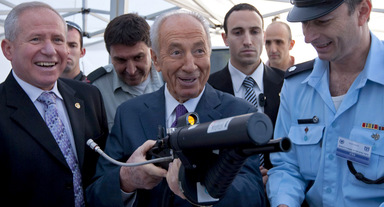 War, or rather maintaining an ongoing conflict, is for israel a lucrative business. The label “combat proven” translates directly into “healthy global sales” of firearms, drones and rockets.

In recent years, Israel faced accusations of selling weapons to regimes that are accused of committing human rights abuses including Myanmar.

During the last two Israeli wars on Gaza, “Operation Cast Lead” in 2009 and “Operation Protective Edge” in 2014, Israel used its full military force and weapons of questionable legitimacy.

In the words of David Halpin, a retired British surgeon and trauma specialist, Gaza was “used as a laboratory for testing what I call weapons from hell”. These included shells containing white phosphorus and dense inert metal explosives (Dime).

Many reports confirm Israel has used shells containing white phosphorus, known as WP. It is regulated under Protocol III of the Convention of Certain Weapons (CCW), part of the Geneva Convention, for use as a smokescreen, but not as a direct weapon against civilians or military targets close to civilians.

Most cases reported of individuals affected by WP in Gaza were civilians.

The Israeli military has also been accused of using Dime weapons in Gaza since 2006. 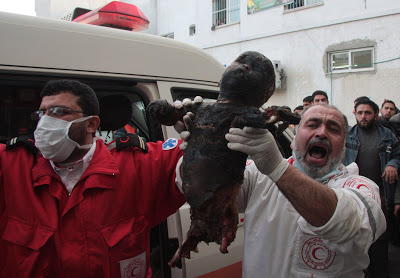 israel’s WMD  war on S. Lebanon. israel has it that it’s everyone else poses the danger and they strike first. So no one does it except them! The accusations about others is always false.

WP sticks to the skin and causes severe burns. It eats bones and muscles and damages vital organs.

Recent research in the International Journal of Environmental Research and Public Health, shows that teratogens found in WP were present in the hair of “newborns with congenital birth defects or developmentally premature birth in a cohort of couples with documented parental exposure to military attacks”.

The Israeli forces say they have not used WP on civilians, or for any purpose other than illumination or screening.

New Jews [ foreign Zionists] are protesting against a British white paper that declares that Jews and Arabs are to live together in peace.

The Israeli military has also been accused of using Dime weapons in Gaza since 2006. This style of explosive was developed by the US army to have a maximum blast effect with a minimal blast radius.

Dime weapons operate at extremely high temperatures and can burn through body tissue. They also use tungsten, which is carcinogenic. Therefore, if civilians are not killed instantly by the explosion or later from their wounds, they can still die years later from exposure to tungsten.

According to Electronic intifada, Mads Gilbert, a Norwegian doctor, reported that during Operation Cast Lead: “There were a large number of patients with horrendous injuries. Limbs had been cut off as if a huge axe had chopped through them with immense force, cutting through skin, muscles and bones. Bones would be shattered and severed.”

Dime munitions, however, are new, and not covered by the CCW. The first step would be bring them under this convention.

For WP which is covered by the CCW the only option is to prohibit it, to stop it causing further suffering.

The international community is obliged to make sure rules are respected, and to stop countries like Israel treating others as laboratories for weapons experiments. 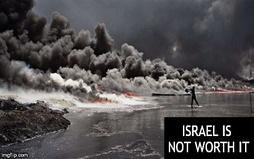 The 34-day war israeli war on S Lebanon affected surrounding environment in a number of ways. The environmental implications of the conflict ranged from air and water pollution to forest fires and waste problems and have extended beyond the territory of the two countries, often affecting several countries in the region. 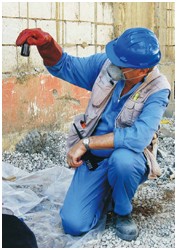 1. Sea Pollution: The most well-known and one of the most serious cases of the environmental damage caused by the Israel-Lebanon conflict is the massive oil spill that resulted from the Israeli bombing of the fuel tanks at the Jiyyeh power plant in Lebanon.

It is estimated that between 10,000 and 35,000 metric tons of oil have spilled into the sea (“Oil Spill”). The spill affected an estimated 150 kilometers of Lebanese coastline, including beaches, ports and marinas.

While most of the oil released burned out or spilled into the sea, it is estimated that significant amounts also seeped in the rock underneath that has potential to contaminate groundwater wells in the area (UNEP 45).

2. Air Pollution: The strike on the fuel tanks resulted in massive fires that burned for up to 27 days. The smoke from the fires released a number of pollutant into the atmosphere, including soot, particulate matter, carbon monoxide, and methane. A combination of these pollutants is likely to cause respiratory problems for local residents (UNEP 45).

3. Land Pollution: In addition to the oil spill at the Jiyyeh plant, several other sites such as Beirut airport, several industrial factories, and petrol stations showed various levels of hydrocarbon contamination (UNEP 160).

4. Groundwater Contamination: Groundwater was also contaminated in several sites due to chemical spills, as in the case of Ghabris detergent factory in Tyre where bombing caused large quantities of chemicals being spilled into soil and water.

5. Cluster bombs: IDF used cluster bombs throughout the conflict. Cluster bombs contain several hundreds of smaller sub-munitions or bomblets in them and are usually dropped from the air.

The bomblets often fail to detonate on impact and remain on the ground until further contact with humans or environment. One cluster bomb releases enough bomblets to contaminate an area of up to eight acres (UNEP 150). 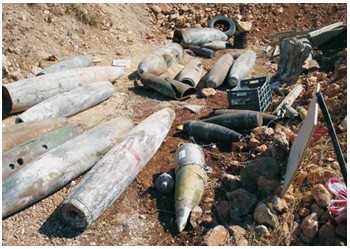 LAGenie Retweeted · Henry Makow @HenryMakow
15 hours ago
“The only question now remaining, I suppose, is simply this: how long can we – the American people – allow a government to stand that is so depraved, so fundamentally corrupt and criminal, so completely lacking in any semblance of morals or basic human decency that it would
View on Twitter
28
0
LAGenie Retweeted · ⏳☦#WarIsARacket☦⏳ @For2000years
22 hours ago
From 2014: Israel is stealing our state and trade secrets and the US response is to:

3-continue to give them billions and billions of our dollars.
https://t.co/jLv5zknzZq
View on Twitter
19
0
LAGenie @lagenie24
1 day ago
Rice, is being mentioned as a possible Biden choice for Vice President, she was one of the architects of the destruction of Libya and the escalation of U.S. military and intelligence operations directed against a non-threatening Syria.🤮 https://t.co/6fG7Fp92zS
View on Twitter

0
0
LAGenie @lagenie24
1 day ago
Anonymous knocks out Mossad website over israel’s Gaza offensive
The ‘hacktivists’ have already targeted a number of organizations in their mission to stop the genocide.
https://t.co/kDn0qC47DK https://t.co/zRVR1l906J
View on Twitter