Decades of Israeli efforts to demolish, destroy, rename, rewrite and erase everything Palestinian have been in vain. Early Zionists were wrong. Destroying Palestinian villages, changing street names and demolishing mosques and churches cannot succeed in erasing a nation’s sense of identity. 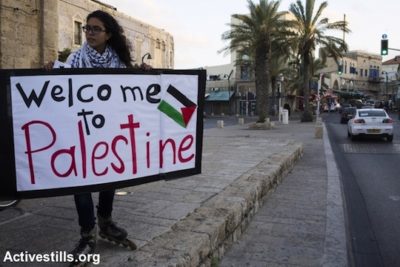 Jerusalem is the capital. Palestine دولة فلسطين , currently under occupation, is located on the East coast of the Mediterranean Sea, West of Jordan and to the south of Lebanon. The territory of Palestine covers around 10,435 square miles.

“Everything Palestinian in Jerusalem is targeted by Israeli occupation,” said Palestinian Archbishop of Jerusalem’s Greek Orthodox Church, Atallah Hanna on January 29 during a meeting with a delegation from the medical aid organisation Doctors without Borders.

“The Islamic and Christian holy sites and endowments are targeted in order to change our city, hide its identity and marginalise our Arabic and Palestinian existence,” the archbishop added.

Hanna, who has been at the forefront of the Palestinian Muslim and Christian struggle against Israel’s Judaisation schemes, is, of course, correct in his assertion that Jerusalem is targeted.

So where did the homeless immigrant European Jews take refuge?

But the truth is that there is a systematic campaign to strip not just the holy city off of its Palestinian character, but also the whole of Palestine. 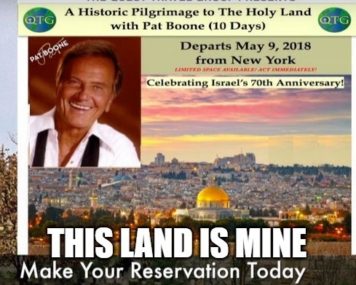 The nerve is unprecedented!

A few days after the Palestinian Christian leader made his comments, Israeli authorities carried out excavations in the historic al-Bahr Mosque in the city of Tiberias, on the western shores of the Sea of Galilee.

In its place, Israel aims to establish a museum, a practice it has used many times in the past in order to erase historic symbols of Palestinian existence.

Israel’s disregard for the historical rights of Palestinians is deeply rooted in Zionist ideology. Indeed, from the very start, Zionist ideologues promoted the idea that Palestine was a place bereft of culture or heritage – an arid desert, waiting for Zionist pioneers to make it “bloom”.

For those claims to acquire a degree of plausibility and for the myth of Palestine as “a land without a people for a people without a land” to be solidified, the Zionist movement needed to erase the very existence of the Palestinian people.

After the establishment of the Israeli state, its leaders never made it a secret that this is indeed their intention. “It is not as though there was a Palestinian people in Palestine considering itself as Palestinian people and we came and threw them out and took their country away from them.

They did not exist,” Israeli Prime Minister Golda Meir (1969-74) said in an interview with the Sunday Times in June 1969.

The notion that Palestinians are not a people with a collective sense of nationhood has remained a defining concept of Zionism until this day and has spread well beyond Israel’s borders.

American Christian evangelicals are particularly avid supporters of the idea, which has led some American politicians to also publicly embrace it.

In 2011, for example, then US presidential candidate Newt Gingrich told the Jewish Channel that the Palestinians were an “invented people“.

The practical application of this idea has meant that the construction of anything Jewish Israeli – whether it is cities, settlements, bypass-roads or numerous edifices of art, culture, religion and so on – has had to take place in parallel to the demolition and erasure of Palestinian cities, villages, streets, homes, cultural and religious sites. 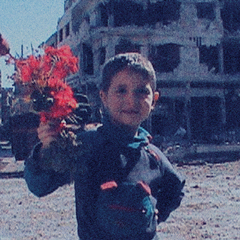 “Welcome to Palestine, we are still here to offer you our hospitality.”

On July 19, 2018, the Israeli Knesset passed the “nation-state bill“, practically making apartheid official by defining Israel as the national homeland of the Jewish people and marginalizing Palestinians, their history and language. However, that bill was the mere culmination of decades-long efforts.

During the British mandate, the colonial authorities, for example, were using predominantly Arabic names of localities, towns and villages; there were some about 3,700 of them.

By contrast, there were just 200 Hebrew toponyms, most of them being names of Jewish settlements, including new ones that were being built under the patronage of the Zionist movement.

This was quite indicative of the demographic distribution and land ownership in Palestine at the time (at the beginning of the British mandate in the 1920s, the Jews, including newly arrived settlers, were just 11 percent of the total population).

However, as soon as the Israeli state was created against the will of the Palestinians and the rest of the Arab population of the Middle East, a vicious campaign to “remap” Palestine was launched.

A 1948 letter sent to first Israeli Interior Minister Yitzhak Gruenbaum read: “The conventional names should be replaced by new ones … since, in an anticipation of renewing our days as of old and living the life of a healthy people that is rooted in the soil of our country, we must begin in the fundamental Hebraicization of our country’s map.”

Soon after, a government commission was created and tasked with renaming everything Palestinian so the new state can lay its claim on towns, villages and various other geographical areas.

Another letter written in August 1957 by an Israeli foreign ministry official urged the Israeli Department of Antiquities to speed up the destruction of Palestinian homes conquered during the Nakba.

“The ruins from the Arab villages and Arab neighborhoods, or the blocs of buildings that have stood empty since 1948, arouse harsh associations that cause considerable political damage,” he wrote. “They should be cleared away.”

For Israel, erasing Palestine and writing the Palestinian people out of the history of their own homeland have always been a strategic endeavor.

“Considered as a major accomplishment of modern Jewish nationalism, the ‘Hebraicization of Israel’ usually refers to the revival of the Hebrew language undertaken by and associated with Zionism as a restorative project of nation-building,” Israeli academics Maoz Azaryahu and Arnon Golan wrote (PDF) in their paper “(Re)naming the Landscape: the Formation of the Hebrew Map of Israel”.

This is as true in the case of Palestine, as it was in the case of all colonized nations. And like other settler-colonialist powers, Israel is well aware of the important rapport between places, names and collective identities of the indigenous, colonized people.

As Canadian historian Kaleigh Bradley pointed out in a recent essay: “For indigenous peoples, place names act as mnemonic devices, embodying histories, spiritual and environmental knowledge, and traditional teachings. Place names also serve as boundary markers between home and the world of outsiders.”

More recently, the Israeli army has used its violent military assaults on Palestinians not only to take Palestinian lives but also to destroy cultural monuments and places of worship of historical significance.

According to official Palestinian reports, Israel destroyed 73 mosques in the 51-day war on the besieged Gaza Strip in 2014.

Some of these mosques, like al-Omari Mosque in Jabaliya, are ancient structures that date back more than a thousand years. Al-Omari Mosque was built nearly 1365 years ago and has served as a symbol of hope for Palestinians in Gaza, a reminder of past grandeur. 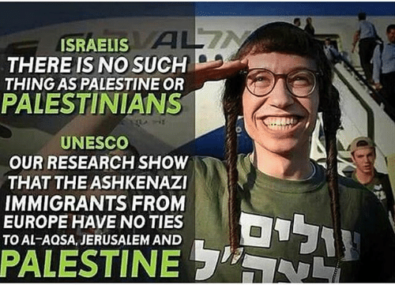 The Israeli authorities have also increased pressure on Islam’s third-holiest site: al-Aqsa Mosque. It has facilitated the forceful incursions of the Temple Mount Faithful, an extremist Jewish group, into the Haram al-Sharif compound, where the mosque is located.

The group has declared that it is keen on destroying al-Aqsa Mosque in order to build a “Third Temple on Temple Mount” – something the Israeli government clearly also wishes for.

There have been various attacks on Palestinian cultural heritage in Nablus, al-Khalil (Hebron), Ariyha (Jericho), Yaffa (Jaffa), Haifa and many other Palestinian towns and villages.

Yet, despite all of this destruction, on intellectual and political levels, Israel still remains insecure about its past and uncertain of its future.

In an interview with the Israeli newspaper, Haaretz, prominent Israeli historian Benny Morris predicted a grim future for his country.

“This place will deteriorate into a Middle Eastern state with an Arab majority,” he said referring to Israel and Palestine.

“The violence between various populations inside the state will continue to increase … The Arabs will demand the return of the refugees.

It doesn’t matter whether Morris’ offensive prediction was meant to manipulate existing fears among his countrymen, to hype the sense of victimization that continues to define the collective Israeli Jewish mindset, or to communicate his honest feelings.

Either way, his statement explains why Israel acts against the Palestinian identity with such a great sense of urgency, intensifying attacks on Palestinian culture, speeding up annexation of Palestinian land, expanding Jewish settlements and Jewish-only roads, renaming streets, marginalizing the Arabic language or, to use Archbishop Hanna’s, targeting “everything Palestinian”.

But the foretold demise of Israel as a “Jewish state” will come not as a result of the Arab majority “slaughtering” the “persecuted minority”, but as a result of Israel’s own reckless actions.

Before the Zionists, there were many other invaders. Many fled, but many others chose to stay and were naturally integrated into the fabric of the diverse Palestinian society.

Israel refuses to accept the fact that the Palestinians’ relationship with their land cannot be dictated or terminated by violence, Knesset bills or army decrees. To the contrary, the more aggression is unleashed onto the Palestinians, the stronger the Palestinian sense of nationhood grows.

The late Palestinian poet Mahmoud Darwish in his seminal poem, “ID Card” was able to capture brilliantly this Palestinian spirit of resistance:

I am a name with no honorific.

Patient in a land

Where everything lives in bursting rage

My roots were planted before time was born

Before the cypress and the olive trees

Palestinian “sumud” (steadfastness) has turned out to be far superior and more powerful than any and all of Israel’s military and political stratagems.

And it is this steadfastness that will guarantee that Morris’ prediction comes true. The great Palestinian sea will swallow the occupier.

One thought on “Israel’s Judaisation of Palestine is failing”

LAGenie Retweeted · True Torah Jews @TorahJews
11 hours ago
It's no news that Jews & Muslims lived in peace for 100s of years. Not only were we not enemies, but rather came together as friends.

229
0
LAGenie Retweeted · Abrar Khan @khanabrar643
11 hours ago
"We will not allow the Palestinian lands to be offered to anyone else," Turkish President Recep Tayyip Erdogan said in a video message on Twitter addressed to US Muslims.

https://t.co/ImbLxAIIDg
View on Twitter
51
0
LAGenie Retweeted · Syrian Girl 🇸🇾 @Partisangirl
11 hours ago
Imagine you're a Syrian farmer, you've spent all year painstakingly cultivating your wheat crops. Then spring comes and it's finally harvest time! Then US helicopter drop just one bomb and sets them all on fire. All the hard work to ash. How will you feed your children this year? https://t.co/V4UCoUdFlQ
View on Twitter

4903
0
LAGenie Retweeted · Wayne Madsen @WMRDC
3 days ago
Memo to evangelicals: "Laying of hands doesn't mean the same to Trump as it does to you."
View on Twitter
3
0
LAGenie Retweeted · Angie Skys 8 @AngieSkys
3 days ago
There is an interesting situation in the US. Amid all the China bashing the Department of Justice in the US has become an ally for the Saudi Arabia government against the people in the United States suing for 9/11. The US government is helping Saudi fight Americans in court😎
View on Twitter
41
0
Follow @lagenie24