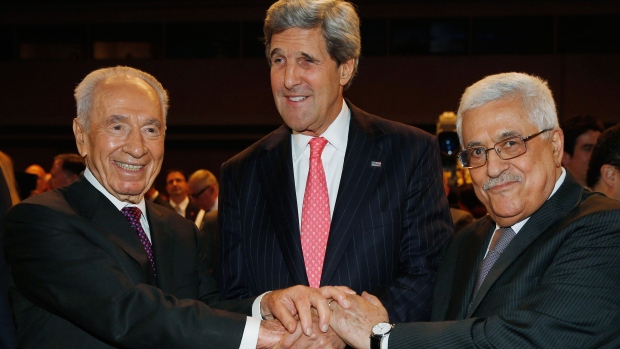 “To prevent an alliance between the West and the Arab world, especially with the most important Arab country- Egypt-was (and was to remain) Israel’s main goal. This had nothing to do with Israel’s security.

On the contrary, Ben Gurion’s policy was directed at preventing guarantees from being imposed on the Zionist state by the U.S. . Such guarantees would necessarily imply the achievement of a minimum agreement between Israel and the Arab world (definition of the borders, a “face-saving” solution for the Palestinian refugees).

The basic motivation was also clearly stated: the use of force was “the only way” for Israel to become a hegemonic power in the region, possibly in alliance with the West.

Nasser had to be eliminated not because his regime constituted a danger for Israel, but because an alliance between the West and his prestigious leadership in the third world, and in the Middle East, would inevitably lead to a peace agreement which in turn would cause the Zionist state to be relativized as just one of the region’s national societies.” 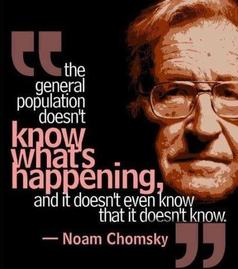 The recently published Personal Diary of Moshe Sharett (Yoman Ishi. Tel Aviv: Ma’ariv, 1979, in Hebrew) now offers a decisive and authoritative contribution to the demystification of the myth of lsrael’s security and its security policies.

Between 1933 and 1948 Sharett guided the foreign relations of the Zionist movement, as head of the Jewish Agency’s Political Department, and from 1948 to 1956 he was lsrael’s foreign minister. In 1954 and 1955 he was its prime minister as well. The following pages present extracts from Sharett’s diary demonstrating the following points:

1 .The Israeli political /military establishment never seriously believed in an Arab threat to the existence of Israel. On the contrary, it sought and applied every means to exacerbate the dilemma of the Arab regimes after the 1948 war.

The Arab governments were extremely reluctant to engage in any military confrontation with Israel, yet in order to survive they needed to project to their populations and to the exiled Palestinians in their countries some kind of reaction to lsrael’s aggressive policies and continuous acts of harassment.

In other words, the Arab threat was an Israeli-invented myth which for internal and inter-Arab reasons the Arab regimes could not completely deny, though they constantly feared Israeli preparations for a new war.

Since the “crowning achievement” for Zionism was the “transfer” of Palestinians out of their homes, Israelis and Zionists aimed to block refugees’ return since they had been “miraculously” cleared from “Eretz Yisrael”. Moshe Sharett justified this policy because if “the return tide starts, it will be impossible to stem it”.

2. The Israeli political/military establishment aimed at pushing the Arab states into military confrontations which the Israeli leaders were invariably certain of winning. The goal of these confrontations was to modify the balance of power in the region radically, transforming the Zionist state into the major power in the Middle East.

3. In order to achieve this strategic purpose the following tactics were used:

a) Large- and small-scale military operations aimed at civilian populations across the armistice lines, especially in the Palestinian territories of the West Bank and Gaza, then respectively under the control of Jordan and Egypt.

These operations had a double purpose: to terrorize the populations, and to create a permanent destabilization stemming from tensions between the Arab governments and the populations, who felt they were not adequately protected against Israeli aggression.

b) Military operations against Arab military installations in border areas to undermine the morale of the armies and intensify the regimes’ destabilization from inside their military structures.

c) Covert terrorist operations in depth inside the Arab world, used for both espionage and to create fear, tension and instability. 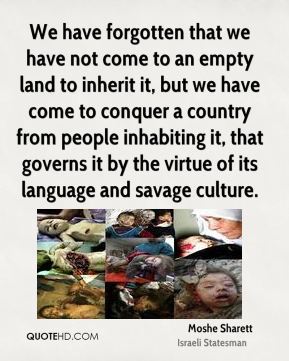 4. lsrael’s achievement of its strategic purpose was to be realized through the following means:

a) New territorial conquests through war. Although the 1949-50 armistice agreements assigned to Israel a territory one-third larger than had the UN partition plan, the Israeli leadership was still not satisfied with the size of the state, the borders of which it had committed itself to respect on the international level.

It sought to recover at least the borders of mandate Palestine. The territorial dimension was considered to be a vital factor in Israel’s transformation into a regional power.

c) Subversive operations designed to dismember the Arab world, defeat the Arab national movement, and create puppet regimes which would gravitate to the regional Israeli power.*

Around 400 Arab towns and villages were depopulated during the 1948 Palestinianexodus.Some places were entirely destroyed and left uninhabitable; others were left with a few hundred residents and were repopulated by Jewish immigrants, then renamed.

The following testimony of a soldier who participated in the occupation of the Palestinian village of Duelma in 1948 is only the most recently disclosed of a long chain of evidence:

Killed between 80 to 100 Arabs, women and children. To kill the children they fractured their heads with sticks. There was not one house without corpses. The men and women of the villages were pushed into houses without food or water.

Then the saboteurs came to dynamite the houses. One commander ordered a soldier to bring two women into a house he was about to blow up. . . . Another soldier prided himself upon having raped an Arab woman before shooting her to death.

Another Arab woman with her newborn baby was made to clean the place for a couple of days, and then they shot her and the baby. Educated and well-mannered commanders who were considered “good guys”. . . became base murderers, and this not in the storm of battle, but as a method of expulsion and extermination. The fewer the Arabs who remain, the better. (quoted in Davar, 9 June 1979) 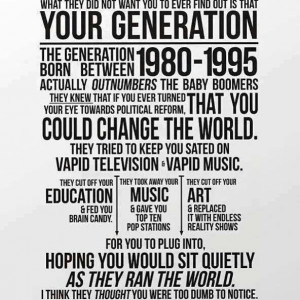 51
0
LAGenie Retweeted · tim anderson @timand2037
3 days ago
Compare US police state racist and inhuman tactics with those of the colonists in occupied #Palestine https://t.co/KCwXm2erNa
View on Twitter
415
0
LAGenie Retweeted · True Torah Jews @TorahJews
6 days ago
It's no news that Jews & Muslims lived in peace for 100s of years. Not only were we not enemies, but rather came together as friends.