Palestinian land has been planted with 220 million Gharqad Tree trunks. Uniquely and seriously, the Zionists also advertised on the site that anyone could buy the Gharqad Tree via online and then donate it to Israel to plant it in the Land of Palestine.

The Jewish National Fund (JNF) is a pillar of Israel’s state-enforced residential segregation. Before the bloody ethnic cleansing that founded the State of Israel, the JNF played a major role in driving Palestinians from land to found Jewish-only communities.

The JNF remains active in the Israeli State’s current operations to dispossess the Palestinian people. While planting trees to obliterate evidence of Israel’s crimes, the JNF seeks to present itself internationally as committed to environmental justice.

Tony Blair and Gordon Brown remain Honorary Patrons of the UK JNF, whose charitable status means that all donations are subsidized by UK taxpayers.

The Stop the JNF Sheffield Conference brings together experts in their fields to discuss the history and current criminality of the JNF, and how to continue the fight against the JNF in the UK.

The conference will be followed by a strategy day in Sheffield on April 19th 2020, for those wanting to get active in the campaign. Accommodation can be provided in Sheffield. Please register: https://forms.gle/4bYjKAT8Dy1SpBuU9 .

Jonathan Cook, journalist and writer based in Nazareth 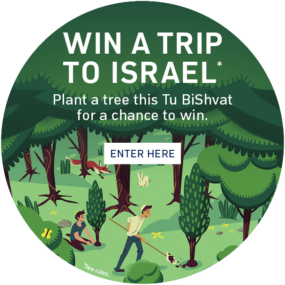 Jerusalem Forest, August 8 – In what organization executives are calling a strategic move aimed at enhancing both the ecology and defense of the country, the Jewish National Fund will phase out the planting of trees that are not of the gharqad variety, and focus exclusively on the gharqad.

Chairman of the JNF Directorate Danny Atar announced today that the board had voted by a clear majority to move away from its reliance on pine trees and toward a local variety of boxwood called gharqad in Arabic, which reportedly has properties that will help Jews conceal themselves from Muslims in the final apocalyptic battle. The plan calls for a phasing out of non-gharqad varieties by 2020.

As Fires Die Down, Foresting Expert Warns: Israel Has Too Many Trees 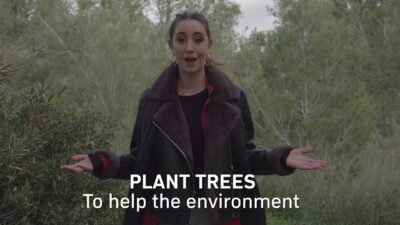 “The mission of the Jewish National Fund has always been the reclamation of the land of Israel for the Jewish people,” declared Atar at a press conference.

“Of course the land is only important insofar as it participates in the maintenance of Jewish survival and sovereignty.

Therefore the Directorate has voted overwhelmingly to invest in the gharqad, which will not betray us to the Muslims.”

Most of the saplings the JNF plants at a site near Jerusalem simply do not survive, and require frequent replanting. Elsewhere, needles from the pine trees have killed native plant species and wreaked havoc on the ecosystem.” – Journalist Max Blumenthal

The JNF, established in 1901, has planted more than 250 million trees in the land of Israel, and manages the country’s forests on behalf of the Ministry of Agriculture.

It also owns or administers much of the country’s land, and exercises control over the sale, lease, allocation, and purpose of those lands. Most of the JNF’s funds come from affiliated organizations abroad, with the largest contributor JNF-USA.

Atar said he had discussed the issue last month with JNF-USA Chairman Ronald Lauder and other heads of international affiliates, and all agreed on the plan.

“We would be derelict in our duties not to plant the gharqad,” explained Atar. “Cypress and cedar pines are important, but it’s time to move on to more strategically helpful species.

My colleagues and I concurred that the gharqad is the wisest species to plant, and we intend to have hundreds of thousands of gharqads growing throughout the country by the start of the next decade, with over five million in place by 2030.”

“if Israel has not actually improved the land by making “the desert bloom” but instead degraded the land, the legitimacy of the state of Israel itself becomes questionable, as it suggests that its native inhabitants – the Palestinians – were better caretakers of the land than the current occupiers. For this reason, Israel must continue to propagate the myth regardless of the facts, and continue to deny Palestine’s rich cultural history and agricultural legacy.”

One thought on “JNF Shifts To Planting Only Gharqad Trees”

LAGenie Retweeted · If Americans Knew @ifamericansknew
13 hours ago
. @USATODAY @FoxNews @Reuters
U.S. sends over $3 billion to Israeli military during the #COVID19 pandemic. Meanwhile, some Americans are still waiting for $600 stimulus checks. Produced by Chris Smiley for more news and headlines: https://t.co/sHyNAVu3j7 https://t.co/oMswmVotiS
View on Twitter
302
0
LAGenie Retweeted · Jonathan Lis @jonlis1
13 hours ago
In any other situation a government whose overt, consistent negligence caused over 100,000 deaths would collapse under the weight of raw public fury. In this country we let them blame us, say they did their best and propose re-electing them.
View on Twitter
1126
0
LAGenie Retweeted · #FreePalestine #FreeAssange #BDS #Yemen #Kashmir @ChristineJameis
13 hours ago
Israeli occupation forces demolished a mosque in the Bedouin community of Azwadeen, east of Yatta city, south of Hebron in the occupied West Bank. https://t.co/RtgfZRlSvo
View on Twitter