Committee chair MK Yoav Kisch (Likud) said: “These terrorists who try to inflict harm, they should be terminated on the spot…What the United States did with Bin Laden is a great example of a country that fights back.”

The Knesset Internal Affairs Committee yesterday discussed the policy of refusing to return the bodies of Palestinians killed by Israeli forces to their families for burial.

Israeli authorities have repeatedly withheld bodies of alleged Palestinian assailants, part of a range of collective punishment measures that also include home demolition.

During the committee hearing, the parents of an Israeli soldier killed in occupied East Jerusalem in January 2017 said that “instead of debating whether or not to hold a body, there is one solution – to leave it in Israel permanently or to throw it into the sea”.

Committee chair MK Yoav Kisch (Likud) said: “These terrorists who try to inflict harm, they should be terminated on the spot”, adding: “We cannot deal with terrorists as though we are in Switzerland.”

He continued: “What the United States did with [Osama] Bin Laden is a great example of a country that fights back.” 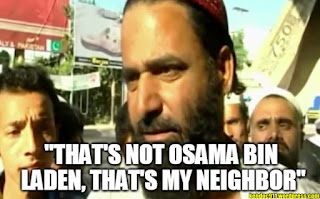 We should not return bodies. We should demolish homes.

MK Anat Berko (Likud), meanwhile, told the committee: “Terrorists who murder us deserve a donkey’s burial, at night, when no one can see.”

MK Mickey Levy (Yesh Atid), a former commander of the Jerusalem District Police, told the Knesset meeting: “I used to return bodies after a year, in the middle of the night, and I deployed 700 officers so that no one other than close relatives would leave the house.”

LAGenie Retweeted · Cynthia McKinney PhD @cynthiamckinney
15 hours ago
Message sent in love to my brothers and sisters in Africa: PLEASE DO NOT TAKE ANY COVID-19 VACCINE. WHY ARE THEY STARTING WITH YOU? DON'T BE GUINEA PIGS FOR ENGINEERED DISEASES FROM THE WEST. https://t.co/wLdpLTfpF4
View on Twitter
258
0
LAGenie Retweeted · Muhammad Smiry 🇵🇸 @MuhammadSmiry
15 hours ago
The occupied PALESTINE https://t.co/TTjilDORNh
View on Twitter

202
0
LAGenie Retweeted · marshall @Marshall_H15
20 hours ago
🛑How would you feel if that was your country?? https://t.co/nPei7QNQol
View on Twitter