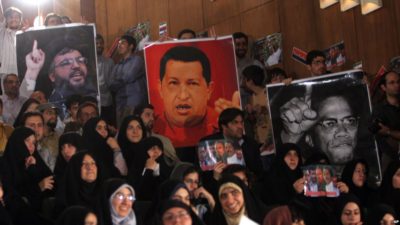 US foreign policy and US corp exploitation in Latin America  increases poverty, The poor and indigenous people have their land  stolen out from under them, and paramilitary death squads enforce their removal. Large land owners, resource corporations and monocrop  plantations for export move in, often they are US corporations.

Tom is becoming the Luke Harding of Venezuela. Luke…err, Tom blames all of Venezuela’s problems on president Nicolas Maduro. Tom has piled on, repeating the Washington Consensus vilifying Maduro……that is what “repeaters” do.

If Maduro is illegally and violently removed from office, what will come after? Probably chaos, since there is no united opposition. Chaos is what the US desires, because chaos gives the US an excuse for interventions. A dysfunctional opposition then gives the US the power to be the kingmaker. The US has a self-proclaimed “right” to intervene anywhere, anytime in Latin America, according to the 1823 Monroe Doctrine, and the 1904 “Big Stick” Roosevelt corollary. 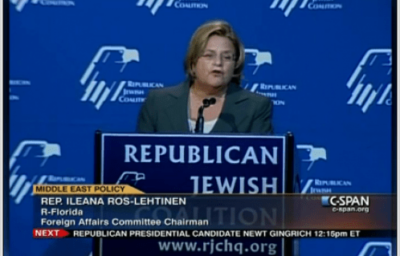 Ros Lehtinen, anti-Castro cuban exile hired by the Bush dynasty:” As a political refugee, I have a unique perspective on the greatness of the …. To fight against climate change. … democracy and the rule of law in Cuba, Nicaragua and Venezuela.”

If the US gets its way in Venezuela, then Venezuela will be ruled by oligarchs, dictators or the military—or a confabulation of the three natural allies. The Venezuelan people overwhelmingly rejected the 40-years of oligarchy, when they elected Hugo Chavez in 1998. Chavez ran for election on a socialist platform. The US has been trying to overthrow Chavez’s socialist movement from the first moment Chavez took office.

In 2002 Bush backed a failed coup. Trump and his cronies have been planning another coup. This just in from Tom Phillips January 11th: Juan Guaido of the opposition is calling for an international intervention and a military coup. An illegal violent regime change is very likely soon.

After Chavez died of cancer at the age of 58 in 2013, his vice president Nicolás Maduro constitutionally assumed his office. Maduro has been struggling to continue Chavez’s socialist programs for the poor. Maduro is no Chavez, but he is trying to carry on Chavez’s legacy. Maduro was reelected to his second term in 2018.

Maduro faces many economic problems, much of them stemming from the collapsing international oil price in 2015. There are good reasons to believe that the collapse in oil prices was a US-Saudi conspiracy, since the economic victims were Russia and Venezuela, two of the countries the US is trying to regime change. Oil is 95% of Venezuela’s revenue from exports, and 25% of its GDP.

The other major problem for Maduro is that on top of collapsing oil prices the US imposed crushing economic sanctions. Tom’s article unwittingly exposes the lie that the sanctions were targeted, and not intended as collective punishment of the people. Children are dying! Instead of using dead children as propaganda props, economic sanctions should be immediately suspended, and foreign aid sent to save the lives of these innocent victims. Tom did not mention that in the article. All he had for the dead children was crocodile tears.

The US is stomping on Venezuela’s neck, trying to kill socialism. And vengefully killing Venezuelan kids. (Just a few weeks ago, Pompeo mocked Iran, saying ….”if you want your people to eat”). The US is stomping its boot on the neck of socialism throughout Latin America, after years of a “pink tide” of elected progressive governments. It is working, as progressive governments in Latin America are becoming extinct. 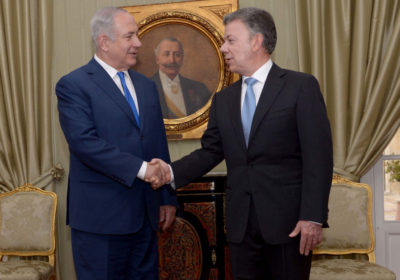 Regime changes: A day after Colombia’s foreign minister announced the country’s recognition of a Palestinian state, the government backtracked and vowed to review the move. The original decision was taken by former president Juan Manuel Santos right before he was replaced by Ivan Duque, who was sworn in on Tuesday. Regime changes: New Colombian government to review recognition of ‘Palestine,’ whereas leading Brazilian presidential candidate vows to shut Palestinian mission

Critics of Chavez and Maduro claim that socialism never works. It worked just fine under Chavez, as people were lifted out of poverty. Inequality declined dramatically. Critics blame Chavez and now Maduro for “overspending” on the poor.

As the US rebounds from one economic crisis to another, one bank bailout to the next, it is obvious to those that can see: Capitalism does not work. The US with its hyper-neoliberalism is 25th on the UN Human Development Index, adjusted for inequality. The US has its own healthcare crisis of 45,000 people dying every year because they cannot afford healthcare. Many of them children, Tom!

Sad how the critics never blame a country’s economic problems on over spending for US weapons, concentration of wealth in a few wealthy families, or austerity for the people because of crooked debt-imposed austerity by the IMF. The poor are expendable for oligarchs North and South. US healthcare and needed infrastructure suffer from overspending on the military and wars.

Socialism, even a democratic one is a dirty word to the US, because socialist governments use their country’s natural resources, and state-owned enterprises for the benefit of the people. US corporations want those resources, privatized state-owned enterprises, and to have poor people as a source of cheap labor. The driver of US foreign policy is what corporations want.

US foreign policy and US corporate exploitation in Latin America increases poverty there. The poor and indigenous people have their land stolen out from under them, and paramilitary death squads enforce their removal. Large land owners, resource corporations and monocrop plantations for export move in, often they are US corporations. 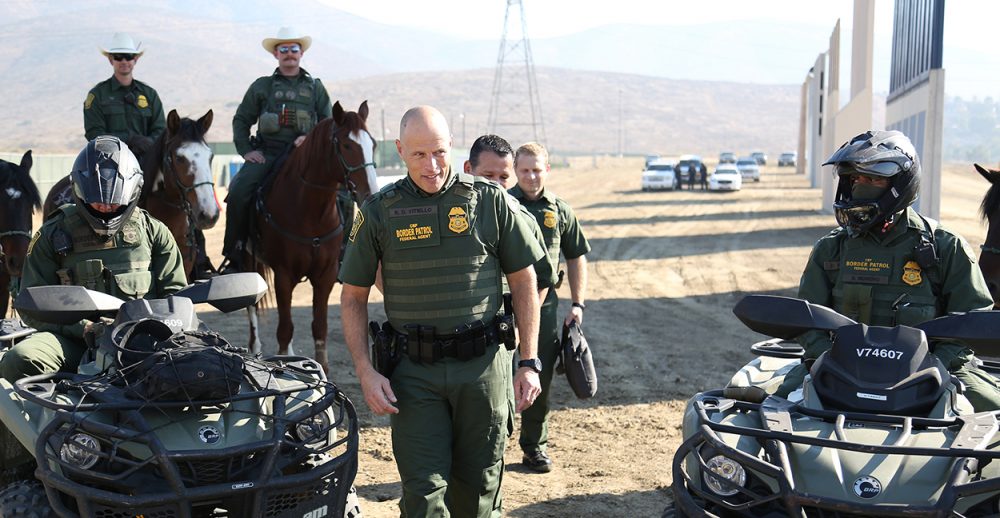 US welcoming committee for asylum seekers on the southern border. (Photo by the White House)

Unfair trade agreements allow the import of cheap US agricultural products. Cheap agricultural products, such as corn, is highly subsidized by US taxpayers, corporate welfare to agribusiness. Indigenous small farmers cannot compete with the dumped US imports. They are driven out of business and off their farms. With nowhere else to go, the poor and dispossessed migrate to the city where they are exploited as wage-slaves. Because the poor are vulnerable, they are easy targets for extortion from criminal gangs……while corrupt police look the other way.

Venezuela: A Threat to Washington?

Ironically, the poor fleeing for their lives, seeking protection and an opportunity to earn a subsistence wage head in the direction of their abuser……to the USA. That is why the US is experiencing a sharp increase in people from Guatemala, Honduras, and El Salvador seeking political asylum.

In the old days the US “opened” foreign “gated communities” with gunboats, and admitted that the purpose was commercial interests. At one time or another, over the past 200 years the US has invaded almost every Latin American and Caribbean country; some of them multiple times. US invasions haven’t been for democracy. They have been for commercial reasons, and the source of wealth for those that became elite families. Today foreign holdouts from the neoliberal Washington Consensus are “opened” by the CIA, Special Forces, mercenaries, terrorists, local collaborators, the National Endowment for Democracy, the International Republican Institute, and other government-private NGOs. NGOs do overtly what the CIA used to do covertly to sow discontent, opposition and violence.

The US uses psychological warfare and propaganda to “open” closed foreign countries. The US uses threats, bribes, political isolation, economic sanctions and the constant reminder that “all options are on the table”. The mainstream media, such as the Guardian (British, but very much part of this fetid media conspiracy) are complicit by keeping up a steady drumbeat of propaganda.

The US always presents its aggression as being out of concern for democracy, human rights, or because the US is being threatened by some small country, like Cuba, Bolivia, or Venezuela. Absurdity and blatant cowardice do not exist in the minds of US policymakers or their media stenographers: The US multiforce attack on puny Grenada (with a population smaller than a single neighborhood in Brooklyn, and with no actual armed forces of any kind) was hailed as a victory for US arms, and made into a “hero” movie by Clint Eastwood.—Ed) And quite typically, Pompeo just gave a delusional lying speech in Cairo that the US is a force for good, and he praised the bloody military-coup dictator Sisi. Mentioning commercial interests, greedy banks and the military-industrial-complex is considered uncouth, even though it is the truth behind US foreign policy.

The mainstream media is a vital player and collaborator in preparing the domestic audience for US wars of aggression, interventions, and regime changes. Mockingbirds, such as Tom Phillips, members of a compliant media, can only be described charitably as “useful idiots” in advancing the US agenda, when not outright hidden collaborators. The mainstream media such as the Guardian creates a circus-like atmosphere of a crisis. They sell the public that “something has to be done”.

After a US invasion the mainstream media again provides the cover story. When all the lies come out as they did about the Iraq War, then the media sticks its head in the sand and denies any responsibility. But in all cases, when the media acts as a propagandist for war, then they have blood on their hands too. They are first-degree accomplices to grave international crimes for which people were hanged under Nuremberg tribunal statutes.

US imperialism, neocolonialism, resource exploitation, imposed austerity, unfair trade, and the US monopolizing of the international financial system have destroyed millions of people’s lives. Trump says he does not hate US victims. Like a lot of US Americans, he just does not care. The US has no empathy for its victims, but cries crocodile tears for the alleged victims of US enemies. It is the syndrome that Edward S. Herman and Noam Chomsky referred to as “Worthy and Unworthy Victims”.

As Paul Jay of The Real News Network put it, for Donald Trump, Chuck Schumer, and Tony Soprano, the US is like the mafia: “it’s not personal, it’s just business”.