“We will establish ourselves in Palestine whether you like it or not…You can hasten our arrival or you can equally retard it. It is however better for you to help us so as to avoid our constructive powers being turned into a destructive power which will overthrow the world.”- Chaim Weizmann Judische Rundschau, No. 4, 1920. 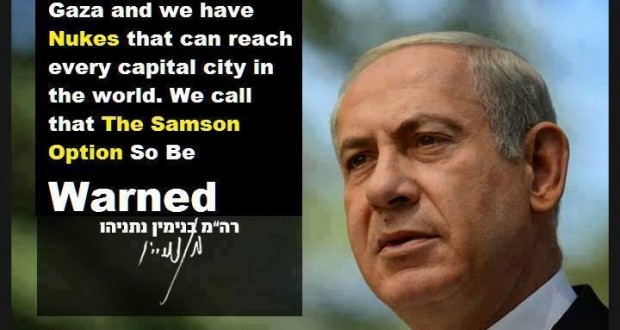 If Israel thinks she is about to go under to utter destruction, it will take the rest of the world with it.

“We always thought that if we solve the Palestinian problem, this will open doors to peace with the Arab world”

Prime Minister Benjamin Netanyahu reportedly told lawmakers in his governing Likud party on Monday that powerful countries can occupy territories and transfer populations without consequence, in an apparent reference to ostensible Arab indifference toward Israel’s control over the West Bank.

“Power is the most important [component] of foreign policy. ‘Occupation’ is baloney. There were huge countries that have occupied and transferred populations and no one talks about them,” Netanyahu was quoted by Army Radio as saying Monday, in the closed-door Likud faction meeting. The remarks were also carried by the Yedioth Ahronoth daily on Tuesday morning.

This morning, the Jerusalem Municipality demolished two homes and a snack shop in East Jerusalem. At 6AM, they demolished two structures, the homes of 11 persons, including 5 minors. At 10AM they came to Silwan with a bulldozer & police escort & destroyed a snack shop. pic.twitter.com/5McwJklprG

“Power changes everything and it changes our policies vis-a-vis Arab states, and there are other countries on the way,” he reportedly added, apparently referring to states that have covertly expressed interest in forging diplomatic ties with the Jewish state.

“Contrary to the notion that concessions will bring about agreements with the Arabs, concessions will only bring about slight and short-term changes and nothing more,” Netanyahu said, seemingly referring to ceding territory to the Palestinians. “What we need to do is advance [talks] on shared interests with Israel based on technological power.”

Netanyahu’s reported comments came after he visited Oman last month in the first official meeting between the leaders of the countries since 1996.

On October 26, Netanyahu’s office unexpectedly announced that he and his wife Sara had just returned from an “official diplomatic visit” to Muscat, during which they met with Sultan Qaboos bin Said.

A statement from the Prime Minister’s Office called the trip “a significant step in implementing the policy outlined by Prime Minister Netanyahu on deepening relations with the states of the region while leveraging Israel’s advantages in security, technology and economic matters.”

Netanyahu has for years boasted about warming ties with key Arab states that have no diplomatic relations with Israel. But those ties — still largely unpopular among the Arab public — were rarely visible. 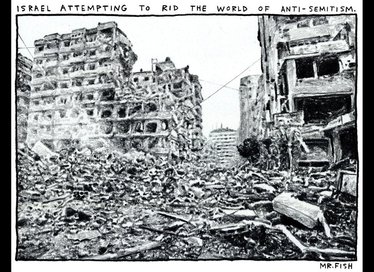 In another sign of warming ties with Gulf countries, Sports Minister Miri Regev was in the United Arab Emirates last week for an international judo competition, while Communications Minister Ayoub Kara attended a communications conference in Dubai last week.

Netanyahu has long argued that normalization with the Arab world could precede a peace deal with Palestinians, while analysts have argued Arab leaders would be hard-pressed to openly embrace Israel without a solution to the conflict.

“We always thought that if we solve the Palestinian problem, this will open doors to peace with the Arab world,” the prime minister said earlier in October. “But it also likely true in equal measure and maybe more, that if we develop ties with the Arab world and normalize relations with them, this will lead in the end to the possibility of reconciliation and peace with the Palestinians.”