“The task of introducing a vaccine for the coronavirus faces an uphill struggle in Africa, where a flood of online “misinformation” is feeding on mistrust of Western medical research.”

The World Health Organisation (WHO) has flagged earning public trust as an urgent health challenge and warned of an “infodemic” – a deluge of information, including misinformation on social media – that is hampering the COVID-19 response.

The body says concerns that Africa could be abused as a vaccine testing ground are unfounded. 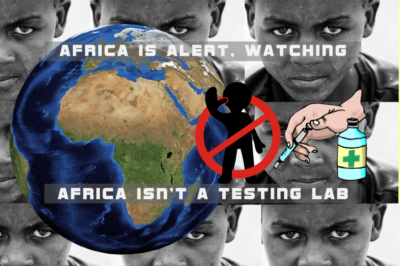 The Pfizer drug Trovan was used in a clinical trial in Kano, Nigeria. The trial compared the new antibiotic (Trovan) against the best treatment available at the time (intravenous ceftriaxone). Eleven children died in the trial: five after taking Trovan and six after taking an older antibiotic used for comparison in the clinical trial. Others suffered blindness, deafness and brain damage, the cause of which is difficult to determine because these disabilities are relatively common outcomes of the disease itself. A panel of medical experts later implicated Pfizer in the incident, concluding the drug had been administered as part of an illegal clinical trial without authorization from the Nigerian government or consent from the children’s parents. This led to a lawsuit from the Nigerian government over informed consent.[2][3] Pfizer countered that it met all the necessary regulations.[2] The drug was approved for general use in the US, and eventually withdrawn due to hepatotoxicity. 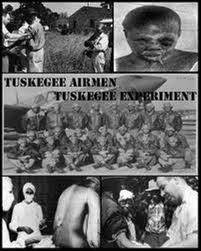 AZT trials conducted on HIV-positive African subjects by U.S. physicians and the University of Zimbabwe were not performed with proper informed consent.[4] The United States began testing AZT treatments in Africa in 1994, through projects funded by the Centers for Disease Control (CDC), the World Health Organization (WHO), and the National Institutes of Health (NIH). It included testing of over 17,000 women for a medication that prevents mother-to-child transmission of HIV/AIDS. The subjects did not fully understand the testing methods, the effectiveness, the possible dangers, or the nature of a placebo in testing situations.[4] They were also told about the trials under duress.[4] Half of these women received a placebo that has no effect, making transmission likely. As a result, an estimated 1000 babies contracted HIV/AIDS although a proven life-saving regimen already existed.[4] The CDC ended the short course testing in 1998 after they announced they had enough information from Thailand trials.[4]

In a project headed by Dr. Aubrey Levin during the 1970s to 1980s, the South African Defence Force forced lesbian and gay military personnel to undergo “sex-change” operations. This was part of a secret program to purge homosexuality in the army.[5] It included psychological coercion, chemical castration, electric shock, and other unethical medical experiments. An estimated 900 forced sexual reassignment operations may have been performed between 1971 and 1989 at military hospitals.[5] Most of the victims were males, young 16 to 24-year-old white men who were drafted into the army during the South African Border War. Women were also subject to the experimentation.[5][6]

Depo-Provera was clinically tested on black Rhodesian (now Zimbabwean) women in the 1970s.[1] Once approved, the drug was used as a birth control measure. Women on white-run commercial farms were coerced into accepting Depo-Provera.[7] In 1981, the drug was banned in what was by then Zimbabwe.[7] 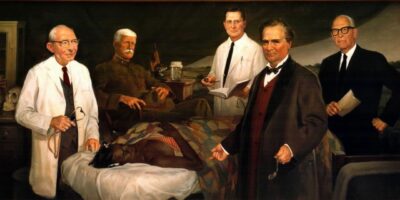 Dr. Eugen Fischer conducted sterilisation experiments on Herero women in German South-West Africa (now Namibia, less Walvis Bay etc.) in the early 1900s.[1][8] His experimentation was largely done on mixed-race offspring in order to provide justification to ban mixed-race marriages.[9] He joined the Nazi party thereafter where he did similar experiments in the Jewish concentration camps. Late stage studies were later continued by Doctor Hans Harmsen, founder of the German branch of International Planned Parenthood Federation (IPPF) who is also associated with the compulsory sterilisation in Nazi Germany.

3 thoughts on ““Misinformation” hampers fight for virus vaccine in Africa”