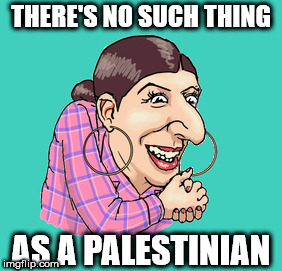 Oops! A real Palestinian has slipped into the US Zio occupied government….how did that happen? How can it be explained? Let’s call it a fraud, a liar, a sneak, a cheat and a terrorist!

RASHIDA TLAIB of Michigan was questionably elected to our house of representatives during the November 2018 primary election process. She lied about living in Detroit using her fathers house address .. she never lived there .. she lived in Dearborn ., her father has verified this.. .. if this is not the case os TLAIB Denies we would like proof of her residency in Detroit ..[A member of the Democratic Party, Tlaib represented the 6th and 12th districts of the Michigan House of Representatives before her election to Congress-admin]

We also demand a full investigation and recount of every vote that she supposedly received .. we also demand a full list of all campaign contributions and who donated to her because she has publicly displayed affiliations with extremist organizations [I didn’t see any!-admin]  on her social media accounts .. her words and actions are unprofessional to say the least using profanity and hate filled rhetoric against our country our citizens and our president ..

SHES THE ONE WHO SAID WE ARE GOING TO IMPEACH THIS MOT F€£KER REFERING (sp-ad)TO OUR PRESIDENT .. she is unfit to serve in any capacity within our [5th column] government because of her extreme bias .. the goal of this petition is to gather enough signatures to bring her actions against the United States into public view so that we may initiate an investigation into her background , and end her political career. 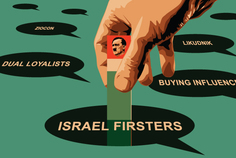 A Republican congressman is urging Speaker Nancy Pelosi (D-Calif.) to block freshman Rep. Rashida Tlaib (D-Mich.), the first Palestinian-American woman in Congress, from leading a delegation to the West Bank, arguing that the trip would hurt U.S.-Israel relations.

Tlaib’s planned delegation to the West Bank, which is set for the same time as the American Israel Public Affairs Committee’s (AIPAC) trip for new members of Congress, would be “inconsistent with our national values,” Texas Rep. Brian Babin (R) argued in a letter.

“I am writing to express my extreme concern that a newly elected Member of Congress, Rep. Rashida Tlaib, has plans to lead a taxpayer-funded Congressional delegation (CODEL) to Palestine,” Babin wrote in the letter to Pelosi.

“This action, from an outspoken supporter of the ‘BDS’ Israeli boycott movement and whose personal vitriol led her to publicly brag about calling our President a ‘mother****er’ to her young son, is both ill-conceived and inconsistent with our national values,” he added, referring to Tlaib’s much-publicized recent comments about impeaching President Trump.

Critics of the conservative-leaning AIPAC group argue that the trip for new lawmakers presents a narrow view of the Israeli-Palestinian dispute, and Tlaib herself has urged her fellow members of Congress to meet with Palestinian activists to hear their perspective. 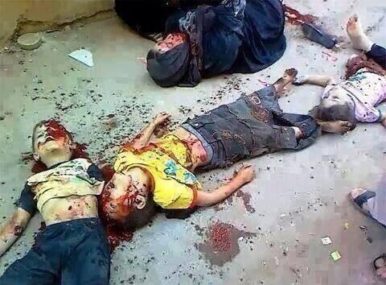 “I want us to see that segregation [between Israelis and Palestinians] and how that has really harmed us being able to achieve real peace in that region,” Tlaib told The Intercept in December. “I don’t think AIPAC provides a real, fair lens into this issue.”

Tlaib and fellow Muslim congresswoman Rep. Ilhan Omar (D-Minn.) are vocal supporters of the Boycott, Divestment and Sanctions (BDS) movement, which urges private entities and governments to avoid business with Israel’s government due to treatment of Palestinians in the West Bank and Gaza Strip.