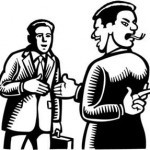 “If Americans were ever polled on it—and they never are—the majority who now object to increasing aid to Israel would also likely object to quasi-governmental and governmental positions being staffed by people who — by citizenship or sheer strength of identity politics — are primarily occupied with advancing Israeli interests rather than those of the United States.

At Israeli American Council, likely next House speaker pushes back against the perception that Democrats have drifted away from Israel

HOLLYWOOD, Florida (JTA) — Nancy Pelosi, the Democrat who likely will be speaker of the new US House of Representatives, listed pro-Israel lawmakers she plans to name to key committee positions and said her party remained fundamentally pro-Israel.

“Nancy is our Queen Esther of modern times,” exclaimed Jewish Congressman Robert Rush, as a myriad of Jews, (along with Rabbi David Saperstein who gave the keynote address and joined Pelosi on the podium with her six grandchildren, two of whom are Jewish), basked in their Jew-bought politician, Nancy Patricia Pelosi, during the reception. 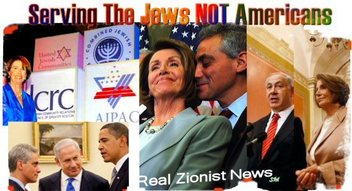 Jews donate to Pelosi and Pelosi returns the favor by legislating for Jewish interests. Pelosi was the key sponsor of HR 34, a Pelosi-led declaration passed on January 9, 2009 which recognized and applauded the Jewish slaughter of Gaza civilians.

“We have people very well placed to share our values,” Pelosi, a California Democrat, said in addressing the final event Sunday of the annual Israeli-American Council conference, after listing planned assignments. 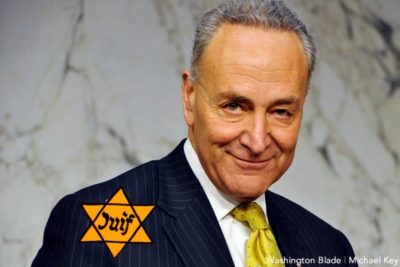 All have longstanding pro-Israel records and all but Hastings are Jewish.

Pelosi, appearing together with Sen. Chuck Schumer, D-New York, the minority leader in the Senate, were pushing back against the perception that Democrats have drifted away from Israel. Interviewing them was Haim Saban, the Israeli-American entertainment mogul who with casino magnate Sheldon Adelson are major backers of the IAC. Saban is also a major backer of Democratic politicians, and Adelson is seen as a Republican king-maker. 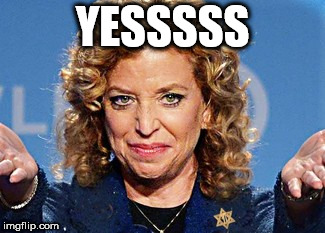 Pelosi urged those attending not to pay “attention to a few people who may want to go their own way,” apparently referring to newly elected Congress members such as Rashida Tlaib of Michigan and Ilhan Omar of Minnesota who have been sharply critical of Israel.

Schumer chimed in: “You couldn’t have two stronger supporters of Israel than Nita Lowey and Eliot Engel.”

Michael Chertoff, dual Israeli citizen Homeland security during 9/11 era: Many have wondered who let the detained suspected Israeli terrorist suspects go back to Israel, immediately after 911. Apparently it was Michael Chertoff.

3 thoughts on “Nancy Pelosi: “Not Enough Israeli Dual Citizens In Our Democrat Party””

3-continue to give them billions and billions of our dollars.
https://t.co/jLv5zknzZq
View on Twitter
17
0
LAGenie @lagenie24
20 hours ago
Rice, is being mentioned as a possible Biden choice for Vice President, she was one of the architects of the destruction of Libya and the escalation of U.S. military and intelligence operations directed against a non-threatening Syria.🤮 https://t.co/6fG7Fp92zS
View on Twitter