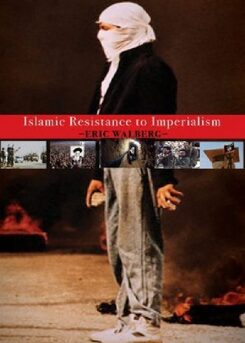 The imperial strategy of manipulating Muslims to promote imperial ends is at least two centuries old. Emerging most notably in the British use of Arabs to fracture the Ottoman Empire, it led to the creation of ‘Islamic states’ (Saudi Arabia and Pakistan) allied with the West; ongoing cooperation between western security forces and Islamists opposed to the atheism of socialist regimes; and the financing and training of jihadists.

From the beginning, we in the Resistance, have declared that our struggle was against the occupying Zionist aggressors on the land of Palestine and on our Arab land, not against Jews as followers of a heavenly religion (recognized by Islam) or as a people of the Book [Torah].

It is the Zionist movement that exploited Judaism and Jews to carry a colonialist occupation project in Palestine and the region, serving the British a hundred years ago, and later at the service of US policies.

The Jews who were brought from all over the world must know that they are only cannon fodder in a British Western colonialist war against the Arab and Islamic peoples in this region. And today they are the fuel for projects and US policies that target people of the region.

And when our peoples defend their lives, their land and honor in the face of Zionist gangs, they are unjustly accused of anti-Semitism. This (false) accusation is found in every corner of the world.

Today I say to Jewish scholars, their eminent personalities, their thinkers: Those who brought you from all over the world to Palestine for their own interests are ultimately working to your destruction. You must know it, because it is written in your religious books.

The current Israeli government led by Netanyahu is leading your people to annihilation and destruction. For he only makes plans for war, and only searches war.

He has worked in the past to prevent the signing of the nuclear deal with Iran, and he failed. He is currently working with Trump to tear this agreement and to push the region to a new war.

If Trump and Netanyahu push the region to a new war, this will be at your expense [Israelis], and it is you who will pay a very high price for the stupid policies of the head of your government.

And Netanyahu is also pushing the region towards war against Lebanon, Syria, Gaza and the Resistance movements, under misleading titles and defensive excuses, for a preventive war as he claims.

And here, I hope all Israelis will listen carefully to what I say: Netanyahu, his government and military officials did not correctly evalutate the magnitude this war will reach if they succeed to light its fires.

What will be its extent, what will be its territory, who will participate on it, who will enter it… Netanyahu, his government and military officials do not know how this war will end if they start it.
And I also confirm that they do not have an accurate picture of what awaits them if they undertake such a stupid act as this war.

They have no clarity (of vision), nor accurate assessment, nor just image. If they kindle the fire of the coming war, (they have no idea) how far it will reach, how extended will be its embrace, and who will participate in it.

That’s why I now call first all Jews except the Zionists to detach their considerations from Zionist calculations who lead themselves to their final destruction.

And I call on all those who came in occupied Palestine believing the promises that they would find the land of milk and honey to leave. I call them to leave Palestine and go back to the countries from which they came so that they don’t become mere fuel in any war to which the stupid Netanyahu government would lead them.

For if Netanyahu launched a war in this region, there may be no more time for them to leave Palestine, and there might be no safe place for them in occupied Palestine.

The enemy government must know that times have changed, as he must know that those with whom he hopes an alliance will be a burden for them because they need to be to defended themselves (and thus cannot help anyone).

And the scale of the massacres committed by Israel against the Palestinian people and the peoples of the region, its partnership with Daesh and its open complicity in the project of partition of our region through its open and eager support to the secession of Kurdistan, all this will push the people of the region to render a capital verdict against them.

And you know the extent of the flaws and loopholes that exist (in your army and society). And that’s why you must not allow stupid and arrogant leaders to lead you into an adventure in which there will be perhaps the end of all things and all that entity. […] 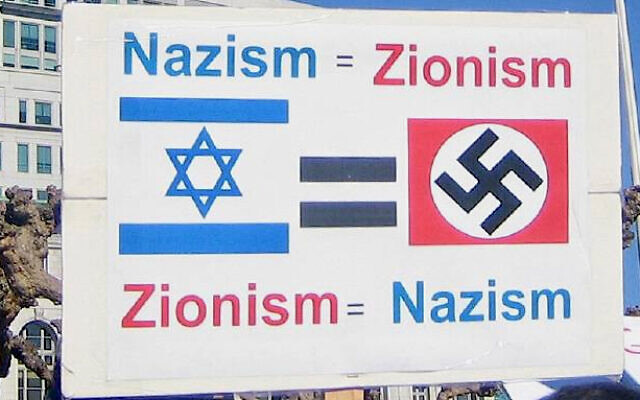 0
0
LAGenie Retweeted · Hans Alexander @hansalexrazo
14 hours ago
Daily reminder that Elizabeth Warren defended the bombing of schools and hospitals in Gaza back in 2014.

I'm not going to stop reminding people that Elizabeth Warren supported the bombing of children.
View on Twitter
910
0
Follow @lagenie24