I am searching for an analysis of this recent move.moonofalabama is a pretty good source. 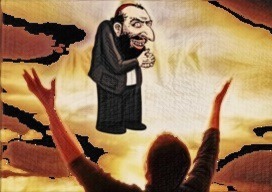 The political upheaval in Israel is a problem for the White House and its Middle East plans.

Netanyahoo had worked towards the earlier ceasefire to split Gaza under Hamas from the Palestinian Authority in the West Bank under Mahmoud Abbas. That split is along the ideological line of the larger split in the Middle East between Qatar and Turkey as the supporters of the Muslim Brotherhood and the absolute rules like the Saudi clown prince Mohammad bin Salman. Qatar is now financing Hamas in Gaza while the Saudis prop up Abbas.

This splitting up of the Palestinians is an intended part of the Jared Kushner ‘peace’ plan for the Middle East. The Palestinians shall no longer be recognized as a people but must be splintered into small local groups without a common identity who can then be more easily suppressed.

Lieberman seems to disagree with this plan. He wants to wage war against Hamas and defeat it. Any such attempt would of course reunite the Palestinians. But there is a loud constituency in the Zionist population that supports Lieberman’s way.

He wanted to avoid an early election. His Likud party just lost seats in local elections and he is afraid of a campaign that would play out over Gaza and his ‘dovish’ stand in the latest conflict.

But with only a two seat majority and an unstable coalition Netanyahoo will have trouble to hold on.

Naftali Bennett, the leader of the rightwing religious Jewish Home party, demands to be made defense minister. Netanyahoo does not want to give Bennet such a high profile job. But Bennett threatens to resign and to bring the Netanyahoo’s coalition down if he does not get his will.

Netanyahoo is already the prime minister, foreign minister and health minister of Israel. He will now add the title of defense minister if only for a short time. Elections will likely be held in March.

There are currently some 18 parties and political groups in the Knesset. Netanyahoo’s Likud party holds 30 of 120 seats but could easily lose some in a new election. With a smaller base Netanyahoo would have difficulties to build a new coalition and to again become prime minster.

Jared Kushner, the son in law of president Trump, has his ‘deal of the century’ Middle East plan build on his very personal relation with Netanyahoo and Mohammad bin Salman of Saudi Arabia. If Netanyahoo is no longer prime minister that plan is even more dead than it already seems to be. The Trump administration has no alternative policy and Kushner is not the one to develop and pursue it.

The common patron and biggest donor of Trump and of Netanyahoo is the casino billionaire Sheldon Adelson. Can he buy Netanyahoo a new premiership? If he can’t, and Trump’s Israel policy is thereby dead, will he still support Trump in his re-election campaign?

The White House will have to think about that and come up with a plan to support Netanyahoo. What could it do?

As for Lieberman. He is a brash and thuggish man with little political foresight. In 2016 he boosted that he would kill Ismail Haniyeh, the leader of Hamas in Gaza, should he become defense minister. Six weeks later he became defense minister.