“As the neoliberal order is visibly collapsing, it is giving rise to ‘morbid symptoms’

Since early Tuesday morning, when it became clear that the Iowa Democratic Party would not immediately release its 2020 caucus results, a range of conspiracy theories have bloomed on social media about the Democratic National Committee and Shadow Inc., the tech firm it enlisted to build its tabulating app.

The simplest explanation remains the most plausible: Through a combination of incompetence and fealty to the consultant class, Democrats hired a for-profit company grossly ill-equipped to handle the demands of a byzantine, statewide contest.

If supporters of Sen. Bernie Sanders, I-Vt., remain skeptical, they are not without reason. Setting aside Shadow Inc.’s apparent ties to the Buttigieg campaign, the Democratic establishment has openly plotted against the Vermont senator, while corporate media have signaled they will pull out all the stops to prevent him from securing the nomination. 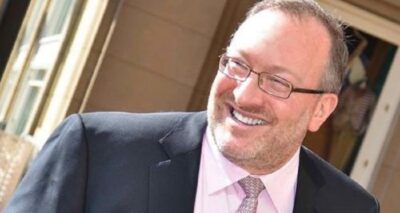 For Noam Chomsky, none of these developments should come as a surprise; Sanders challenges not just the power structure of the Democratic Party but that of the country itself. As he tells Truthout’s C.J. Polychroniou:
“Even more threatening than Sanders’s proposals to carry forward New Deal-style policies, I think, is his inspiring a popular movement that is steadily engaged in political action and direct activism to change the social order — a movement of people, mostly young, who have not internalized the norms of liberal democracy: that the public are ‘ignorant and meddlesome outsiders’ who are to be ‘spectators, not participants in action,’ entitled to push a lever every four years but are then to return to their TV sets and video games while the ‘responsible men’ look after serious matters.

This is a fundamental principle of democracy as expounded by prominent and influential liberal 20th–century American intellectuals, who took cognizance of ‘the stupidity of the average man’ and recognized that we should not be deluded by ‘democratic dogmatisms about men being the best judges of their own interests.’… Inspiring a popular movement that violates these norms is a serious attack on democracy, so conceived, an intolerable assault against good order.”

Chomsky also draws parallels between Sanders and British Labour’s Jeremy Corbyn, offering a theory as to why both are subject to such widespread attack by corporate media and their country’s major parties. Again, he points to elites’ fundamental disdain for democracy and a larger politics of inclusion:

“As in the case of Sanders, I suspect that the prime reason for the bitter hatred of Corbyn on the part of a very wide spectrum of the British establishment is his effort to turn the Labour Party into a participatory organization that would not leave electoral politics in the hands of the Labour bureaucracy and would proceed beyond the narrow realm of electoral politics to far broader and constant activism and engagement in public affairs.”

The author and activist ends his interview, fittingly, with an allusion to the Italian Marxist philosopher Antonio Gramsci.

“As the neoliberal order is visibly collapsing, it is giving rise to ‘morbid symptoms’ (to borrow Gramsci’s famous phrase when the fascist plague was looming),” he concludes.

“Among these are the spread of authoritarianism and the far right. … More generally, what we are witnessing is quite understandable anger, resentment and contempt for the political institutions that have implemented the neoliberal assault — but also the rise of activist movements that seek to overcome the ills of global society and to stem and reverse the race to destruction.”

Read the interview in its entirety at Truthout.

LAGenie Retweeted · Nagy Abdelsalam @24nagyelshafie
16 hours ago
Never, ever, ever to name Israel as a state. Israel is a very systematic gang that follows the laws of predatory forest, supported by USA, Europe, and all Arab rulers because all of them are dictators and Zionist agents particularly M. Abbas, Sissi, M. Salman https://t.co/hMGRGaV0cc
View on Twitter
2
0
LAGenie @lagenie24
3 days ago
https://t.co/43i4t9YSaL https://t.co/RJj9xtimbZ
View on Twitter

1185
0
LAGenie Retweeted · Burning Flowers... @willwilla1
4 days ago
@danielmarans @fshakir @BernieSanders Everyone sees the writing on the wall. Get on board or get pitchforked, ur choice...
View on Twitter
1
0
LAGenie Retweeted · Chris Floyd @empireburlesque
4 days ago
My fellow Americans: You think you live in a free country? You don't. You live in an authoritarian ethno-state that's sending armed goons to impose its will on you. And these same goons will come for you if the vote goes the "wrong" way in November. https://t.co/p9xxQuo7Qe
View on Twitter
7
0
Follow @lagenie24