THE BANKERS ARE TOO FAT TO BE JAILED? 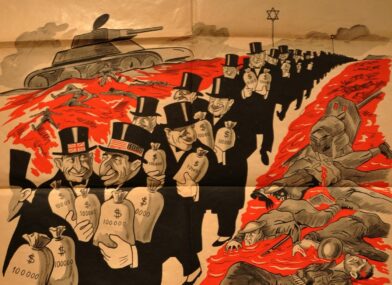 What we are clearly seeing here is that if you are against anything that the Zionist regime has cooked up, then you are more than likely to be labeled a terrorist or something equally worse.

Whatever they do, you must accept it.

In the Zionist world, free speech and free expression are simply relics of the past.

Whenever the Zionist mob is not in charge, they ask for diversity; but whenever they take control over the academia, they fine you if you ask for just an ounce of diversity.

If you question the “Holocaust” in Germany—like the 73-year old Bishop Williamson has done—you will be fined $2,431.

[11] Then you have Zionist shills such as David Cameron who will increase funding for the Holocaust story to stay alive.[12] 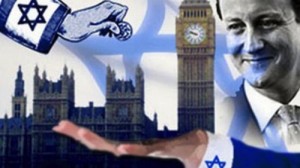 Where will Cameron get the money?

Well, he will loot the average guy in England.

There is more bad news.

You, the average American, are going to send your sons and daughters to die not for freedom but for the Zionist regime.

Citing again Andrew Bacevich:
“Few of the very rich send their sons or daughters to fight.

Few of those leaving the military’s ranks find their way into the ranks of plutocracy.”[14]

And what do all those perpetual wars bring? Bacevich tells us: “civic decay, child poverty, homelessness, illegitimacy, and eating disorders,” where many people are now “overweight, overmedicated, and deeply in hock…”[15] 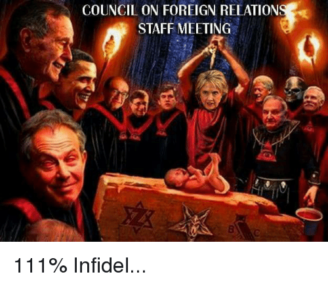 If you think that Bacevich is just pulling your leg, just read the article by the American Prospect last month entitled, “What’s Killing Poor White Women?”

[16] And if you think the Zionist regime cares about what you think, just read about the current situation in America.

Virtually everyone knows that the debt ceiling in America is pathetic and that the country is already in its economic coffin.

Obama summoned both parties at the White House precisely because they all know the country is already on the brink of economic collapse.[17]

Yet in the midst of all this, Netanyahu wants the U.S. to threaten Iran, obviously to produce more bloodshed in the Middle East.

The Zionist regime is currently looting pension funds,[18] and this activity has already sent shockwave across the nation.[19]

But you have to zip your lips. Business Insider has recently declared that “markets are crumbling all around the world as government shutdown gets close,”[20] but the Zionist regime is pushing more wars in the Middle East, including a bloody conflict with Iran.

It has also been reported that nearly 5 million people are unemployed in Spain alone,[21] but we cannot focus on this problem because Israel is much more important.

Jewish companies such as Goldman Sachs and Wall Street are largely responsible for the economic collapse, but you, the average American, must use your own retirement money to bail them out.[22]

How do those companies use your precious money?

Those Jewish bankers use them to fund drug lords and terrorism! Matt Taibbi of the Rolling Stone reported last February:
“For at least half a decade, the storied British colonial banking power helped to wash hundreds of millions of dollars for drug mobs, including Mexico’s Sinaloa drug cartel, suspected in tens of thousands of murders just in the past 10 years…

“The bank also moved money for organizations linked to Al Qaeda and Hezbollah, and for Russian gangsters…

“‘They violated every [expletive] law in the book,’ says Jack Blum, an attorney and former Senate investigator who headed a major bribery investigation against Lockheed in the 1970s that led to the passage of the Foreign Corrupt Practices Act.

‘They took every imaginable form of illegal and illicit business.’”[23]

And if you think that the war in Afghanistan has produced democracy, think again. In 1979, Afghanistan was producing only 250 tons of opium.

By 2007, when the neo-Bolsheviks took over the country, at least “40,000 tons of illicit opiates have been stockpiled in Afghanistan, mostly to be marketed abroad.

“As of 2012, it was the world’s leading supplier of opium, with 74% of the global market, a figure that was expected to hit 90% as U.S. combat troops leave (and foreign aid flees).

In other words, success in an endless war in that country has meant creating the world’s first true narco-state.”[24]

In short, we have reached an intolerable situation. 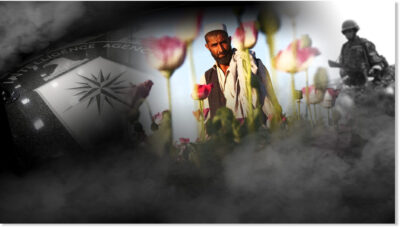 NATO forces were more or less guarding poppy fields and poppy production, under the guise of counterinsurgency. The logic was ‘we don’t want to take away the livelihoods of the people.’ But really, what we were doing at that point was protecting the wealth of our friends in power in Afghanistan. “

We have the NSA virtually sucking the life out of virtually every American and much of the world by snooping on them, and we have Zombie Capitalist monsters such as Goldman Sachs, Wall Street, Bain Capital, JPMorgan Chase literally cheating the average American.

We have the Israeli regime currently destabilizing the West Bank by destroying Palestinian homes and building Jewish settlements in replacement.[25]

“The military demolished all homes in the community on September 16, 2013, and blocked four attempts by humanitarian groups to provide shelters, with soldiers using force against residents, humanitarian workers, and foreign diplomats on September 20.

“Under international humanitarian law in effect in the occupied West Bank, the deliberate unlawful forced transfer of a population is a war crime.”[26]

But despite the Zionist political power over us, Americans are waking up and beginning to see that they have been lied to.[78]

In addition, more and more neoconservative think tanks are beginning to be exposed as hoaxes and propaganda machines.

The Elizabeth O’Bagy story is a classic case in point.

The legendary O’Bagy, who served as an analyst for the neoconservative Institute for the Study of War (headed by Jewish neocon Kimberly Kagan) and who was a frequent guest in the Zionist media, kept telling the entire world that she was a Ph.D. student at Georgetown University.

There was one problem: Georgetown had no record of O’Bagy.

Once the world knew that she was a joke, the Institute fired her.

Here’s the kicker: O’Bagy has been hired by John McCain as a legislative assistant.

McCain declared:
“Elizabeth is a talented researcher, and I have been very impressed by her knowledge and analysis in multiple briefings over the last year.”[79]

What probably brought O’Bagy to McCain’s attention was that she had close contacts with Syrian rebel/terrorist organizations and
“her work became widely cited by high-profile figures, including Senator John McCain.

“In a lengthy Senate Foreign Relations Committee hearing with Secretary of State John Kerry, Secretary of Defense Chuck Hagel, and General Martin Dempsey, McCain cited ‘Dr. O’Bagy’ extensively, quoting her Wall Street Journal op-ed, in which she argued, ‘the war in Syria is not being waged entirely or even predominately by dangerous Islamists and al-Qaida die-hards.’

“Indeed, the moderate nature of the Syrian rebels is a trope of O’Bagy’s reports for ISW just as it has been in McCain’s calls on the White House to arm the Syrian rebels. It is said that O’Bagy even orchestrated McCain’s trip to Syria to visit rebel commanders.”[80]

As Ryan Evans of the National Interest rightly puts it,
“Still, we have to give Senator McCain some credit for his consistency.

For a few years now, his view of the world has been largely fictional.

At least he now employs an effective specialist in foreign-policy fictions.”[81]

In response to McCain’s article on Putin, Russian politician Dmitry Peskov declared that McCain’s piece is “not intelligent.”

He continued to say that
“McCain presents himself as a pro-Russian politician, because he is supposed to support the interests of the people against the oppressing authorities.

“This point is so naïve, and it’s so something from the Cold War propaganda arsenal, that it’s even difficult to explain, why the senator of the USA has such primitive thoughts.”[82]
Glenn Greenwald would probably call that “herd behavior.”[83]

McCain is wrapped around “primitive thoughts” because the neo-Bolshevik/Zionist/neoconservative dream is primitive in its ideological and political form.

Those “primitive thoughts” want to drag the world to the Zionist guillotine where millions upon millions will be screaming for their lives like slaughtered chickens.

0
0
LAGenie Retweeted · Team Palestina @TeamPalestina
10 hours ago
Tomorrow! #Derry #IPSC will have an information stall at the University of #Ulster Magee campus for freshers' week on Monday 20th September from 9.30 to 3pm. Find out about the work of the @IPSC and about #Palestine 🇵🇸 https://t.co/FlYYZo6vAM
View on Twitter

2
0
LAGenie Retweeted · Oldham Peace and Justice @OLDpeacejustice
10 hours ago
Israel continues to bomb the Gaza Strip on a regular basis.