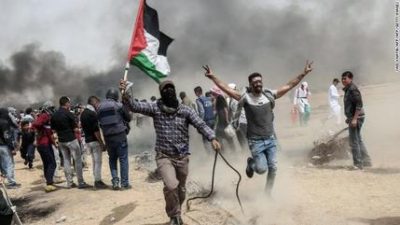 I adopted these principles of unity years ago and will always stand by them. There’s no ‘back to the 1967 borders’. No ‘2 state solution’. There’s no place for Zionist imperialism. I don’t recognize ‘Israel’ as a legitimate state. There is no ‘making peace’ with colonization. 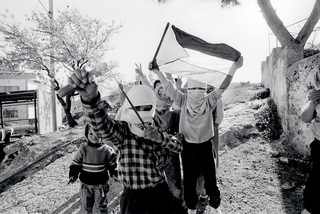 *R: Confront Racism and Colonialism! : Zionism is a form of white supremacy and European colonialism. “Israel” was founded on Zionism and is therefore an unjust and illegitimate state.

*R: Right to Return and Reclaim Land: Palestinians have a right to return and reclaim all of their historic land. All of historic Palestine should be decolonized.

*R: Right to Resist: Palestinians have the right to resist colonization and genocide and the theft of  their land and resources. This includes the right to resist settlers (the primary genocidal force in Palestine) and the military. The struggle of the Palestinian people is part of a regional struggle against US, European, and Zionist imperialism.

In April of 2008, NECDP held a conference entitled “Struggle for the Land: Zionism and the Repression of Anti-Colonial Movements.” The following document is a product of the workshops and the series of discussions that followed. It includes a section entitled “11 Methods of Zionist Disruption and Strategies for Addressing Disruption.” We send it out as a call to organizers in movements for social and political change to adopt anti-Zionist principles as part of their work.